Based on preliminary data, it appears that the second U.S. housing bubble may have entered a new phase. If the trends we observe in the data hold, it would mark the third phase of the bubble, which originally began to inflate in July 2012. 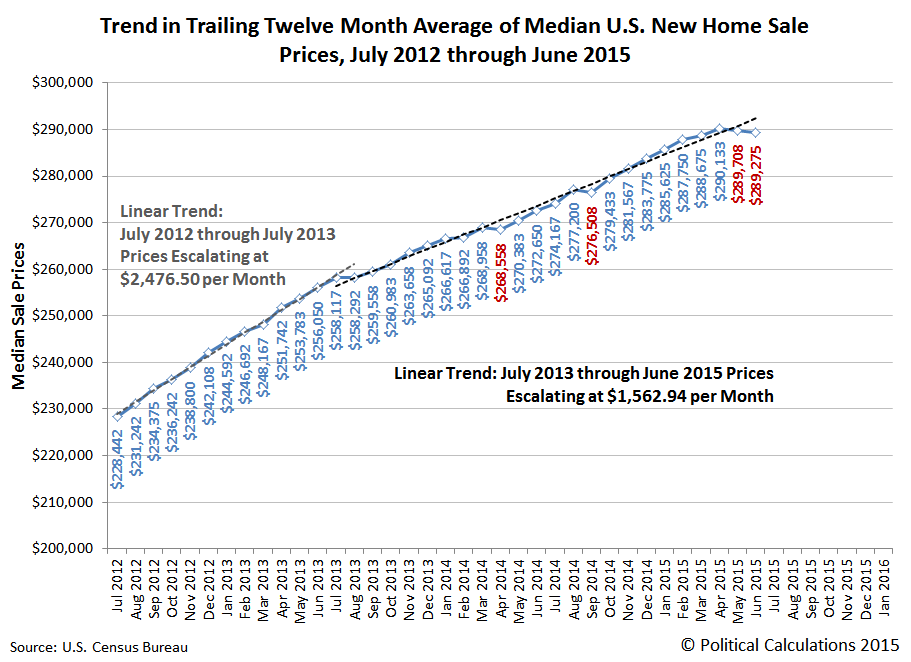 The initial inflation phase of the second U.S. housing bubble was caused by the sudden influx of investment from a number of hedge funds and real estate investment firms, who made the strategic decision to acquire distressed properties in the U.S. residential real estate market. That first phase lasted a year until the supply of available distressed properties was reduced to the point where they found it difficult to continue their rate of acquisitions as prices rose, where they would no longer have easy returns on their investments. 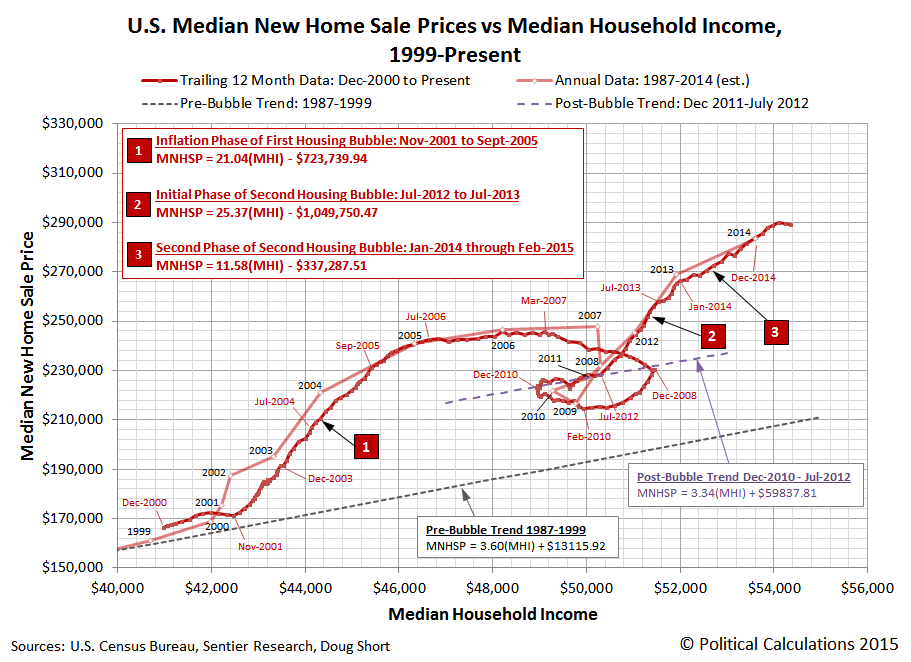 During that first phase, U.S. homebuilders largely abandoned the production of less expensive homes for the low end of the market, which is what caused U.S. home prices to escalate at rates that were faster than those recorded during the inflation phase of the first U.S. housing bubble in the period from November 2001 through December 2005. The second U.S. housing bubble then entered its second phase, where U.S. new home sale prices began rising at a slower, but still escalated rate.

That second phase now appears to have lasted up until February 2015. A third phase, in which U.S. homebuilders would once again appear to have begun producing a larger number of new homes for the lower end of the market, with the results of that change in business strategy beginning to show up in the national level data after February 2015.

We do not as yet have enough data to quantify the new phase that would appear to be developing for new home sale prices, as the data we do have is still subject to revision. As a general rule, it takes a minimum of six data points to do so, so with monthly data, we should be able to do so after the data for August 2015 is reported.

Alternatively, if we were completely unconcerned by random variation in the data, we could simply project a linear trend by drawing a line through the two most recent data points, but that's clearly a less than reliable approach.

Let's next look at the bigger picture of where the current trends for median new home sale prices with respect to median household income with all the available data we have going back to 1967. 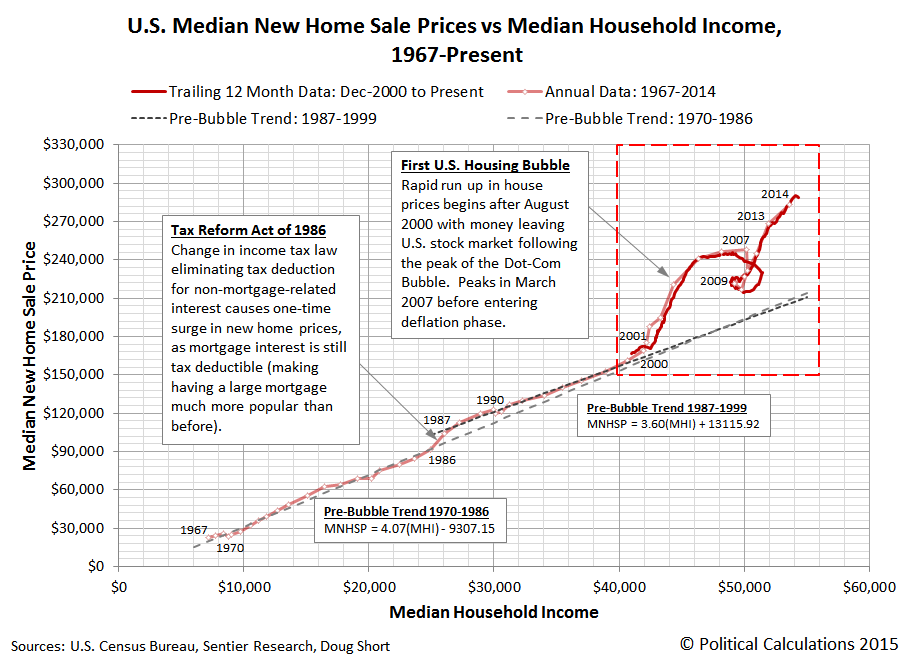 As of June 2015, we estimate that the median sale price of a new home in the U.S. is about 27% above the level that would have been consistent with the relationship between new home prices and median household income in the years from 1967 through 1999.

Sentier Research. Household Income Trends: June 2015. [PDF Document]. Accessed 24 July 2015. [Note: We have converted all the older inflation-adjusted values presented in this source to be in terms of their original, nominal values (a.k.a. "current U.S. dollars") for use in our charts, which means that we have a true apples-to-apples basis for pairing this data with the median new home sale price data reported by the U.S. Census Bureau.]