Via Barry Ritholtz, we were impressed by the following chart from Bloomberg indicating at "when your city became unaffordable", as measured by percentage of the income earned by a typical 22-to-34 year old American worker within a given major U.S. city would have go to pay the typical rent in that city: 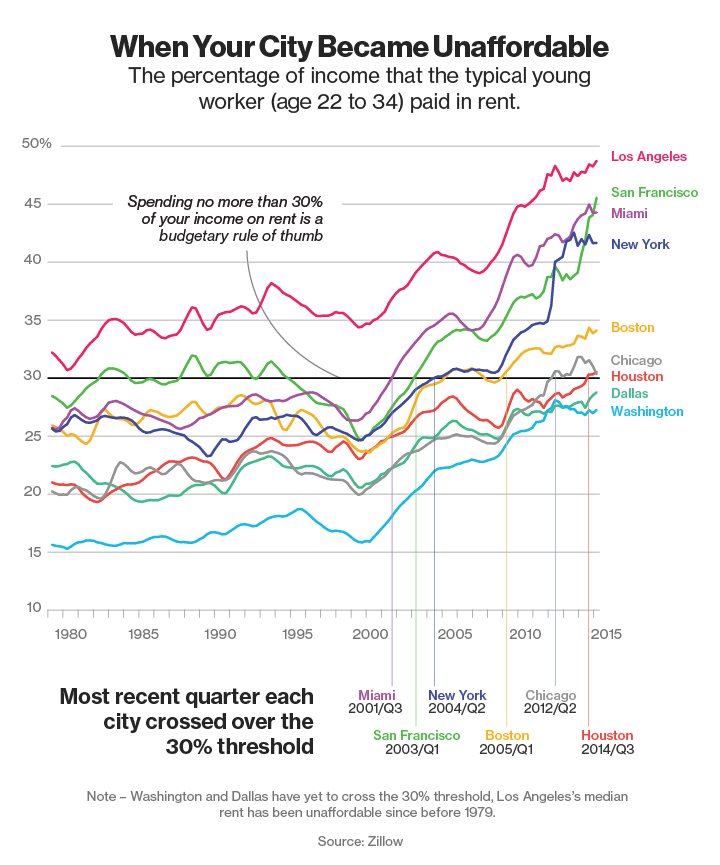 So we tweaked one of our favorite charts to go along the data shown in the chart above so that it covers the same period of time. 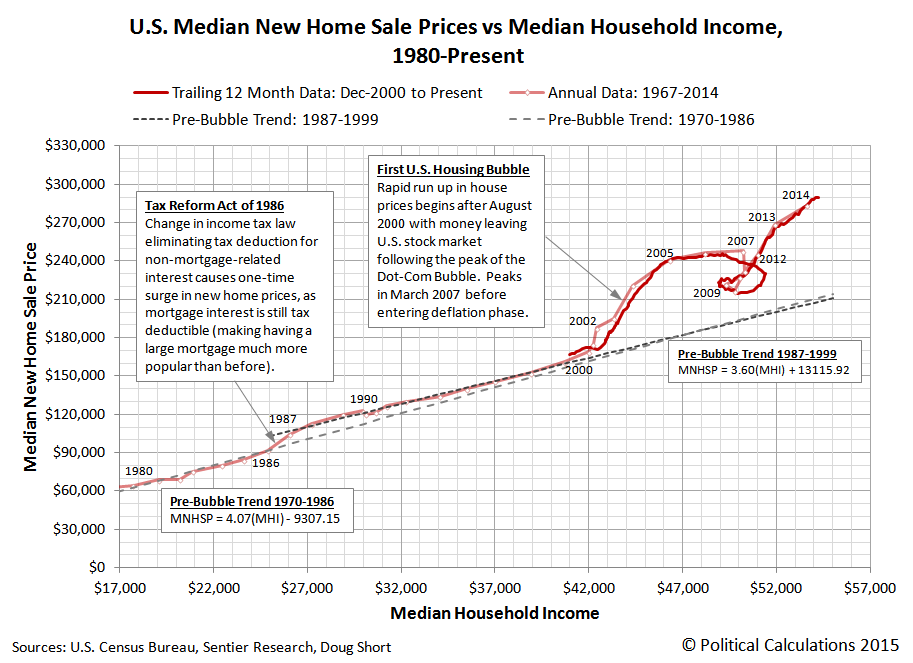 Draw your own insights!