Believe it or not, August is shaping up to be the second best month for dividends in 2015.

But don't take our word for it - the proof is in our near-real time measure of the level of distress in the U.S. economy, the cumulative number of U.S. firms announcing that they are cutting their cash dividend payments to their shareholder owners by day of the quarter. 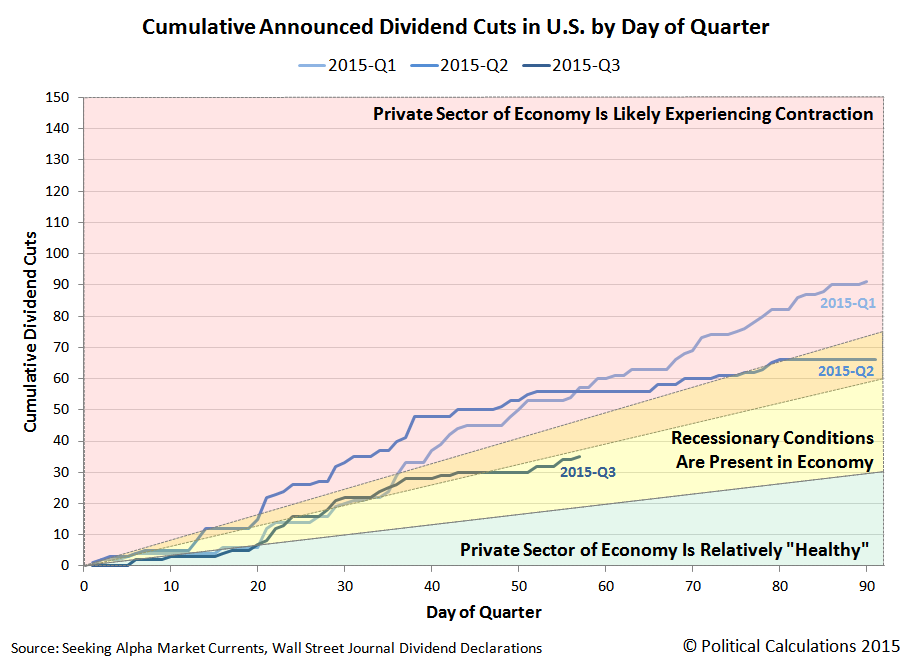 The best month of 2015 was June 2015, which only saw 10 firms cut their dividends according to Seeking Alpha's Market Currents and the Wall Street Journal's daily listing of dividend declarations. At 13 (and counting since the month hasn't run out of trading days yet), it is unlikely that the total for August 2015 will surpass the next-highest total of 21, which was recorded in January 2015.

And since 26 August 2015 qualifies as what we would consider to be an interesting day for the stock market, here's the latest update to our alternative futures chart, where it you can predict how far ahead in time investors are focusing their attention, you can anticipate within a relatively narrow margin of where stock prices will go next. 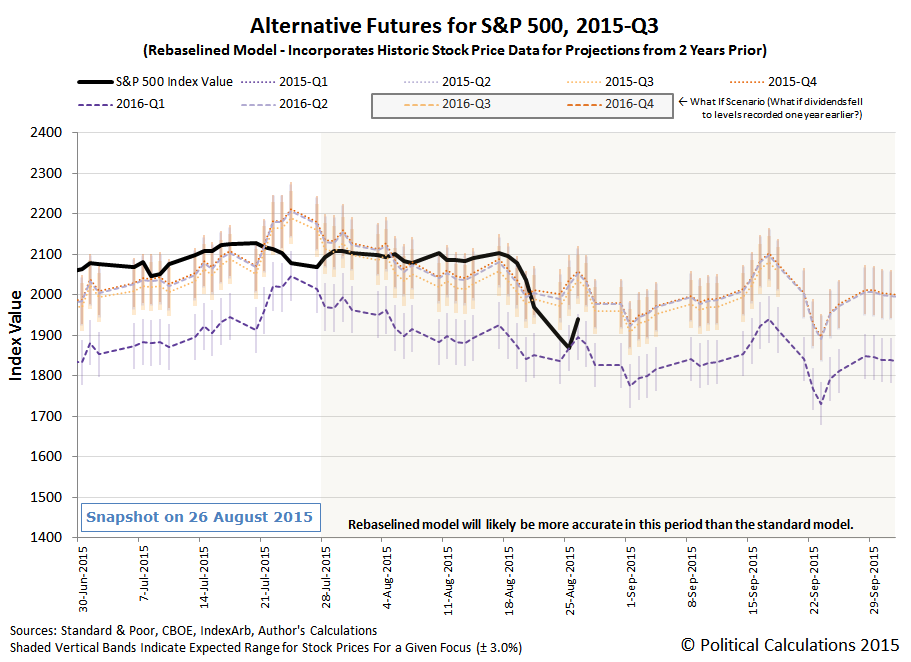 Even with closing up by 72.90 points, the third best trading day ever for the S&P 500 in terms of the point difference from the previous day's closing value, investors would appear to remain focused on 2016-Q1 in setting today's stock prices. Keeping in mind that we're referring to the dividend futures contract that will come into effect after the third Friday of December 2015, which means it covers dividends that will be paid out at the end of the current calendar year through the third Friday in March 2016, that very recent shift in focus is not a good one for investors looking for positive returns.

In our updated chart above, we've begun projecting the impact from the shock wave left behind by the extraordinary market activity of the past week into the future, much of which is a consequence of the event's effect upon the nation's bond markets. Speaking of which, that's a major factor in how we were able to accurately forecast the onset of the event, a good portion of which was embedded into the future of the stock market because of what happened exactly two years ago.

Meanwhile, behind the scenes, we've peered ahead in time through the end of the year, but we're going to hold off on commenting on what we've seen until this initial shock has dissippated to a greater extent and we have a better idea of what the impact crater it is leaving behind will look like.