Going by the number of publicly-traded U.S. companies that announced they were cutting their dividend payments in July 2015, perhaps the simplest and most powerful indicator of the nation's relative economic health, it appears that a significant portion of the U.S. economy is continuing to experience recessionary conditions. 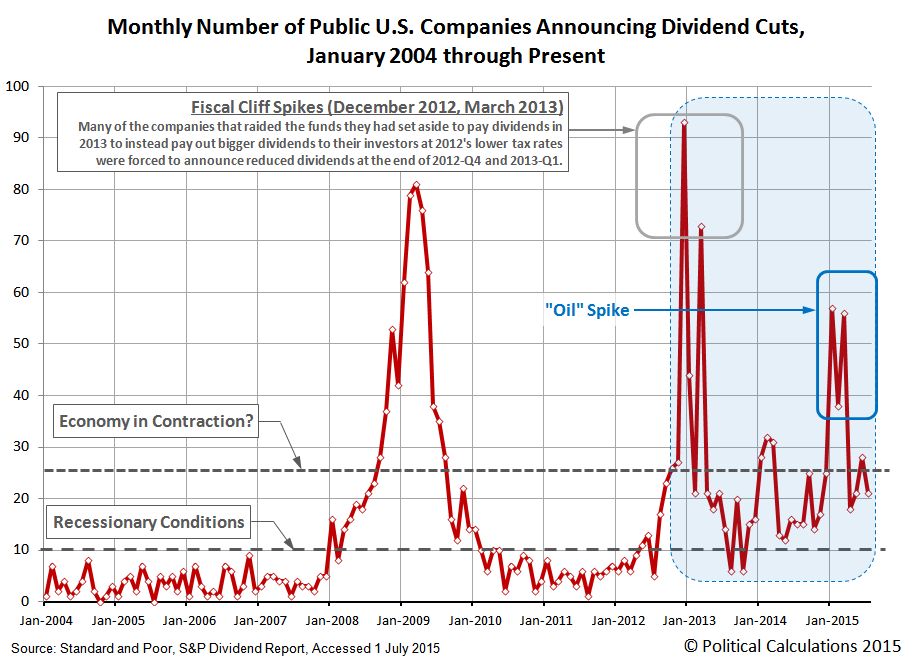 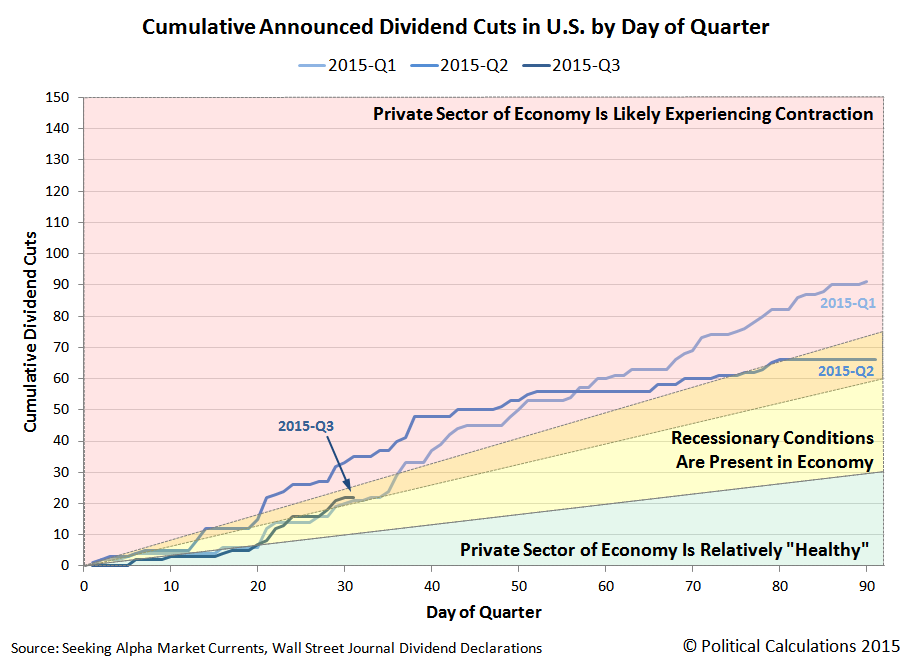 As for which part of the U.S. economy is experiencing recessionary conditions, we found after digging into the various announcements that we observed during the past month that over half of the firms that announced they would be cutting their dividends in July 2015 are in the oil and mining industries. Much as has been the case throughout the year to date.

Looking back at 2015-Q1, the pace of dividend cuts in that quarter worsened after West Texas Intermediate crude oil prices dropped below $50 per barrel in mid-January 2015 and stayed below that level into April 2015. Unfortunately, the price of WTI-crude oil once again dropped below that key threshold near the end of July 2015, so we may be in for something of a repeat where dividend cuts are concerned....