Back in December 2014, we picked up on a change in business strategy by a number of U.S. home builders, where several such as D.R. Horton (NYSE: DHI), Lennar (NYSE: LEN) and Pulte (NYSE: PHM) were going to focus a much larger portion of their business in 2015 on builing more affordable, entry level homes.

With data just over halfway through the year, we can see some very clear effects of that strategy of obtaining profits from volume over profit. First, in terms of affordability, the growth of median new home prices has stalled out at roughly $290,000 with respect to the estimate of median household income reported by Sentier Research in each month since February 2015, even though median household income has continued to increase. 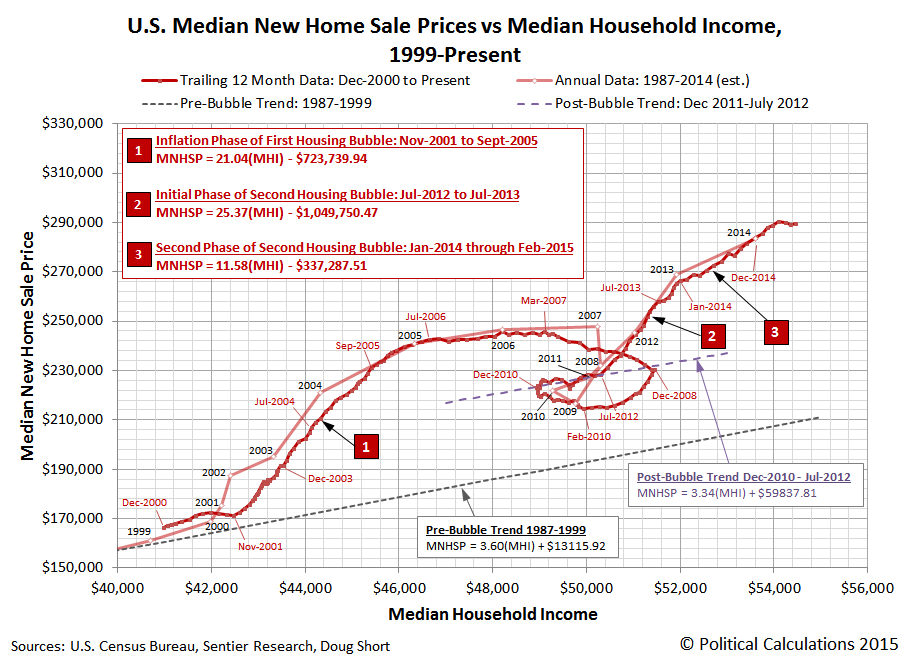 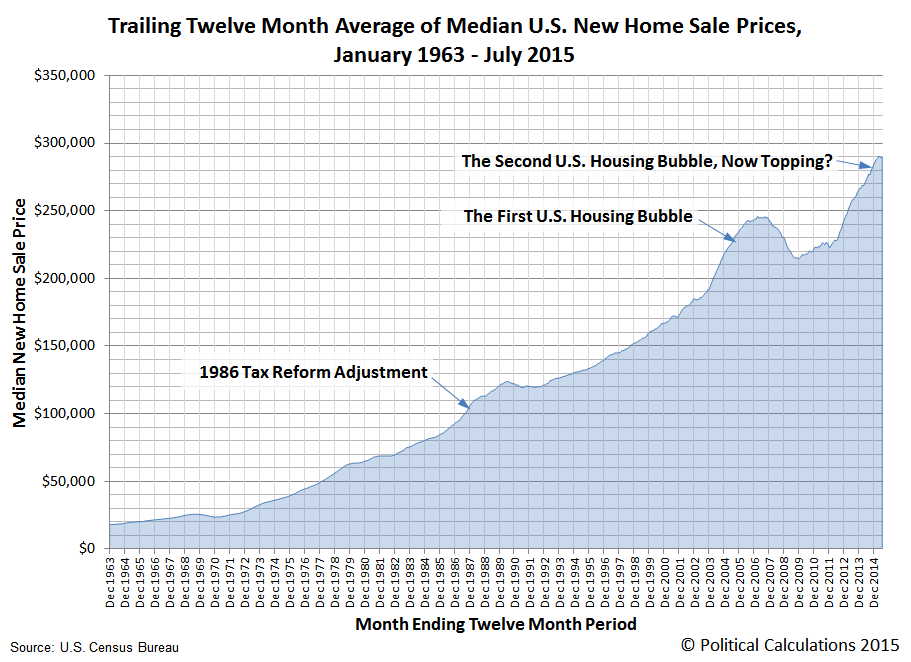 Next, we estimated the equivalent market capitalization of all new homes built in the U.S., using the U.S. Census Bureau's historical records of new residential sales and their average sale price. We find that the market capitalization of all new homes sold in the U.S. has continued to increase, even as their prices have stalled out, which means that their increasing market cap is being driven by an increasing number of sales. 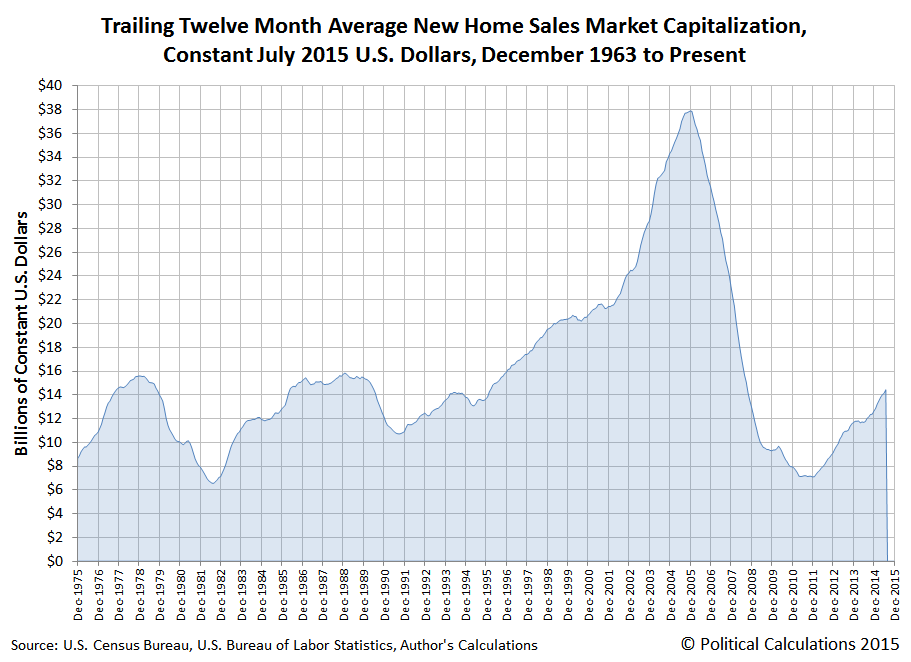 We should note that the U.S. Census Bureau's monthly data for average new home sale prices only extends back to 1975.