Today, we're going to tell a big story with just two charts. Here's the first, which updates the chart we last featured on 15 October 2015. 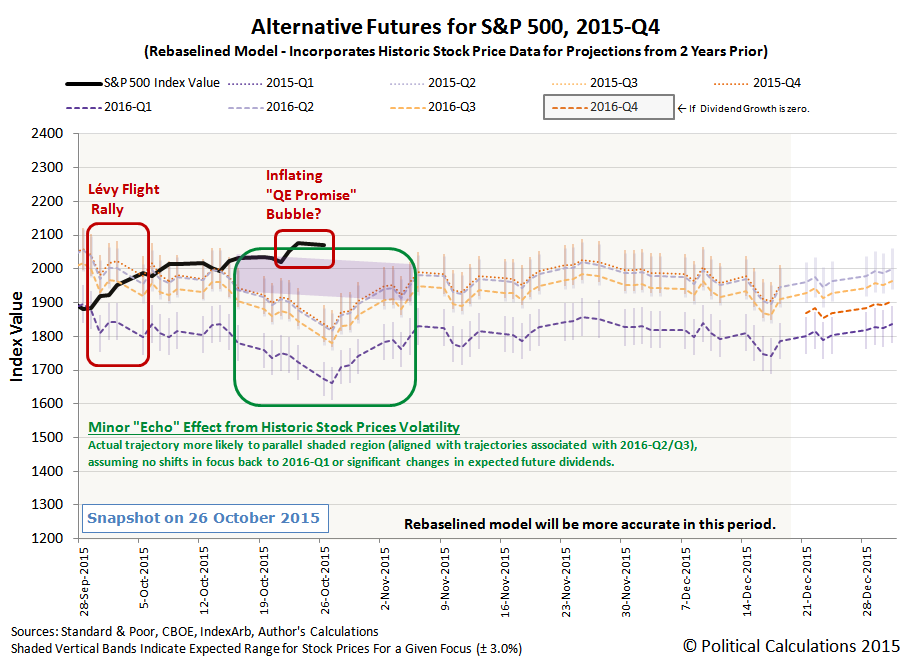 In case you are wondering what we mean by "QE Promise" in the chart above, we're hearing that the European Central Bank is looking to extend its current Quantitative Easing program, where it is currently buying 60 billion Euros worth of bonds each month, by another six months. Oh, and is also considering expanding it by another 10-20 billion Euros per month.

But that's not the big question that needs to be answered, because in our second chart, in which we get under the hood of the S&P 500 with some old school analysis, spanning 2015 to date, we show why what we showed in the first chart is such a concern.... 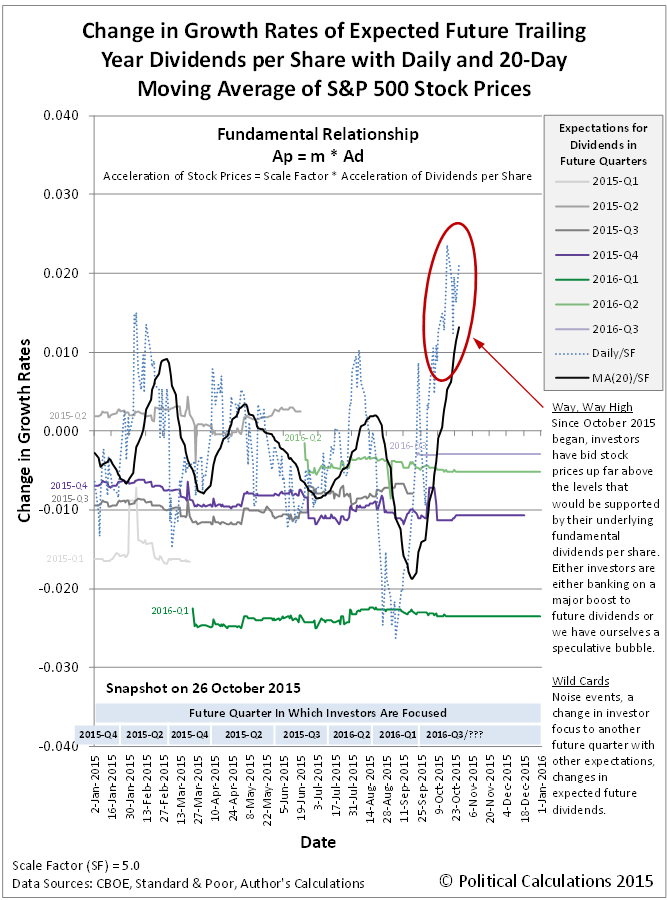 But now, in the days since the market reacted to the ECB's announcement that it is considering extending and potentially expanding its QE program, U.S. stock prices have risen well above the levels we would expect to see them at if they were purely being driven by the market's underlying fundamentals.

That suggests that speculation, more than any other factor, is what has driven stock prices to their currently elevated levels, where investors in the U.S. market are betting in favor of one or more of the following possibilities:

In short, we think it's a noise event. The good news it that is would appear to be one that is actually providing a positive benefit in that it has shifted the likely future trajectory of stock prices to be higher than what we were projecting a month ago.

The bad news is that it's a noise event. All noise events end - it's only ever a question of when.