One week ago, we described the pace of U.S. companies announcing that they would be cutting their cash dividend payments to their shareholders as being between "slow-to-slowing growth and contraction".

There's no in-between any more. Over the last week, the pace of dividend cut announcements has ramped up to where they have reached levels that are consistent with economic contraction occurring within the U.S. economy.

Our first chart shows that result with respect to the trajectories that dividend cut announcements took in each the previous quarters in 2015: 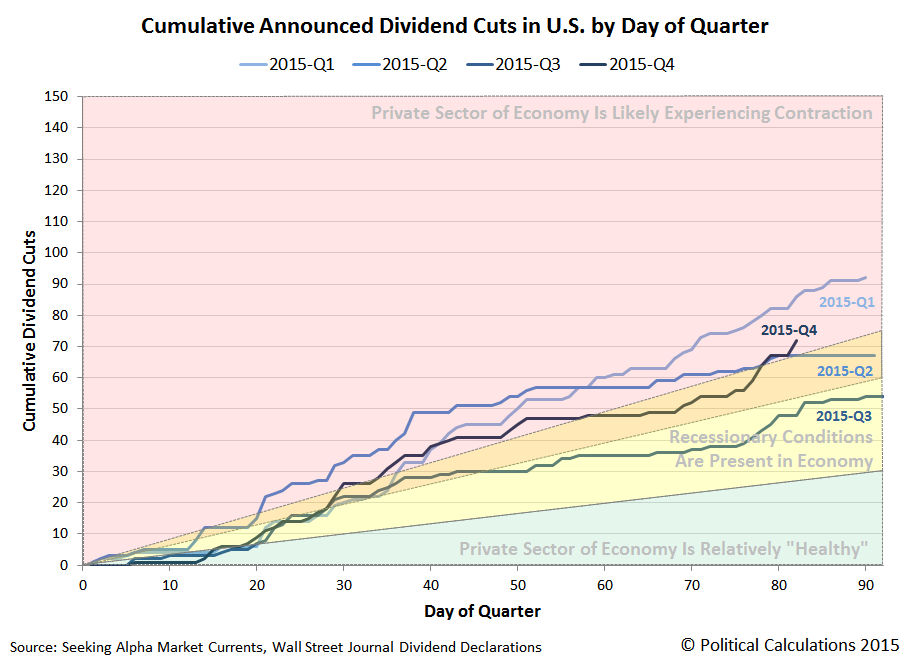 A week ago, we also noted that the pace of dividend cuts in 2015-Q4 had been tracking along pretty closely with the pace at which dividend cut announcements arrived a year earlier, in 2014-Q4. That's no longer true, as 2015-Q4 has clearly taken a sharp turn for the worse. 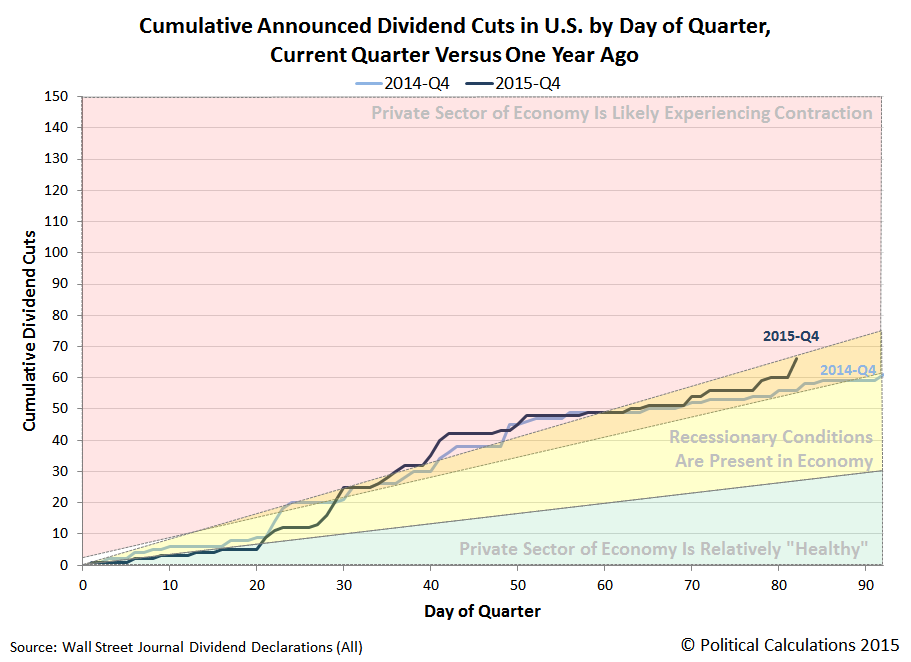 In this second chart, which is based only upon data from the WSJ's Dividend Declarations database, we can confirm that the picture for 2015-Q4 is actually worse than it appears, as the WSJ's database has missed some very prominent dividend cuts that have taken place during the current quarter, such as those for Kinder Morgan, Freeport McMoran, and three of the Teekay family of traded companies, despite the Wall Street Journal itself carrying articles announcing the cuts. (If you work at the WSJ, you might want to see about fixing that problem....)

Finally, if you recall, 2014-Q4 was a quarter defined by slowing growth ahead of the dismal economic performance of 2015-Q1. 2015-Q4 is shaping up to be a worse quarter for growth than 2014-Q4 - at least if the near real time relative economic health indicator of the number of dividend cuts is any indication.