Twenty-one days into 2016, we can confirm that the pace of dividend cuts being announced in 2016-Q1 is slower than at the same point of time in the first quarter of 2015. Which is an early indication that the U.S. economy is so far performing better than it did a year ago. 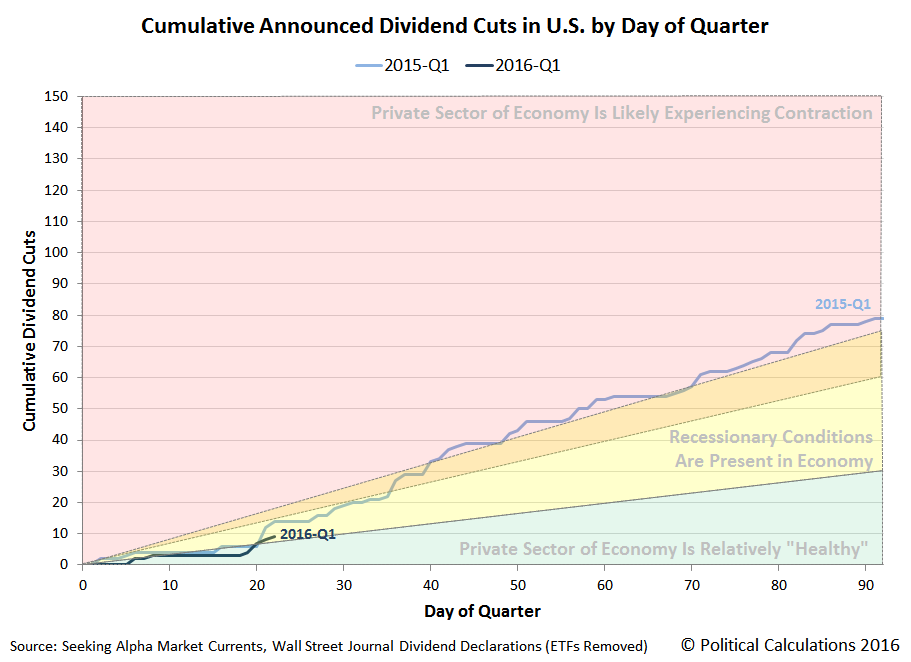 After these accounting adjustments, what we find is that virtually every U.S. firm that has so far announced dividend cuts through this early point in the first quarter of 2016 can be considered to be part of the U.S. oil production industry. The only technical exception is CSI Compressco (NASDAQ: CCLP), a manufacturing services firm that supports U.S. oil producers.

And so, like 2015-Q1, we find that the greatest degree of economic distress in the U.S. economy is primarily to be found in the oil producing sector of the U.S. economy.