We had to wait until Monday, 29 February 2016 to get the monthly household income data from Sentier Research for December 2015, but we're now able to update our chart showing the trajectory of median new home sale prices versus median household income for each month of the last 15 years over which this data is available. 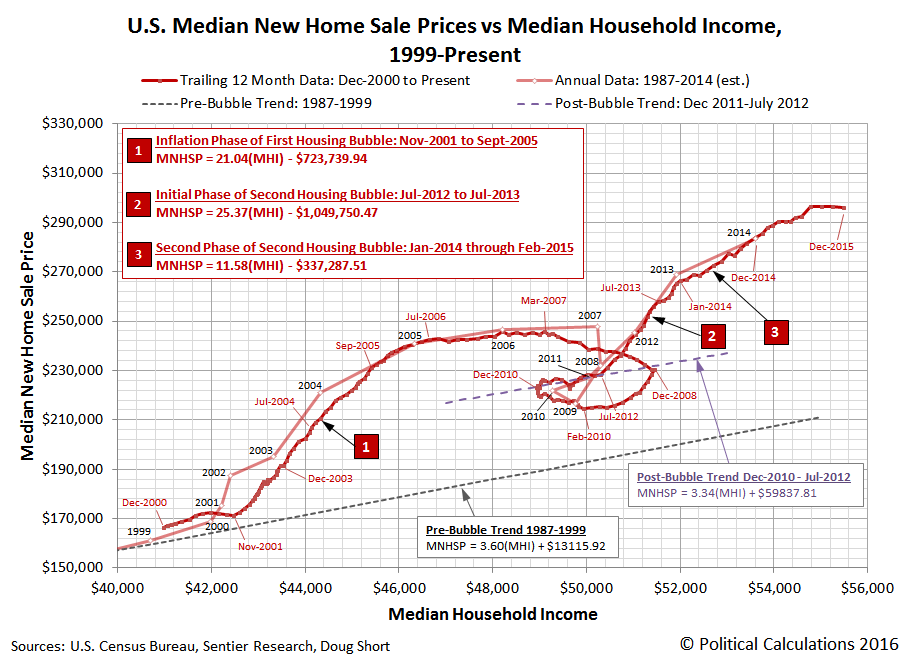 According to the chart, the trailing twelve month average of median U.S. new home sale prices peaked in September 2015 at $296,375. Since then, as median household incomes have risen, new homes have become more affordable, as they have not risen in price in recent months.

So in case you're wondering where a good part of all the inflation is hiding....

Sentier Research. Household Income Trends: December 2015. [PDF Document]. 29 February 2016. [Note: We have converted all the older inflation-adjusted values presented in this source to be in terms of their original, nominal values (a.k.a. "current U.S. dollars") for use in our charts, which means that we have a true apples-to-apples basis for pairing this data with the median new home sale price data reported by the U.S. Census Bureau.]