While we were drafting yesterday's post on Australia's economy, we came across the following maps, which we've combined into one image. The top portion shows the geographic population density of Australia as of 30 June 2012, while the lower portion shows a habitability map that was drawn up about 90 years earlier. 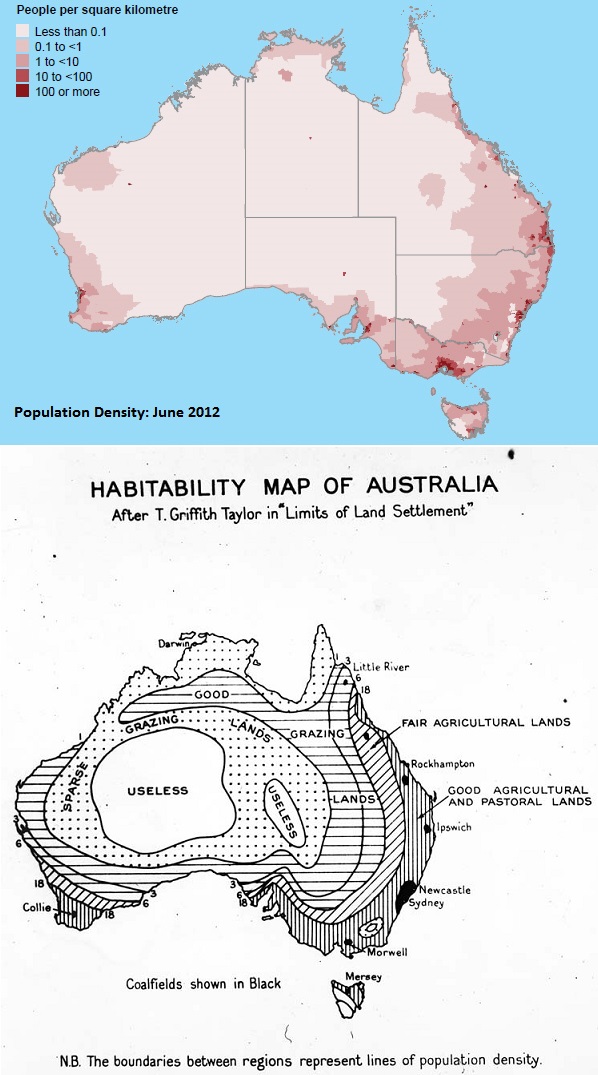 It's surprising to see what has changed, and also what hasn't.