While we're waiting for S&P's official tally of all the dividend cut declarations made in February 2016, which should be posted sometime later today, we thought we'd get a jump on what to expect by extracting a sample of the dividend cuts that our primary sources for real-time dividend cut announcements recorded during February 2016 to get a sense of that report is likely to indicate.

The picture isn't good - the pace of dividend cuts during the current quarter of 2016-Q1 has now exceeded the level seen at this same point of time a year earlier. What makes this especially bad news is that year ago quarter, 2015-Q1, was the worst quarter for dividend cuts in all of 2015. 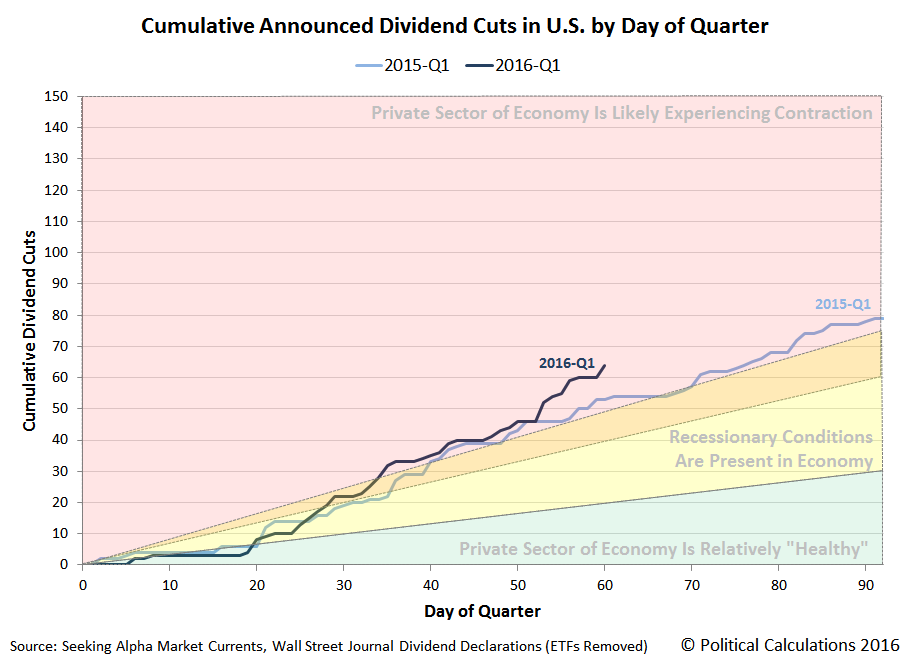 In the table above, there are 42 dividend cut declarations or announcements listed, where the 19 shaded rows indicate firms that directly produce oil and gas products. Unlike January 2016, when we counted 18 oil and gas-producing firms out of a total of 22 dividend cutting firms in our sample for that month, February's dividend cut announcements represent a growing dispersion of distress within the overall U.S. economy. The chart below illustrates the number of dividend cuts by industrial sector in our sample for February 2016. 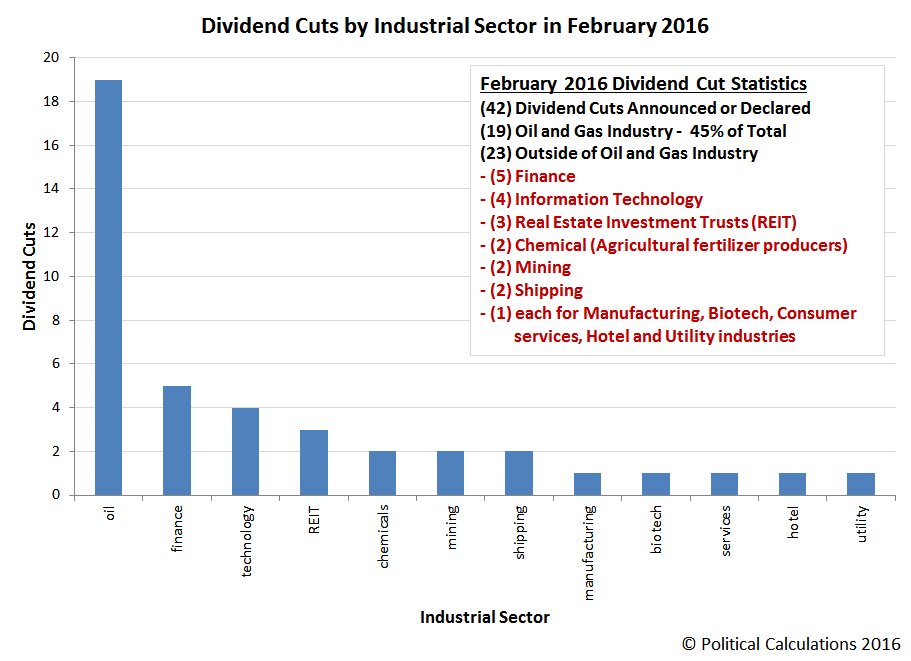 It's a good thing that even during a leap year, February is the shortest month of the year. It was a month in which dividend cuts were recorded on every single day that the markets were open.