Before you even think about looking at the chart below, remember what we said last week, when we commented upon what our futures-based model was projecting for the rest of the month.

Okay, *now* you can think about looking at the chart below! 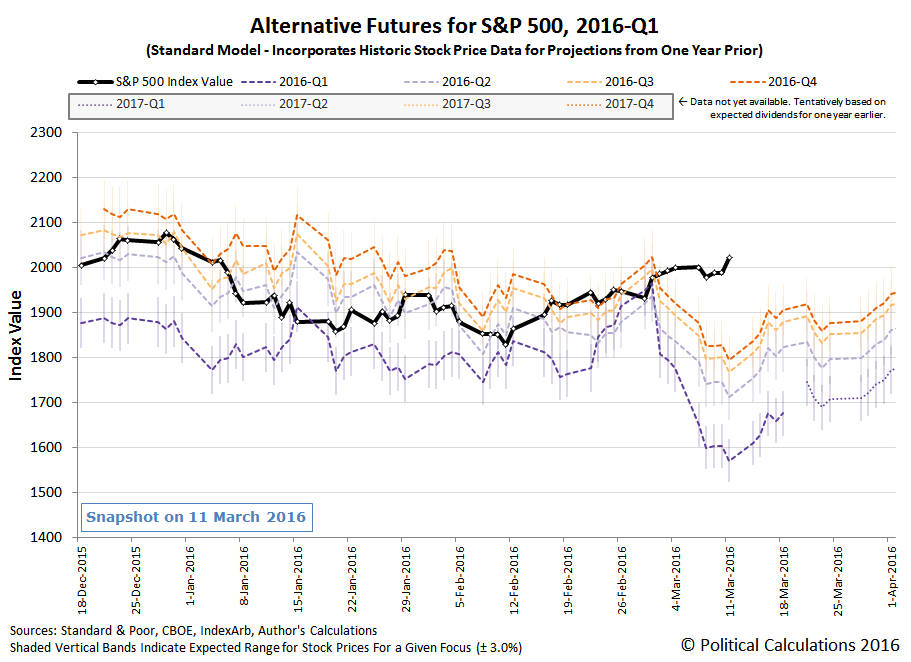 So far, our impromptu forecast is holding, despite the best efforts of central banks around the world!

Speaking of which, here are the headlines that best describe what drove the market's actions in the second week of March 2016, along with our notes.

On a programming note, we'll next update our S&P 500 At Your Fingertips tool sometime next week - we're being slammed by other projects right now, where even though the BLS will be releasing its February CPI figures on 16 March 2016, we won't be able to get to it until sometime during the weekend at the earliest.