From time to time, we like to share unusual patterns that we see in our site traffic. In that sense, Monday, 18 April 2016 was an exceptional day for us, because 58.1% of all the people who found their way to Political Calculations on that day were really seeking to answer one burning question.... 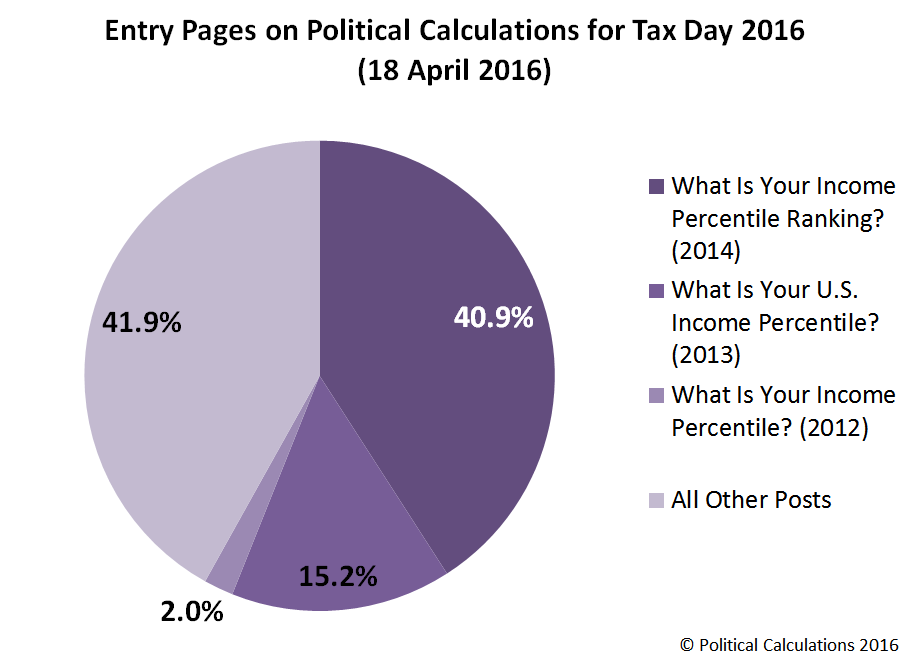 Here are the links to those top entry pages on Political Calculations:

Why ask these questions on Tax Day? Simple. That's the one day by which most Americans, and particularly those who reasonably procrastinate in filing their tax returns for as long as possible, will know exactly how much income they had in the previous year!

This information is useful for us, in that it clearly tells us which of these pages should be updated with the latest total income distribution data as it is reported by the U.S. Census Bureau in the future. So when the afternoon of 26 September 2016 rolls around, you'll know where to go!

Update: Speaking of which, if you want a more refined estimate of your income percentile ranking within the U.S., be sure to check out Don't Quit Your Day Job's Income Percentile Calculator. PK uses a more refined version of the U.S. Census Bureau's income data to estimate the distribution of total money income within the United States, which means that compared to our tools, which will put you in the right seating section of the ballpark, his tool can put you in the right row of the seating section.