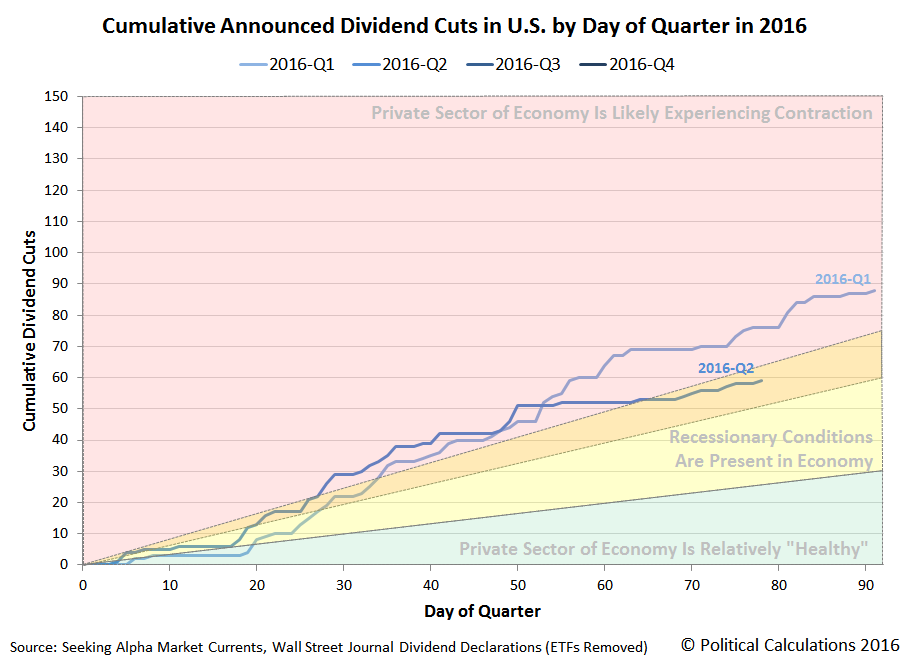 We find that the number of dividend cuts announced in 2016-Q2 through Friday, 17 June 2016 puts it in the borderline range that falls between recessionary conditions being present in the economy and outright contraction occurring within the economy. This marks an improvement over the past six weeks that suggests that the U.S. economy is relatively healthier now than it was just weeks ago. 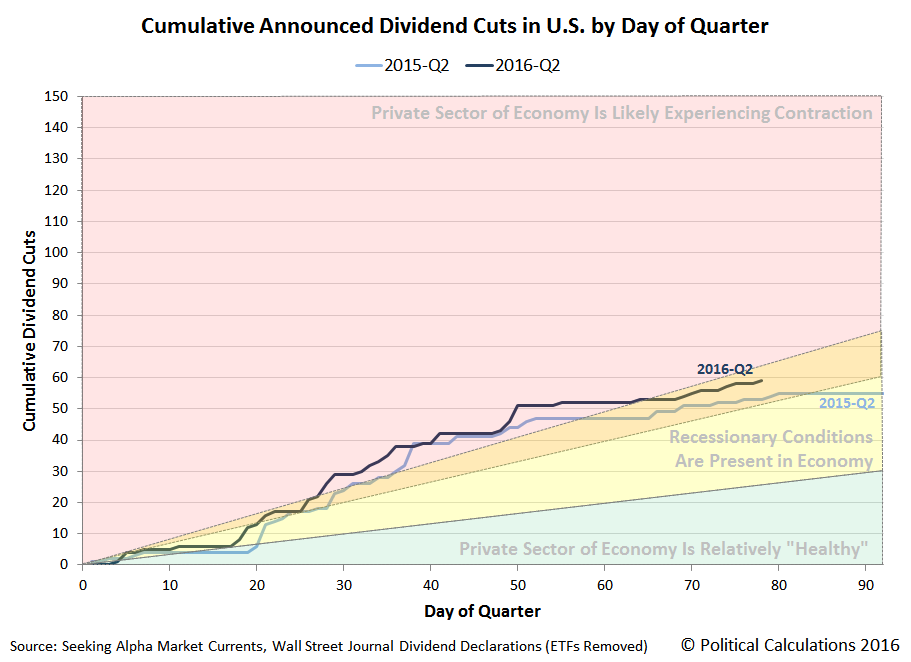 Going by the measure of the number of announced dividend cuts that we've been able to track through our two main sources, the U.S. economy in 2016-Q2 is unequivocally slightly worse than it was in 2015-Q2. We can confirm this in that the total number of dividend cuts with nearly two weeks remaining in the second quarter of 2016 is already higher that the level that our two sources recorded in the same quarter a year earlier.

At the same time, although they have generally followed a similar trajectory through this point in time, dividend cuts in 2016-Q2 have typically been announced sooner than they were in the year ago quarter of 2015-Q2.

Consequently, we would describe the economic trajectory of 2016-Q2 as very similar to 2015-Q2, although having come out of a worse first quarter of the year.

We don't anticipate many additional dividend cuts to be announced through the remainder of June 2016, so unless that significantly changes, we won't visit these charts again until after the end of the calendar quarter.

Next, let's update our chart showing the trajectory of the S&P 500 with respect to the alternate trajectories that our futures-based model of how stock prices work would project. 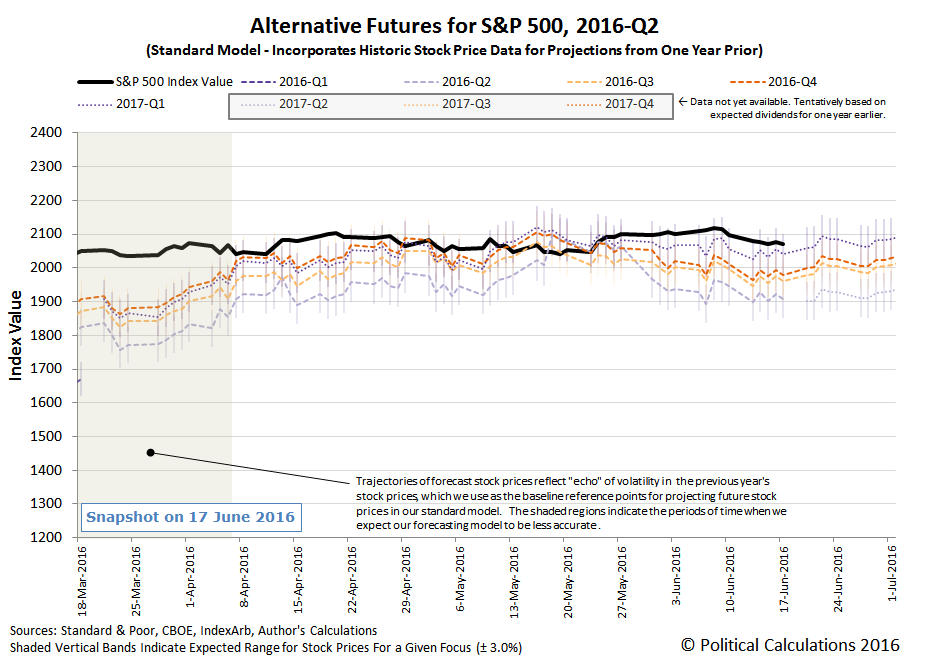 In Week 3 of June 2016, the S&P behaved largely as our model would predict if investors are focused on the distant future quarter of 2017-Q1 in setting today's stock prices.

As for why that might be, let's review the headlines we considered to be significant in explaining the behavior of stock prices in the trading week ending on Friday, 17 June 2016.