Today's example of junk science comes to us by way of recent news reports, where allegations of pseudoscience have been raised by a number of professionals in the fields of neurology, psychiatry and brain imaging against a member of the psychiatric profession, but which is still under investigation and where, as yet, the jury is still out.

There is however a very real red flag that stood out to us as part of this story, where we'll focus on just that one element in our discussion today because it aligns very well with one of the items we've learned to watch out for in our checklist for how to detect junk science. Here is the relevant item from the checklist:

Let's get to today's example, where the certain rare pedigree involves a medical imaging technology called Single Photon Emission Computed Tomography (SPECT), which is to image the internal structure of human organs, including human brains. Here's how the Mayo Clinic describes the technology.

A single-photon emission computerized tomography (SPECT) scan lets your doctor analyze the function of some of your internal organs. A SPECT scan is a type of nuclear imaging test, which means it uses a radioactive substance and a special camera to create 3-D pictures.

While imaging tests like X-rays can show what the structures inside your body look like, a SPECT scan produces images that show how your organs work. For instance, a SPECT scan can show how blood flows to your heart or what areas of your brain are more active or less active.

For our example today, the alleged pseudoscientist has proclaimed some "near-miraculous benefits" to the technology, which we won't address in this post, that other scientists have openly and very critically questioned.

Officials at major psychiatric and neuroscience associations and research centers say his SPECT claims are no more than myth and poppycock, buffaloing an unsuspecting public.

None of the nation’s most prestigious medical organizations in the field — including the APA, the National Institute of Mental Health, the American College of Radiology, the Society of Nuclear Medicine and Molecular Imaging and the National Alliance on Mental Illness — validates his claims.

No major research institution takes his SPECT work seriously, none regards him as “the number one neuroscience guy,” and his revelations, which he presents to rapt audiences as dispatches from the front ranks of science, make the top tier of scientists roll their eyes or get very angry.

And this is where the alleged pseudoscientist really caught our attention in their response to this rather remarkable array of critics, which in this case, came to public knowledge through an e-mail to journalist Richard Berstein.

“I would offer that most of the people you talked to are not SPECT experts,” he told me in an email, “but rather experts in other imaging modalities, so they are unlikely to really know the scientific literature.”

This is akin to a phony smear attack on the credibility of their critics, which is based only upon the "special" knowledge that would appear to be held only by the members of their special and exclusive club. One that doesn't seem to get along with or play well with others, where say an experienced microbiologist would have their observations dismissed out of hand only because they don't happen to use some rare or obscure model of microscope in their work. This kind of dismissal is certainly a behavior that we have observed in our encounters with confirmed pseudoscientists on several occasions.

It is also a pretty blatant rejection of the scientific process that involves collaboration to perform the often thankless tasks of replication and validation, which are invaluable to making real advances in the sciences, and which is also how a lot of lowly skilled students cut their teeth on the way to making their own contributions in their fields of study. If only certain experts with highly specialized and not easily duplicated skill sets can poke, prod or interrogate the data and analytical methods used to support a particular finding (to borrow Solomon Hsiang's phrasing), then the probability that the finding will genuinely benefit anyone in the real world outside of the members of the elitist club of "experts" is approximately equal to zero.

The alleged pseudoscientist's dismissal of criticism on this basis is quite different from what we experience when we participate in collaborative projects where we seek to engage with people with a very diverse range of backgrounds and experience, where we benefit from the insights they bring to the table and where we really benefit from when they might introduce relevant contradictory evidence that challenges our previous thinking.

But that gets into a different category on the checklist for how to detect junk science, which we really should explore more through a different example.

In the meantime, if you want to know more about the particular claims whose scientific validity is currently being challenged, we do encourage you to find out more by reading Berstein's article and also this 2012 Washington Post Magazine article as a general introduction to the controversy. And if you want to see what a SPECT image of a human brain looks like, just keep scrolling down.... 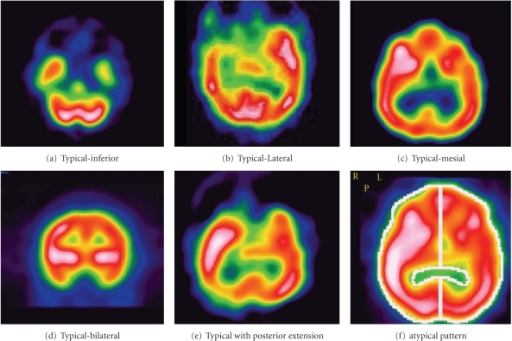