As of January 2016, China's economy is back to being the second largest economy in the world. That's a remarkable achievement, because it happened by design, as a direct consequence of the economic policies that were adopted in the Third Plenum of the country's 18th Communist Party Congress.

Those policies involved transitioning China's then-booming economy away from the export-led growth that characterized much of the nation's growth since the 1980s to instead focus on becoming more consumption driven, which would also mean slower economic growth.

It has been an impressive thing to watch, which we've been doing by simply tracking the year-over-year rate of growth in the values of goods and services exported between the world's two largest economies. In the chart below, we show the growth rate value of the value of goods that China has exported to the U.S. in each year since 1986 along with the exchange rate adjusted value of goods that the U.S. has exported to China, which gives us a sense of how each nation's economy actually "sees" the value of the goods being delivered to their economies. 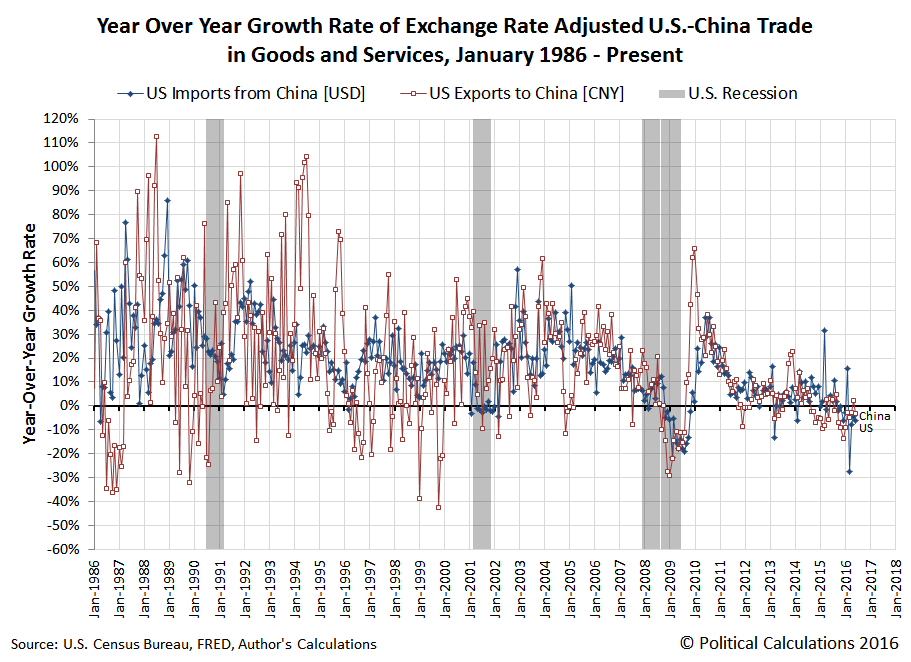 One of the neat things about looking at changes in the growth rates of goods flowing into a country is that it provides a pretty good indication of the relative health of that economy. Positive growth rates of goods being imported into a nation tend to correlate to periods of expansion, which makes sense because an economy firing on all cylinders will quickly grow to reach its productive capacity, where being able to satisfy all domestic demand requires goods produced from outside the nation's borders. Meanwhile, negative growth rates tend to correlate with periods of contraction, where a nation's domestic demand can fully be met with domestic production, which may now have the problem of having excess capacity, where producers are capable of making far more things than they can hope to sell.

What the growth rate data in the chart above is telling us is that since November 2013, China's economy has been generally slowing, which in terms of the value of goods that it imports from the U.S., means that its economy has been shrinking. In the 31 months since November 2013, the year-over-year growth rate of China's imports from the U.S. has been in negative territory 17 times, as the nation's economy at first coasted on its positive momentum until September 2014, after which it has only registered a positive value just 5 times. The following chart shows what that looks like in the raw terms of the value of goods and services the U.S. has exported to China in each month since January 1985. 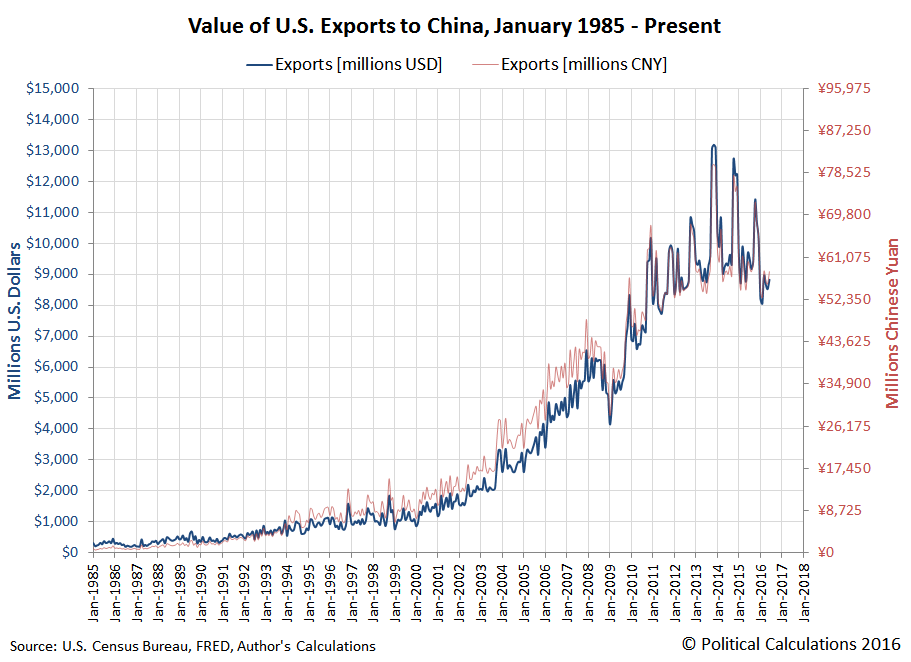 The U.S. economy has performed somewhat better, registering positive import growth in 20 of 31 months since November 2013, which largely accounts for why it has reclaimed the position of being the world's largest economy. However, for the 11 times that the U.S. has registered negative year-over-year growth in the value of the goods it imports from China, 8 of those occurrences have taken place in the last nine months, from October 2015 through June 2016, where the international trade data suggests that the U.S. economy has experienced some degree of contraction during that time. The following chart shows the value of goods and services imported by the U.S. from China in each month since January 1985. 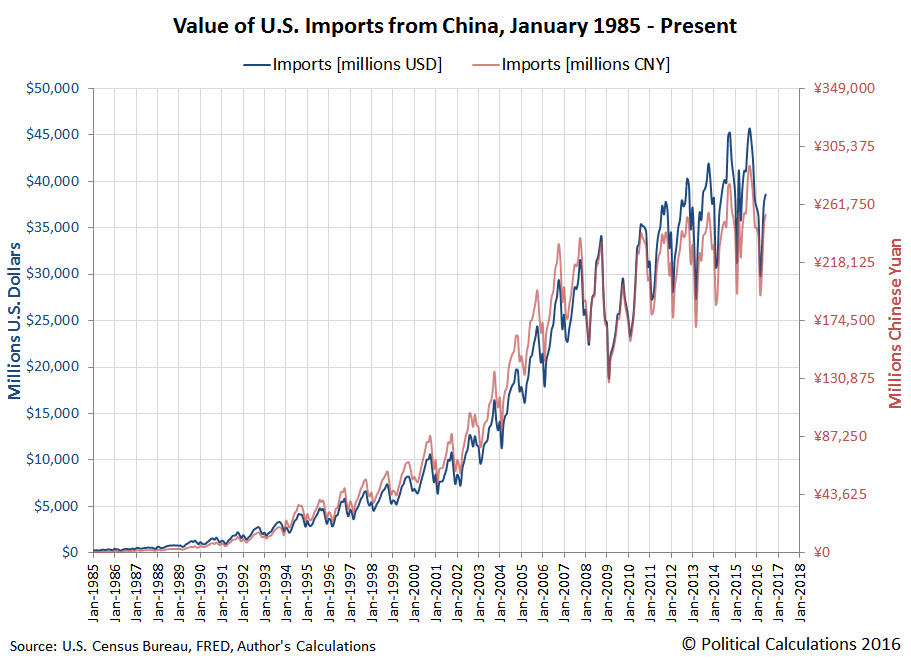 The world of trade, as measured by the trade of goods and services between the world's two largest economies, would seem to be shrinking. Whether by design or by chance, that situation is not a positive development.