From all appearances, investors have indeed shifted their forward-looking focus to the current quarter of 2016-Q4 in setting stock prices.

That's a change from the previous week, where the trajectory of the S&P 500 suggested that might be the case, but which wasn't as clear cut as we find the data indicates in Week 2 of October 2016. 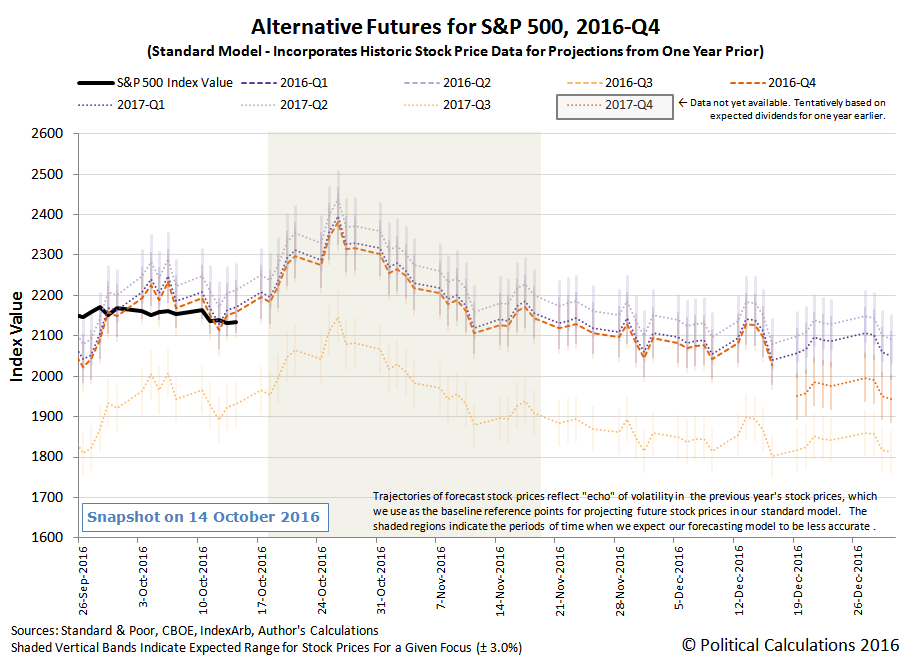 As you can also see in the chart, during the next week, we're going to once again have to cope with the echo effect that arises due to our standard model's use of historic stock prices as the base reference points from which we project the future and the occasional outsized volatility of those historic prices.

This time however, we're going to keep the modified model that we developed ahead of the last such major echo event in our toolbox and will instead test the simplest method that we can think of for addressing the echo effect in our standard model's projections. That method will simply involve connecting the dots for the trajectories associated with each future quarter to which investors might turn their attention on either side of the period where we know in advance that the accuracy of our standard model's projections will be negatively affected by the echo effect.

For our alternative futures chart, that would mean adding four additional lines to connect the dots associated with each alternative trajectory that we display during the upcoming echo event, but we're going to make a simplifying assumption (or prediction, if you like) so that we'll only show one line. We're going to assume that investors will remain focused on 2016-Q4 in setting stock prices for the next five weeks, so we only have to go to the trouble of connect the dots on either side of the echo for that single trajectory. 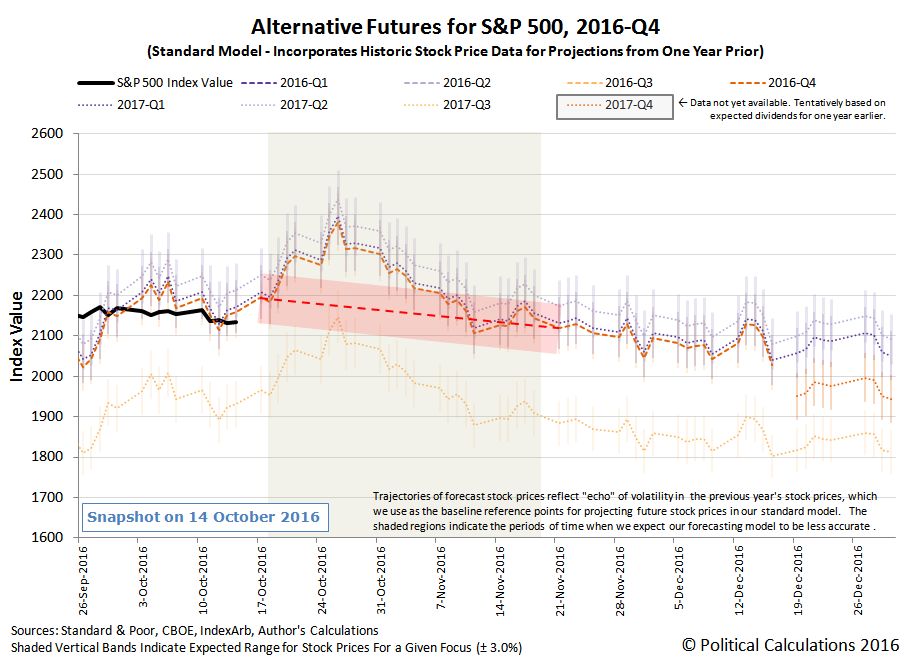 The shaded red region on the chart indicates the typical range of day-to-day volatility that we would expect stock prices to fall if investors do indeed focus their attention on 2016-Q4 in setting stock prices.

The reason we're doing this is because it occurred to us that the modified model we developed produced results that would be little different from using this simpler approach. After the echo event has passed, we'll compare what that method would have forecast with the simpler model and see if simpler is better.

In the meantime, here are the headlines from the week that was, which provide the basis for our simplifying assumption.

Elsewhere, Barry Ritholtz summarizes the positives and negatives of the week's economic and market news.