Every three months, we take a snapshot of the expectations for future earnings in the S&P 500 at approximately the midpoint of the current quarter, shortly after most U.S. firms have announced their previous quarter's earnings. Today, we'll confirm that the trailing year earnings for the S&P 500 has indeed rebounded off its bottom, which was set in March 2016. 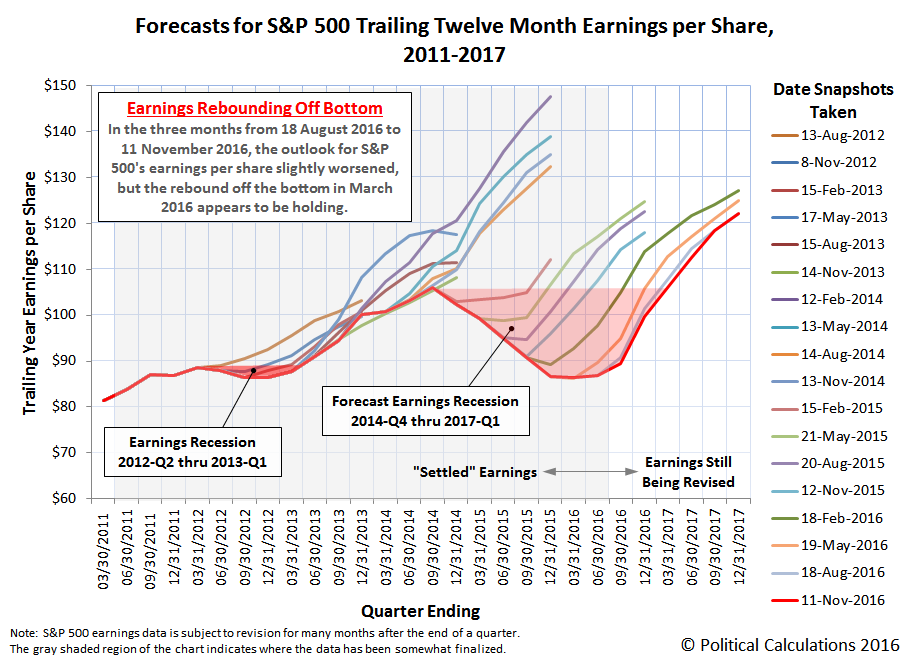 The rebound in the S&P 500's earnings per share can largely be attributed to one factor: the rebound of oil prices following their bottoming in early February 2016.

Looking forward, we suspect that the forecast improvement in earnings currently indicated by Standard & Poor is in large part predicated on a very robust recovery in the U.S.' oil production sector. However, we suspect that forecast recovery would itself be highly dependent upon oil prices continuing to rise, where S&P is projecting that the energy sector's future earnings per share will double in 2017 over their 2016 levels, leading earnings growth across the entire S&P 500 index.