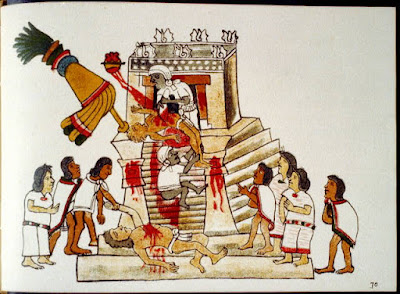 In September 2016, NYU economist Paul Romer made waves within the economics community with his paper, The Trouble with Macroeconomics, in which he made sharply critical comments of the analytical methods employed by a number of well known economists, including some who have received Nobel prizes in Economics for various aspects of their work, such as Robert Lucas, Edward Prescott, and Thomas Sargent. (We've previously covered a portion of Romer's criticism as part of our Examples of Junk Science series, Models of Mathiness.)

Since then, Romer has gone on to take office as the Chief Economist of the World Bank, but what about the people he called out for having engaged in what we would describe as pseudo-scientific conduct? These are people who are somewhat notable after all, so we should expect that someone in the media would have followed up with them by now to find out their response to having been called out and challenged for the academic misconduct that was alleged so publicly by such a prominent person in their field.

To give the media credit, they've certainly tried.

In November 2016, Bloomberg did a follow up interview with Romer on the reaction to his paper, where they directly solicited requests from Lucas, Prescott and Sargent. The response was particularly telling, which UMKC law and economics professor Bill Black picked up on in his analysis of the Romer interview (emphasis ours):

The Bloomberg article's most interesting reveal was the response by the troika of economists must associated with rational expectations theory to Romer's article decrying their dogmas.

Lucas and Prescott didn't respond to requests for comments on Romer's paper. Sargent did. He said he hadn't read it, but suggested that Romer may be out of touch with the ways that rational-expectations economists have adapted their models to reflect how people and firms actually behave. Sargent said in an e-mail that Romer himself drew heavily on the school's insights, back when he was "still doing scientific work in economics 25 or 30 years ago."

What this paragraph reveals is the classic tactic of theoclassical economists – they simply ignore real criticism. Lucas, Prescott, and Sargent all care desperately about Romer's criticism – but they all refuse to engage substantively with his critique. One has to love the arrogance of Sargent in "responding" – without reading – to Romer's critique. Sargent cannot, of course, respond to a critique he has never read so he instead makes a crude attempt to insult Romer, asserting that Romer has not done any scientific work in three decades.

Based on our own experience in calling out the pseudo-science produced by a considerably less notable economist, that lack of acknowledgment of the specific critiques made of their demonstrably flawed work may well be an inherent personality trait of the kind of people who knowingly choose to engage in pseudoscientific practices.

That is something that goes all the way down to the "crude attempt to insult" their critics, which is what they frequently offer instead of substantive rebuttals to specific criticism. Instead, they choose to lash out by attempting to personalize the issue through attacking the credibility of those who have criticized them, which we believe is very much evident in Sargent's response.

The nature of that kind of response ticks off one of the boxes on our checklist for how to detect junk science.

In the Bloomberg interview, Romer makes the same point:

Romer said he hopes at least to have set an example, for younger economists, of how scientific inquiry should proceed -- on Enlightenment lines. No authority-figures should command automatic deference, or be placed above criticism, and voices from outside the like-minded group shouldn't be ignored.

For his part, Black describes the economics based on pseudoscientific methods as "theoclassical", which we think is a fantastic turn of phrase. It's a great way to describe the kind of economics that is based far more upon ideological dogmas than it is upon either falsifiable theory or real world observations. We should also recognize that dogma-driven economics is something that occurs across the entire political spectrum, where we have examples produced by economics' junk science practicioners on both the right *and* the left.

Just scroll back up and follow the links for examples of that reality.

Black recognizes the consequences to the field for allowing such examples to go unchallenged in his review of the Bloomberg interview:

It is unfortunate that Bloomberg article about Romer’s article is weak. It is useful, however,ecause its journalistic inquiry allows us to know how deep in their bunker Sargent, Lucas, and Prescott remain. They still refuse to engage substantively with Romer’s critique of not only their failures but their intellectual dishonesty and cowardice. It is astonishing that multiple economists were awarded Nobel prizes for creating the increasingly baroque failure of modern macro. In any other field it would be a scandal that would shake the discipline to the core and cause it to reexamine how it conducted research and trained faculty. In economics, however, a huge proportion of Nobel awards have gone to theoclassical economists whose predictions have been routinely falsified and whose policy recommendations have proven disastrous. Theoclassical economists, with only a handful of exceptions, express no concern about these failures.

Such is the way of the intellectually dishonest and cowardly, not to mention all those who reside within their echo chambers, where it can be considered to be a honor to make it on their Nixonian enemies lists.