A Giffen good is a product that defies one the basic laws of economics. More specifically, these goods defy the Law of Demand:

Named after Robert Giffen, a Giffen good directly contradicts this basic economic principal, so that when the price of a good increases, the quantity demanded increases as well. Here is the definition of a Giffen good from Investopedia:

A Giffen good is a good for which demand increases as the price increases, and falls when the price decreases. A Giffen good has an upward-sloping demand curve, which is contrary to the fundamental law of demand which states that quantity demanded for a product falls as the price increases, resulting in a downward slope for the demand curve. A Giffen good is typically an inferior product that does not have easily available substitutes, as a result of which the income effect dominates the substitution effect. Giffen goods are quite rare, to the extent that there is some debate about their actual existence.

We've previously argued that debt qualifies as a Giffen good under certain circumstances, which we're bringing up today because of a news story about U.S. home sales that appeared just before the holidays, which provided information on how both mortgage rates and housing sales have changed since the U.S. elections on 8 November 2016 (emphasis ours):

U.S. home resales unexpectedly rose in November, reaching their highest level in nearly 10 years, likely as buyers rushed into the market to lock in mortgage rates in anticipation of further increases in borrowing costs....

Since the election, the interest rate on a fixed 30-year mortgage has increased about 60 basis points to an average 4.16 percent, the highest level since October 2014, according to data from mortgage finance firm Freddie Mac.

Mortgage rates are expected to rise further after the Federal Reserve raised its benchmark overnight interest rate last week by 25 basis points to a range of 0.50 percent to 0.75 percent. The U.S. central bank forecast three rate hikes next year.

The prospect of higher mortgage rates could be pushing undecided buyers into the market.

For the sake of catching up with the rest of our previous argument, there was something of a natural experiment in 2011 that goes a step farther in suggesting that all debt is a Giffen good, and is not just limited to the examples of mortgage debt that we've focused upon.

Monday August 8 2011 witnessed a truly impressive financial spectacle—a natural experiment of the kind we see only once a century or so. The S&P downgraded US debt, and the price of US Treasuries skyrocketed....

While it all seems confusing, I would argue there’s a very simple explanation, and that people are behaving rationally. Money (and by extension, US debt), is a Giffen good. This is an argument I made to Scott Sumner in 2009 here and in emails. Recently Eric Falkenstein made it here. Simply, as the price goes up, consumption increases. This is because the income effect (people getting poorer) dominates the substitution effect (people want to shift to other assets). This is a pure microeconomic explanation of the drop in Treasury rates after the downgrade, and unlike the macroeconomic explanation does not require a circular argument with uncertain directionality in the causation.

As you can see, the conditions that make debt into a Giffen good are somewhat unique, so we wouldn't expect the current and unexpectedly strong state of affairs in the U.S. housing market to continue for long before going back to act more in accordance with the laws of supply and demand. If you're in real estate, enjoy it while you can! 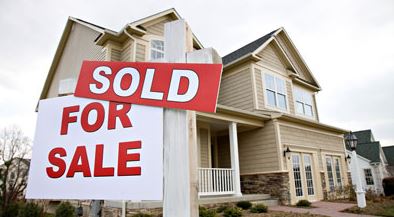