Every three months, we take a snapshot of the expectations for future earnings in the S&P 500 at approximately the midpoint of the current quarter, shortly after most U.S. firms have announced their previous quarter's earnings. Today's snapshot of the trailing year earnings per share for the S&P 500 reveals that the stock market's earnings have continued rebounding off their 2016-Q3 bottom, but that they are growing at a slower pace than Standard and Poor had projected just three months ago. 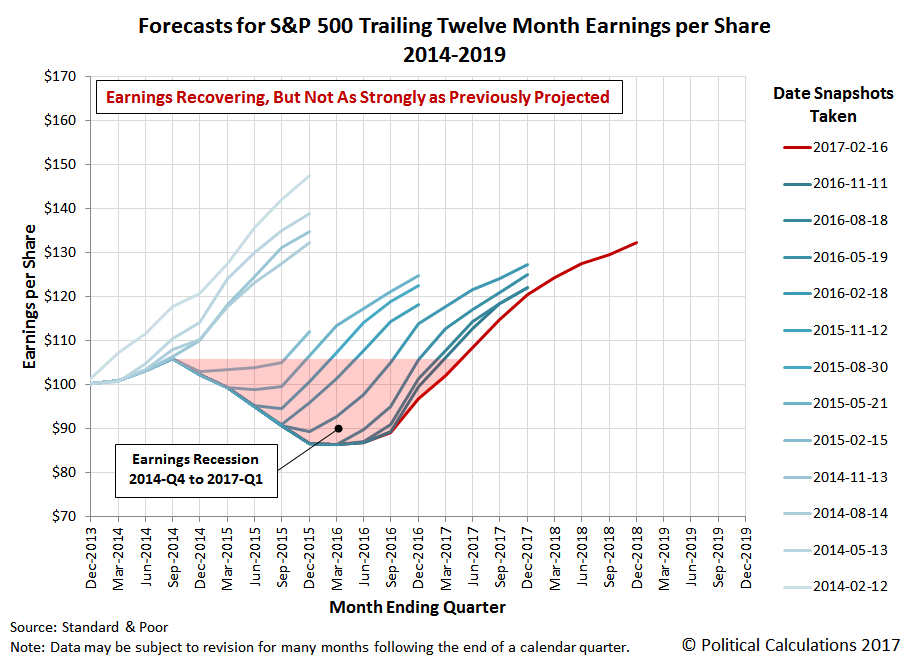 At present, the earnings recession that began taking hold in the U.S. stock market in 2014-Q3, as falling oil prices impacted the earnings of U.S. firms in the energy production sector of the economy, appears to be set to be over sometime in the next few months as the S&P 500's trailing twelve month earnings per share recovers to their pre-earnings recession levels.