One of the crazier things about the U.S. national debt is that it often takes a lot of months after the end of a given fiscal year for the U.S. Treasury to sort out who the U.S. federal government owes money, particularly when when that money is owed to foreign entities. 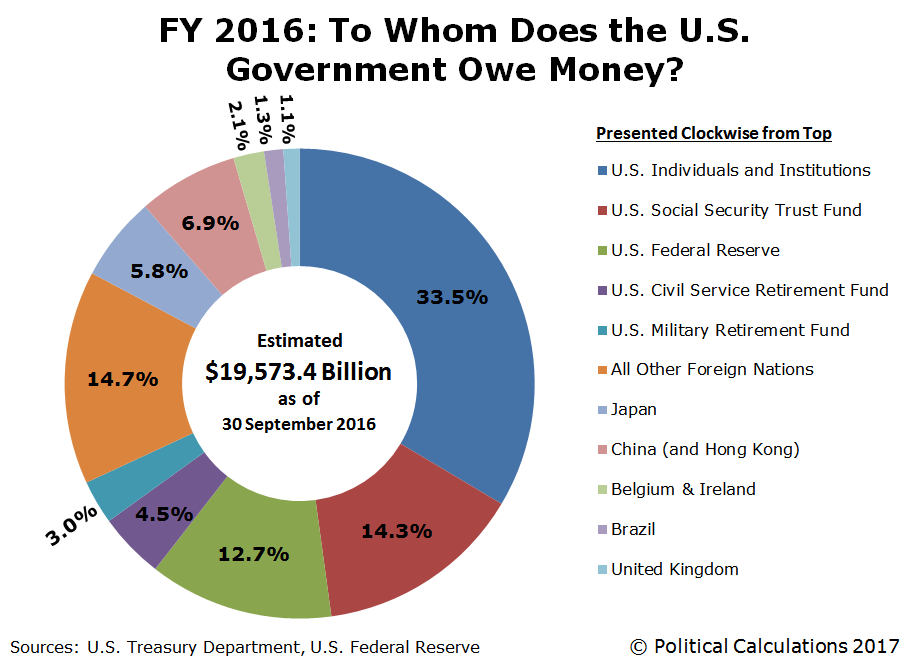 Officially, the U.S. government's total public debt outstanding is divided up into two parts: the "Public" portion of the national debt.... 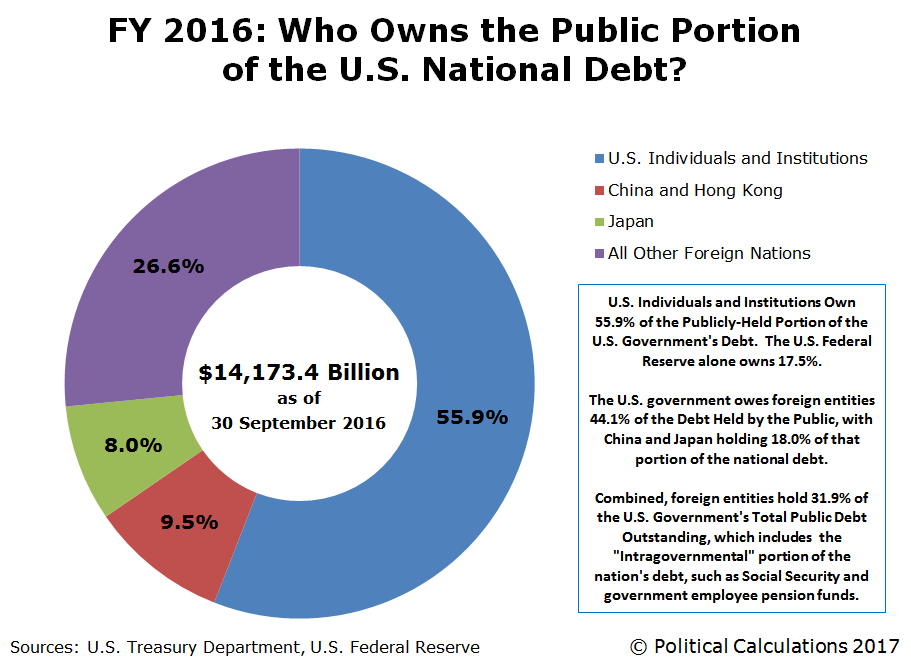 And the so-called "Intragovernmental" portion of the national debt, where the latter category represents money owed to various trust funds established and operated by the U.S. government. 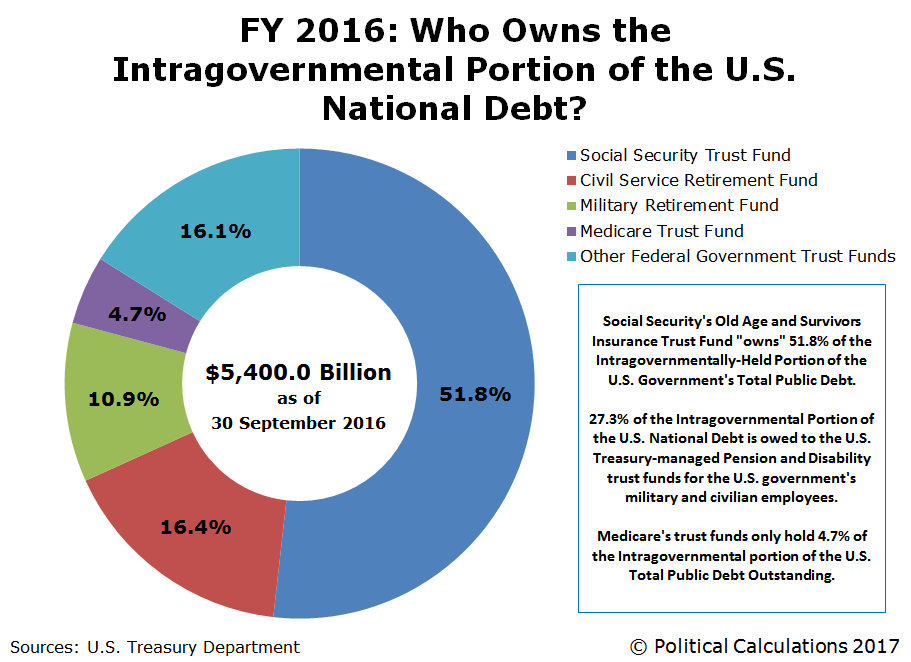 Right now, we can see that Social Security's Old Age and Survivors' Insurance Trust Fund accounts for a little over half of the Intragovernmental portion of the U.S. national debt, which works out to be nearly $2.8 trillion, or about one-seventh of the U.S. government's total public debt outstanding.