A story for investors in a single chart: the quantified expectations of the S&P 500's future dividends per share, as projected 2017-Q2 through 2018-Q2, as told by two different sets of dividend futures! 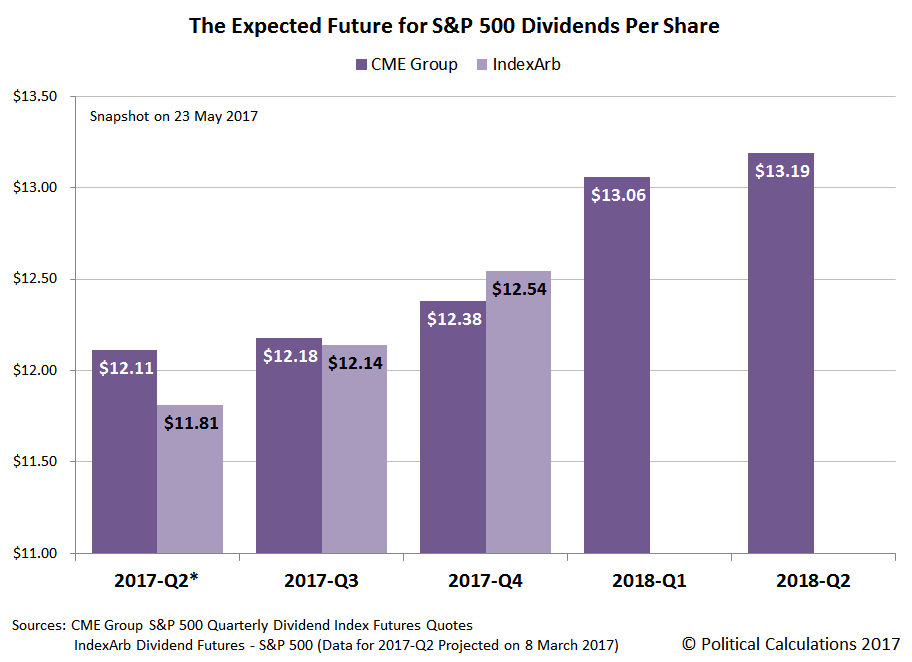 The story is told by our two main sources for information about the expectations of future dividends for the S&P 500: CME Group and IndexArb. Here are some quick notes about the data....