With the long Memorial Day weekend holiday looming on the calendar, Week 4 of May 2017 was a slow week where trading the S&P 500 was concerned.

When the biggest news of the week was the release of the minutes from the Fed's Open Market Committee meeting three weeks earlier, the most significant market reaction was for investors to once again align their focus on 2017-Q2 in setting the level of the S&P 500, which coincides with the expected timing of the Fed's next short term rate hike. 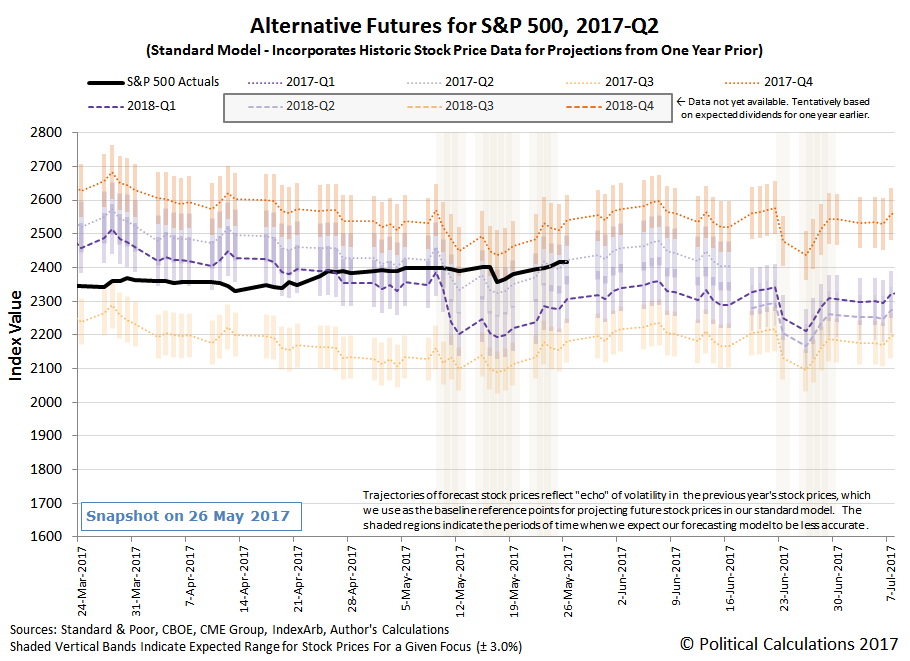 After that, with traders looking to get away for the long weekend, there wasn't much else of note that happened in the fourth week of May 2017....

On a cautionary note, the S&P 500's ticking clock problem to which we've been alluding in recent weeks not gone away, so as long as the "Fed's Kaplan" way of thinking continues to influence how far forward in time investors focus their attention, with both the third and fourth quarters in play for the timing of the Fed's next rate hike after the almost certain one to be announced in June 2017. As such, the market is at a heightened risk for a sudden increase in volatility.

We'll see what happens in the holiday-shortened fifth week of May 2017!