For the S&P 500, the third week of August 2017 looked an awful lot like the second week of the month. 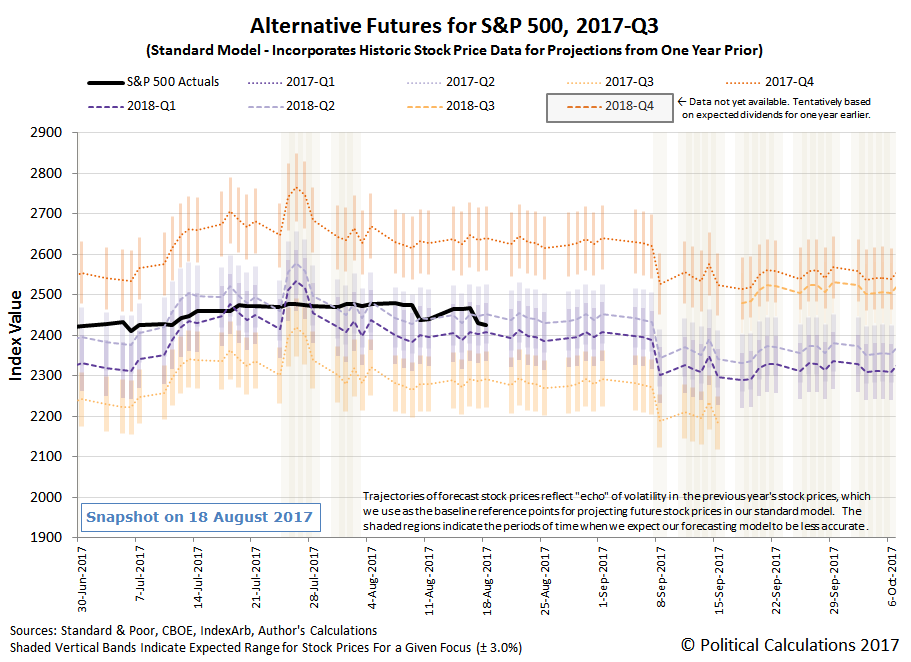 That kind of pattern raises an interesting question: Is the current period of relative order in the market, which has been in place since 31 March 2016, now breaking down?

We'll tackle that question at greater depth tomorrow, however the short answer to it is "potentially", where the answer may very well change to "yes" if the S&P 500 should drop by another 17-18 points below its Friday, 18 August 2017 close sometime during this upcoming week.

Now that we've shaken you up a bit, let's look backwards to understand the context that applied to the U.S. stock market in Week 3 of August 2017.

For more context of the positives and negatives seen in the U.S. economy and markets in Week 3 of August 2017, Barry Ritholtz has you covered!