Political Calculations
Unexpectedly Intriguing!
27 October 2017
How to Use Math to Optimally Divide Up Resources 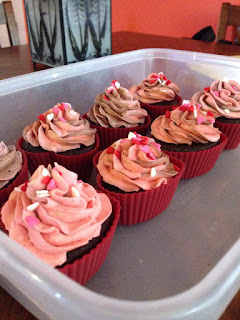 Back in 1950, future economics Nobel prize winning mathematician John Nash developed a mathematical formula for making optimal joint decisions, such as might need to be made to peaceably divide up a limited resource between two people.

Flash forward 67 years, and Wellesley College mathematics professor Oscar E. Fernandez has featured that math in a new book, The Calculus of Happiness, in which he explores ways in which math can be used to achieve greater happiness by solving everyday problems.

Nash's optimal joint decision math is just one of the formulas presented in the book, which can be applied to problems like how to divide up cupcakes, a sum of cash or even child-free time off between spouses, where the goal is to achieve the maximum amount of happiness when compromises need to be made.

We've built a tool to do that math, where you just need to enter the number of units of the resource or thing that you would be dividing between yourself and someone else, along with selecting both your and their levels of happiness (on a scale from 1 to 10) if either of you could have all of the resource, and also what that happiness level would be if you couldn't come to some sort of arrangement. If you're reading this article on a site that republishes our RSS news feed, please click here to access a working version of this tool at our site!

The default data in the tool is taken from the example that was presented at Business Insider for how two spouses could optimally divide having child-free time during the same 5 days of vacation off, where each spouse could be free of conflict to do whatever other activity they might like without distraction.

For that example, BI offers the following insights:

Plug those numbers into the formula and you see that you should get three days off and your partner should get two.

Fernandez highlights a cool implication of this formula: A simple way to get a bigger piece of the pie is to start feeling happier about the possibility that you two won't reach any agreement. In other words: The more willing you are to walk away, the more negotiating power you have.

As Fernandez points out in other parts of the book, this formula assumes that you're able to quantify your feelings — and that your feelings won't change over the course of the negotiation. So it won't work perfectly every time.

Fernandez has his own online spreadsheet version of this tool, along with 15 others from his books (as of this writing) at his Surrounded By Math web site. Do check them out!