Following the records set in the first week of October 2017, the S&P 500 (Index: INX) continued to mark new highs during the second week of the month. 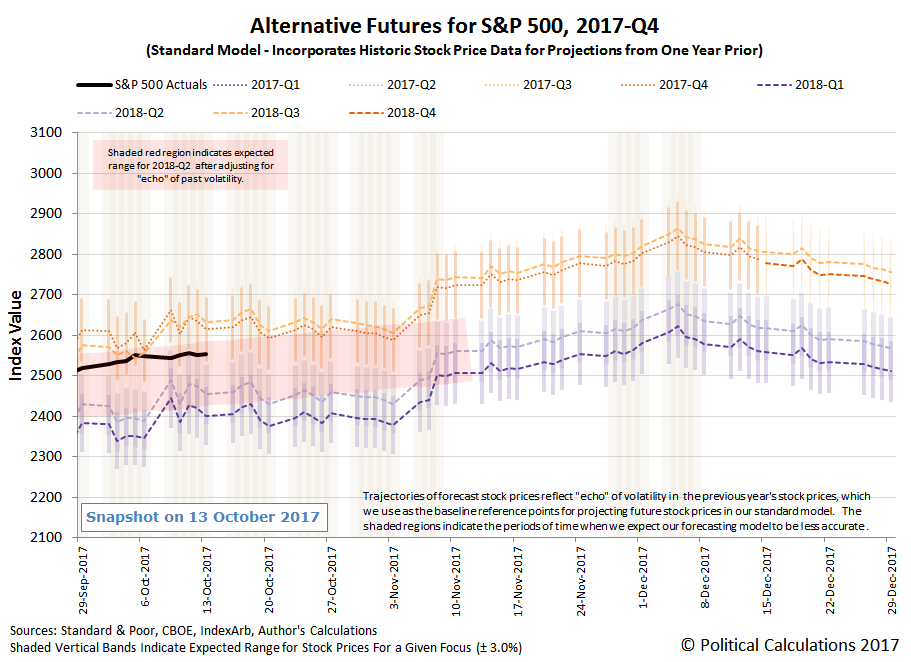 The S&P 500 continues to track along near the upper end of the echo effect-adjusted range that we first forecast back in the first week of September 2017. At that time, we observed that investors were largely focusing on 2018-Q2 as they considered the future for the S&P 500, where we constructed our forecast based on the assumption that they would largely continue focusing on that distant future quarter over the next two months.

As things stand today, we're now past the halfway point, with just three and a half weeks to go before we reach the end of our need to account for the echo of past volatility in stock prices in our dividend futures-based model of how stock prices work.

Through Week 2 of October 2017, there was nothing to really prompt investors to shift their focus toward a different point of time in the future, which can be seen in the headlines that we flagged during the week.

Elsewhere, Barry Ritholtz broke the second week of October 2017 down into its economic and market pluses and minuses.

And that's the week that was! As for the week ahead, unless investors shift more of their focus toward other points of time in the future than they are already, look for the S&P 500 to continue falling within the range shaded in red in this week's spaghetti chart update.