Political Calculations
Unexpectedly Intriguing!
12 December 2017
The S&P 500 Reverts Back to the Mean

Since the end of the first quarter of 2016, the S&P 500 has experienced a relatively stable period of order, where the variation of stock prices with respect to the mean trend curve established from the relationship between stock prices and their trailing year dividends per share has generally followed a standard normal distribution. 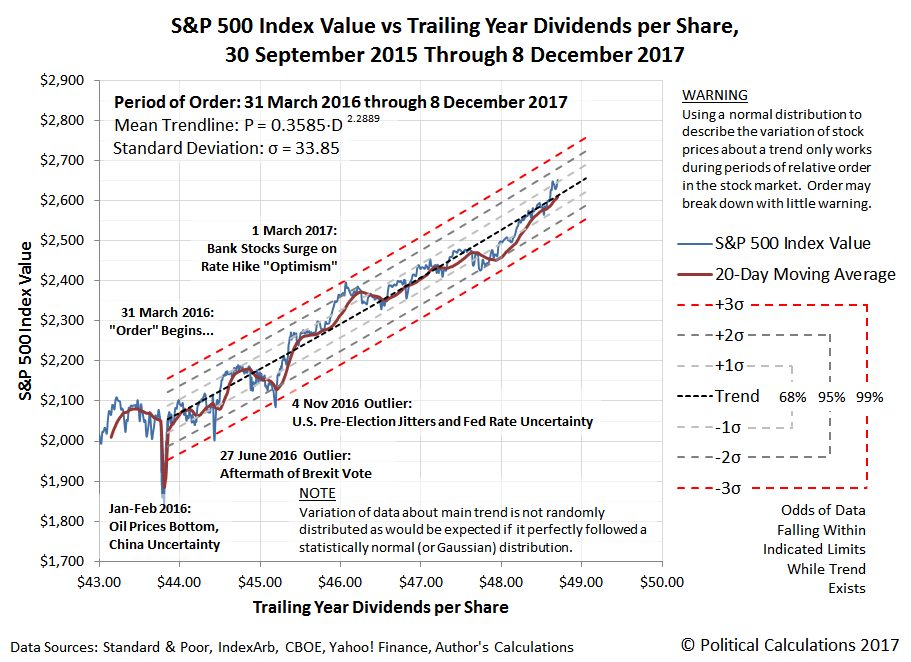 So in case you've ever wondered what "reverting to the mean" really means where stock prices are concerned, what has happened with the S&P 500 from 21 August 2017 to 8 December 2017 can be considered to be a textbook example of mean reversion.

And in case you're wondering what it means when stock prices move outside the outer limits described by this kind of analysis, where order really does break down (as opposed to simply being the result of statistical outliers in a continuing trend), the ultimate textbook example involves the ultimate sell signal.