One week ago, the Wall Street Journal broke the news that the World Bank had a serious problem with one of its most popular and useful products, its annual Doing Business index.

The World Bank repeatedly changed the methodology of one of its flagship economic reports over several years in ways it now says were unfair and misleading.

The World Bank’s chief economist, Paul Romer, told The Wall Street Journal on Friday he would correct and recalculate national rankings of business competitiveness in the report called “Doing Business” going back at least four years.

The revisions could be particularly relevant to Chile, whose standings have been volatile in recent years—and potentially tainted by political motivations of World Bank staff, Mr. Romer said.

The report is one of the most visible World Bank initiatives, ranking countries around the world by the competitiveness of their business environment. Countries compete against each other to improve their standings, and the report draws extensive international media coverage.

In the days since, Romer has clarified that he doesn't believe that the World Bank staff engaged in a politically-motivated strategy aimed at disadvantaging Chile's position within its annual rankings, but instead failed to adequately explain how changes that the World Bank's staff made in updating their methodology of its Doing Business index affected Chile's position within the rankings from year to year.

Looking at the controversy from the outside, we can see why a political bias on the part of the World Bank's staff might be suspected, where positive and negative changes in Chile's position within the annual rankings coincided with changes in the occupancy of Chile's presidential palace.

That's why we appreciate Romer's willingness to openly discuss the methods and issues with communication, including his own, that have contributed to the situation. In time, thanks to the demonstrations of integrity and transparency that Romer is providing today as the staff of the World Bank works to resolve the issues that have been raised, the people who look to the Doing Business product will be able to have confidence in its quality. That will be the reward of demonstrating integrity and providing full transparency during a pretty mild version of an international public relations crisis.

Update 27 January 2018: Perhaps not as mild an international public relations crisis as we described. Paul Romer has stepped down as Chief Economist at the World Bank. This action is likely a consequence of the damage to the World Bank's reputation that arose from his original comments to the Wall Street Journal suggesting that political bias may have intruded into the Doing Business rankings to Chile's detriment.

Analysis: The problem for the World Bank now is that the issues that Romer identified with its methodology for producing the Doing Business index predate his tenure at the institution. How the World Bank addresses those issues will be subject to considerable scrutiny, where the institution will still need to provide full transparency into its methods for producing the index in order to restore confidence in its analytical practices. Without that kind of transparency, the issues that Romer raised, including the potential for political bias that Romer indicates he incorrectly stated, will not go away.

Not every matter involving correcting the record has the worldwide visibility of what is happening at the World Bank. We can find similar demonstrations of the benefits of integrity and transparency at a much smaller scale, where we only have to go back a couple of weeks to find an example. Economist John Cochrane made a logical mistake in arguing that property taxes are progressive, which is to say that people who earn higher annual incomes pay higher property taxes than people who earn lower annual incomes.

In search of support for his argument, he requested pointers to data indicating property taxes paid by income level from his readers, who responded with results that directly contradicted his argument. How he handled the contradiction demonstrates considerable integrity.

Every now again in writing a blog one puts down an idea that is not only wrong, but pretty obviously wrong if one had stopped to think about 10 minutes about it. So it is with the idea I floated on my last post that property taxes are progressive.

Morris Davis sends along the following data from the current population survey.

No, Martha (John) property taxes are not progressive, and they're not even flat, and not even in California where there is such a thing as a $10 million dollar house. (In other states you might be pressed to spend that much money even if you could.) People with lower incomes spend a larger fraction of income on housing, and so pay more property taxes as a function of income. Mo says this fact is not commonly recognized when assessing the progressivity of taxes.

Not only is Cochrane providing insight into the error in his thinking, his transparency in addressing why it was incorrect is helping to advance the general knowledge of his readers.

In both these cases, we have examples of problems that could have been simply swept under a rug and virtually ignored with nobody being the wiser, but where the ethical standards of the people involved wouldn't let them do that. Even in making mistakes while addressing the mistakes they made or discovered, they made the problems known as they worked to resolve them, and because they did so, we can have greater confidence in trusting the overall quality of their work.

In the real world where people value honesty, admitting or acknowledging errors is no penalty. In fact, there are solid examples where scientists have retracted papers because of errors they made that, ultimately, had zero impact on their careers. Which in some cases, involved going on to be awarded Nobel prizes in their fields.

Retracting a paper is supposed to be a kiss of death to a career in science, right? Not if you think that winning a Nobel Prize is a mark of achievement, which pretty much everyone does.

Just ask Michael Rosbash, who shared the 2017 Nobel Prize in physiology or medicine for his work on circadian rhythms, aka the body's internal clock. Rosbash, of Brandeis University and the Howard Hughes Medical Institute, retracted a paper in 2016 because the results couldn't be replicated. The researcher who couldn't replicate them? Michael Young, who shared the 2017 Nobel with Rosbash.

This wasn't a first. Harvard's Jack Szostak retracted a paper in 2009. Months later, he got that early morning call from the Nobel committee for his work. And he hasn't been afraid to correct the record since, either. In 2016, Szostak and his colleagues published a paper in Nature Chemistry that offered potentially breakthrough clues for how RNA might have preceded DNA as the key chemical of life on Earth - a possibility that has captivated and frustrated biologists for half a century. But when Tivoli Olsen, a researcher in Szostak's lab, repeated the experiments last year, she couldn't get the same results. The scientists had made a mistake interpreting their initial data. Once that realization settled in, they retracted the paper - a turn of events Szostak described as "definitely embarrassing."

What isn’t absurd is the idea that admitting mistakes shouldn’t be an indelible mark of Cain that kills your career.

Indeed it shouldn't. And for honest people with high standards of ethical integrity and a willingness to be transparent about the mistakes that they have made or that have occurred on their watch, it isn't. 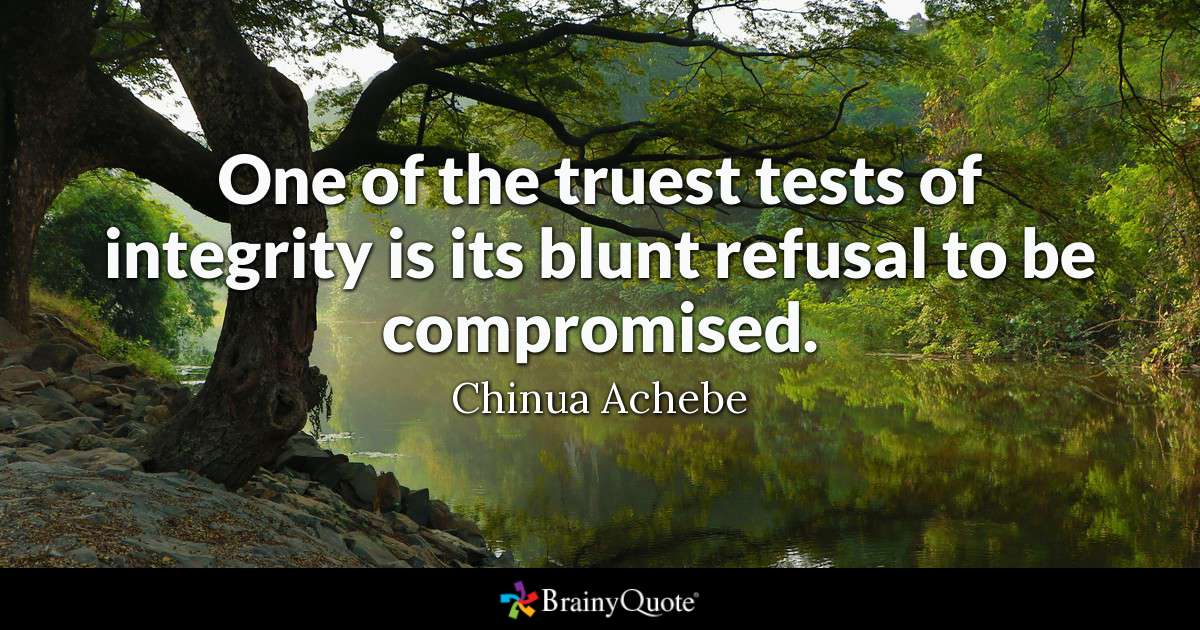