It was a week that started with 40% of the employees of U.S. government, the nonessential ones, enjoying a long three-day weekend off work, and ended with a bang, where a combination of unexpectedly strong earnings announcements and the confirmation that stock owners will benefit from the passage of the Tax Cuts and Jobs Act of 2017 through significant dividend increases and the strong pursuit of organic growth opportunities led the S&P 500 to continue its now four-week long surge to unprecedented heights in the fourth week of January 2018. 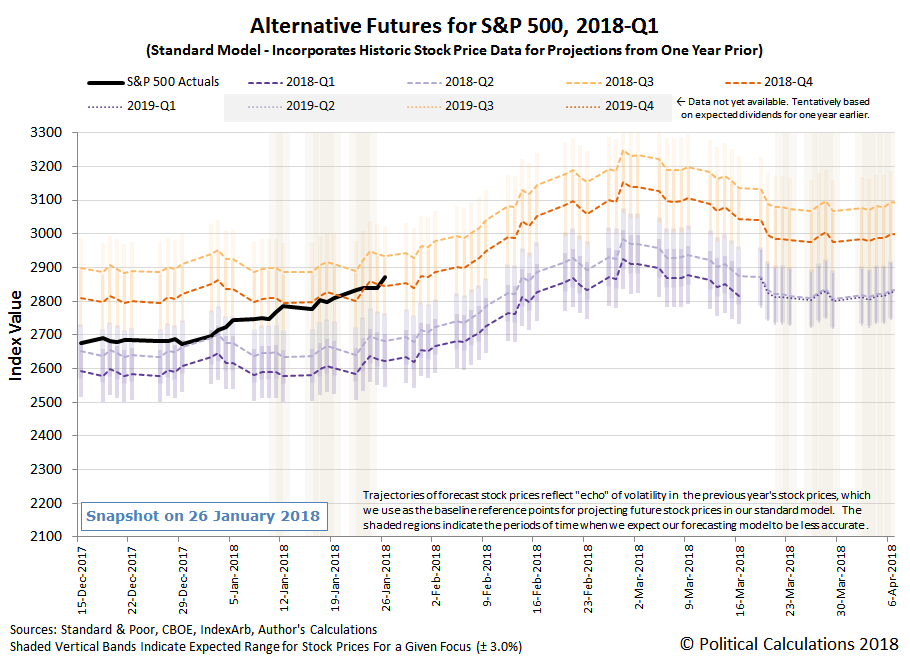 We believe that investors are continuing to focus on 2018-Q4 in setting current day stock prices, which is happening as their focus on the likely actions by the Fed to hike short term interest rates by a quarter point each in March, June and again in December 2018 is taking something of a back seat to the earnings/tax cut related bonanza currently unfolding in U.S. stock markets. The following table updates the expectations for Fed rate hikes at different points in 2018.

Speaking of future expectations, we are coming to suspect that the CME Group's S&P 500 quarterly dividend futures may be having something of a reporting glitch, where the projected values for future quarterly dividends per share haven't changed since 19 December 2017. That lack of response differs from what has been happening in the CME Group's Annual Dividend Index Futures, which has been showing some pretty impressive changes over the last month in what is expected for future S&P 500's annual dividends per share payouts from December 2018 through December 2027. 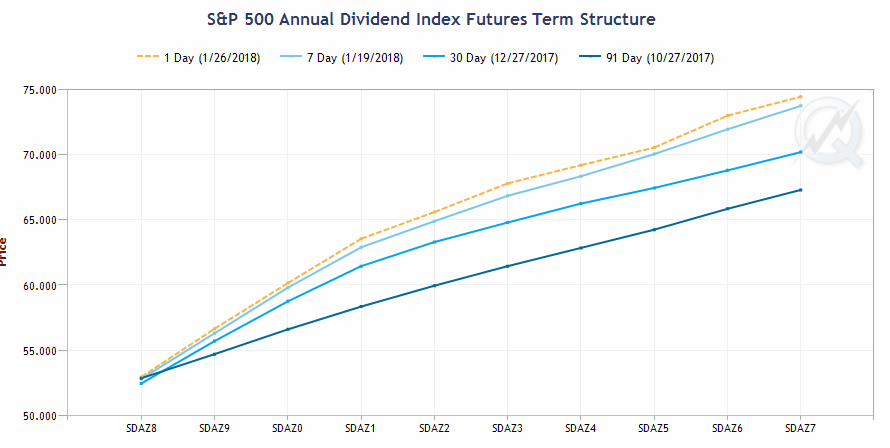 For a week with seeming so much going on, there wasn't much in the headlines that attracted our attention. Mostly, that's due to a news blackout by Fed officials in advance of their meeting next week, where the Fed's minions are blissfully required to hold their tongues, but otherwise, what news there was was positive for investors, with the exception of housing....

Barry Ritholtz sets out the positives and negatives for the U.S. economy and markets that he saw in Week 4 of January 2018.