The last month has been an exciting time for the U.S. stock market, where if you wanted to describe it in one word, volatile would probably be the word that best describes it!

But to understand how exciting it has been for investors and traders, we need to put the last month of stock price volatility into some historical context. Which we've done in the following chart showing the daily volatility as the percentage change in the closing price of the S&P 500 since 3 January 1950, which updates one we first featured two-and-a-half years ago. 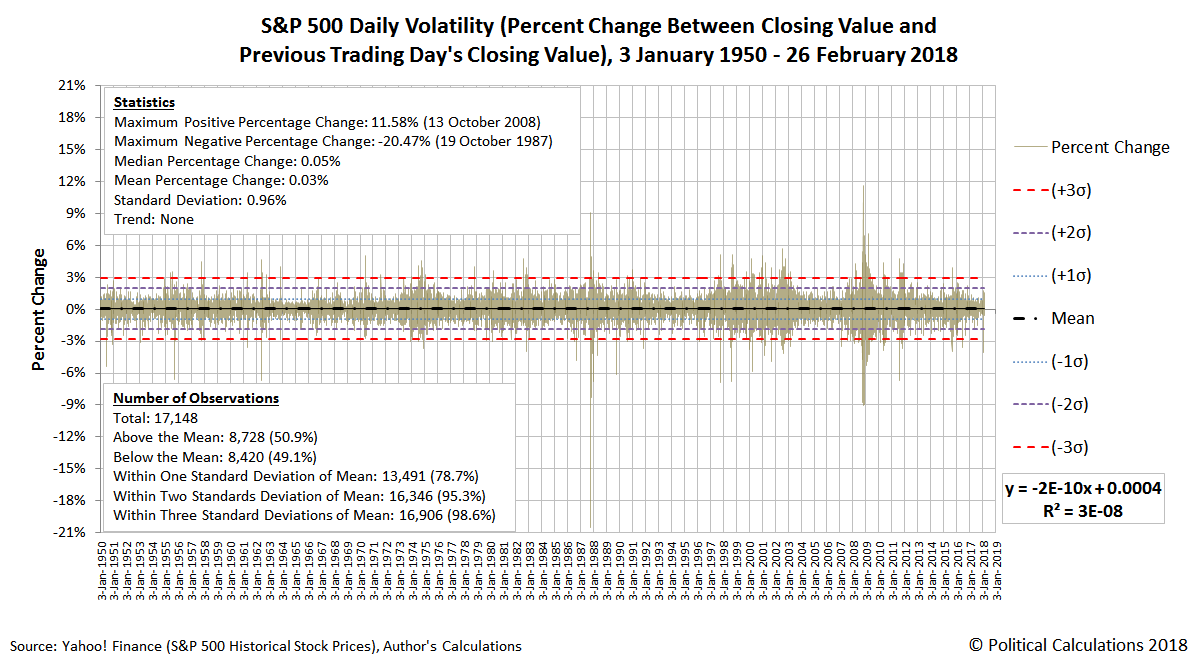 By and large, the pattern daily volatility in the S&P 500 and its predecessor indices over the last sixty-eight years and almost two months follows something that looks a lot like a normal distribution, although with considerably more datapoints (~79%) falling within one standard deviation of the flat, near-zero mean trend line than would be expected if that pattern of variation really applied (~68%).

Conveniently, one standard deviation is roughly equivalent to a percentage change of 1%. 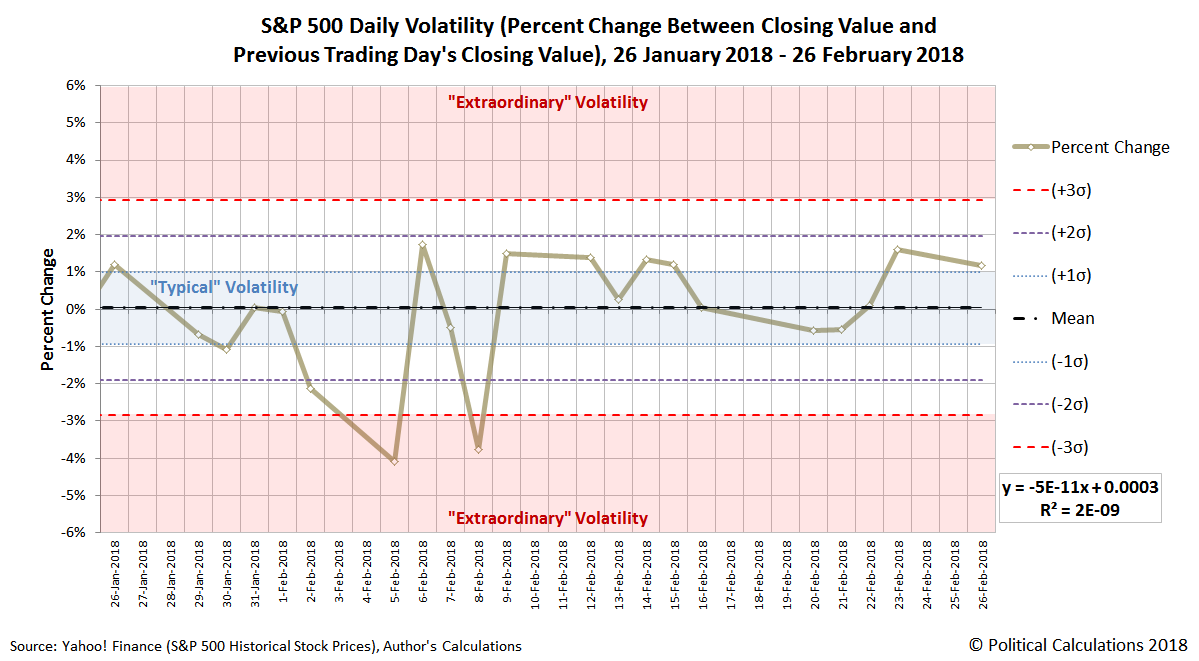 In this chart, we can see that over the past calendar month covering some 21 trading days, 9 of the datapoints fall within the most "typical" range that we would expect based on the historical data, which is between 7 and 8 fewer than would be expected for that period of time.

The remaining 12 days are consistent with at least a heightened level of volatility in the S&P 500, where we would expect to see just 4 or 5 such days during the course of a month's time. Of those days, two fall more than three standard deviations from the mean, indicating just how extraordinary volatile the month has been for the index.

On one of those days, Monday, 5 February 2018, the S&P 500 dropped more than 4% (or four standard deviations) below the historical mean. Going over all the 17,148 trading days since 3 January 1950, we find that a 4% or larger percentage change from the previous day's close has only been recorded on 86 occasions, where the historic odds of that happening work out to be 1 in 199.