At the same time, the fourth week of August 2018 also saw the S&P 500 apparently set a new record for bull market duration, where some analysts are measuring the length of the market's current bull run from its closing low value of of 676.53 on 9 March 2009, which marked the bottom of the market's Great Recession-era decline.

Then again, that particular record depends on how you might define a bull run, where there's a great debate about that topic between Nir Kaissar and Barry Ritholtz over at Bloomberg, where they reveal that there's more than one valid way to keep score in the record books!

That kind of argument even carries over to the seemingly incontrovertible new high closing value set by the S&P 500! While we acknowledge the new record high in its nominal value as being worthy of note, we can make the argument that the portion of the stock market represented by the S&P 500 still has yet to reach a true new high even in nominal terms, which is something that we'll explore in the very near future!

Until then, we find that the current trajectory of the S&P 500 is still falling well within the range that we projected that it would be likely to several weeks ago, where we've just passed the midpoint of our five-week long redzone forecast. 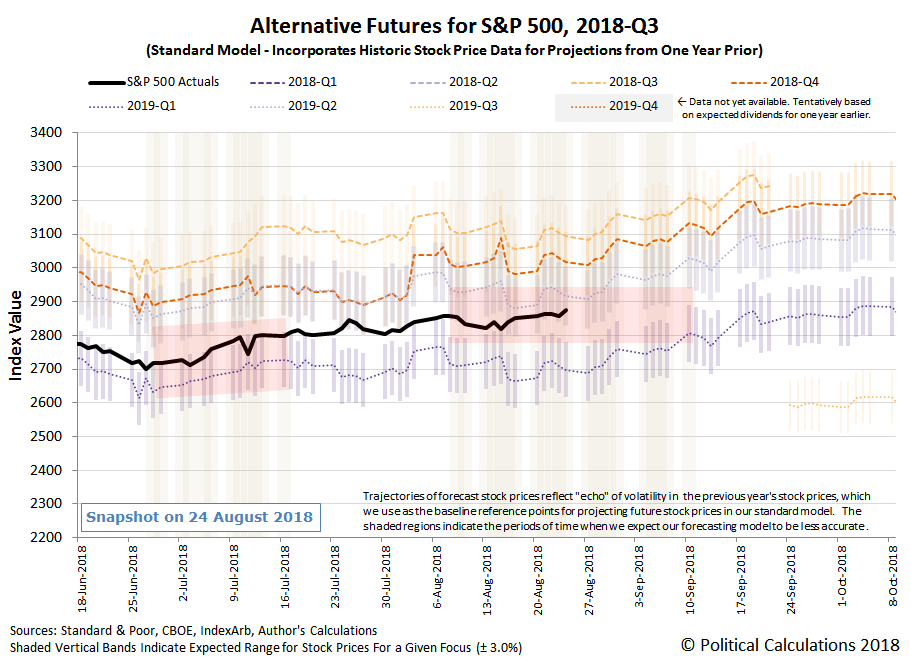 The market moving news of the week continued to be slow, until the final day of Week 4 of August 2018, when Federal Reserve Chair Jay Powell's comments gave markets the boost they needed for the S&P 500 to reach a new record closing value.

Elsewhere, Barry Ritholtz broke down the bigger picture of economy's and the market's news of the week into an equal number of positives and negatives.

Update: Corrected the dates for the news headlines. Must fix programming glitch!...