Political Calculations
Unexpectedly Intriguing!
November 9, 2018
Can You Afford to Retire?

Can you afford to stop working and retire? How would you know if you were? And if you're not ready today, how far away is retirement for you? 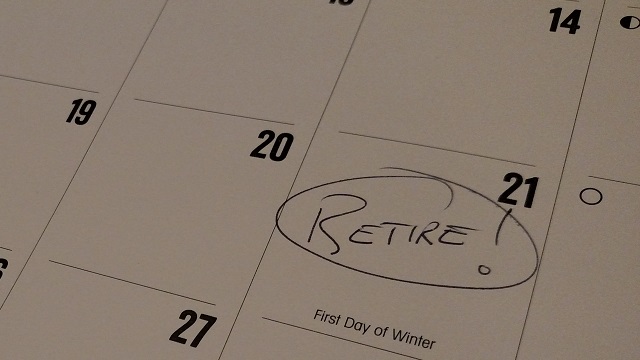 It turns out that there is some shockingly simple math that can answer these questions! That math was developed by none other than Mr. Money Mustache, who found that whether you can afford to retire can be expressed as a single factor: the percentage of your annual after tax income from your job that you're able to save. He describes the intuition behind why this number matters more than almost every other in determining how soon you can retire:

If you are spending 100% (or more) of your income, you will never be prepared to retire, unless someone else is doing the saving for you (wealthy parents, social security, pension fund, etc.). So your work career will be Infinite.

If you are spending 0% of your income (you live for free somehow), and can maintain this after retirement, you can retire right now. So your working career can be Zero.

In between, there are some very interesting considerations. As soon as you start saving and investing your money, it starts earning money all by itself. Then the earnings on those earnings start earning their own money. It can quickly become a runaway exponential snowball of income.

As soon as this income is enough to pay for your living expenses, while leaving enough of the gains invested each year to keep up with inflation, you are ready to retire.

While he built an Open Office spreadsheet (*.ods) to do the math, we thought the insight behind it was interesting enough to develop an online application that doesn't require any special downloads to run, unless perhaps you're reading this article on a site that republishes our RSS news feed, in which case, you'll want to click through to our site to access a working version of this tool.

That said, just enter the indicated information in the following tool, and we'll work out how long it will take you to save up enough to retire and also how old you'll be when you can, assuming that you can sustain your savings plan....

Update 10 November 2018: Some of our readers have reported running into some very counterintuitive results when playing with the "safe withdrawal rate" in the tool. We've confirmed their results and also that our tool is accurately replicating the results that would be obtained using Mr. Money Mustache's original spreadsheet, so it's something that's baked into the math he developed. We've followed up with him, and will report back when we know more. In the meantime, we recommend limiting the range of values you might enter for the safe withdrawal rate to fall between 3% and 4%.

Running the tool with the default values, which assume a 35 year old individual who has already saved $15,000, who can afford to save 20% of their after-tax income of $30,000 per year would be able to retire in 42 years, at Age 76, given the conservative after-inflation rate of return of 4% for their retirement savings and a plan to withdraw 3.5% of the money they've accumulated in their nest egg after they retire.

Playing with the numbers If there were able to save 30% of their after-tax income, it would cut 10 years off that retirement scenario. Boosted to 50%, the time to retirement could be reduced to 19 years, where they would be Age 53.

Mr. Money Mustache notes that's a feature, not a bug, of how the retirement savings math works:

The most important thing to note is that cutting your spending rate is much more powerful than increasing your income. The reason is that every permanent drop in your spending has a double effect:

So your lifetime passive income goes up due to having a larger investment nest egg, and it more easily meets your needs, because you’ve developed more skill at living efficiently and thus you need less.

Meanwhile, if you go in the opposite direction and shrink the percent of income that you save each year, you'll discover that it can take much, much longer. We put an artificial stop in the tool so it won't consider scenarios that last for more than 130 years, because if you cannot save enough to retire within that period of time, you will most likely expire before you can ever afford to retire.

Sharp-eyed readers will probably have noticed that the tool does not take any Social Security payments into account. That's because it considers the possibility that if you're successful, you could afford to retire at a much younger age where it might be years before you even see your first check from the program. And because it does, those who are concerned about whether their Social Security will be cut in the future as currently forecast can breathe easier because they're not dependent upon that additional income.

You can also play with the after-inflation savings rate of return, where values between 3% and 6% would be reasonable for long term scenarios. Meanwhile, retirement specialists suggest that a "safe withdrawal rate" from your retirement savings each year after you're retired would fall between 3% and 4%.

But the big driver in the numbers is the percent of your after-tax income that you can save. The bigger that number, the sooner you can leave the rat race!