Meanwhile, median household income in the U.S. likewise rebounded in April 2019 after having dipped in early 2019, rising to a new nominal high value of $64,019.

Calculating the trailing twelve month averages for both data series to smooth out month-to-month volatility, then finding the ratio of median new home sale prices to median household income, we find that new homes are nearly the most affordable that they have been since November 2013, the last time the median new home sold in the United States cost just under 5.1 times the income earned by a typical American household. The following chart shows the evolution of that affordability measure from December 2000 through April 2019, where we find the peak of "unaffordability" was reached just a little over a year ago, in February 2018. 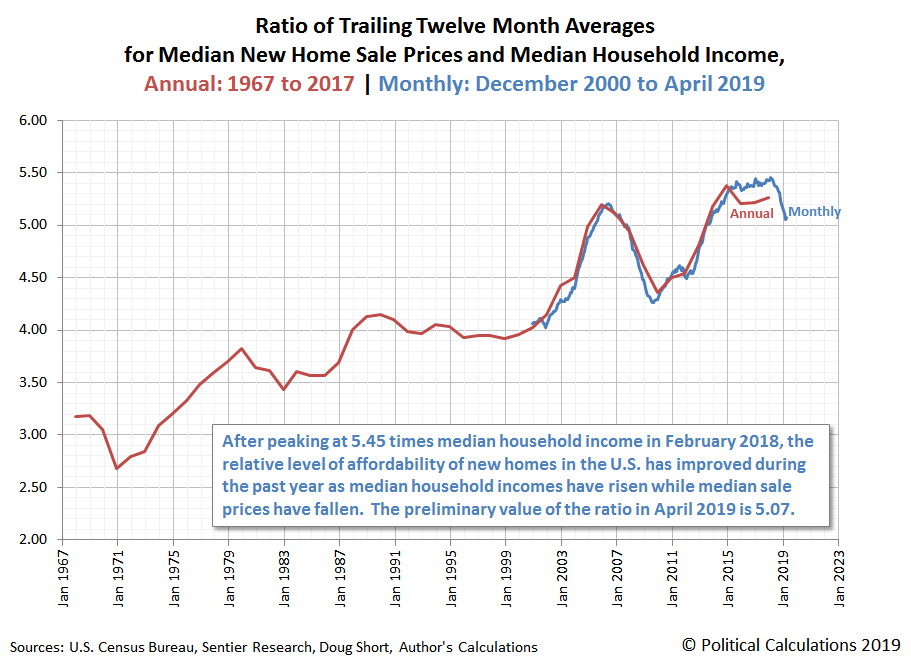 In the next chart, we're showing the monthly data for trailing twelve month average for U.S. median new home sale prices from December 2000 through April 2019, plotted against the trailing twelve month average of U.S. median household income over the same period of time, which shows the relative improvement in affordability seen since April 2018 has come through a combination of declining new home sale prices and rising household incomes. April 2019's preliminary figures potentially mark a reversal in the recent trend for declining new home sale prices. 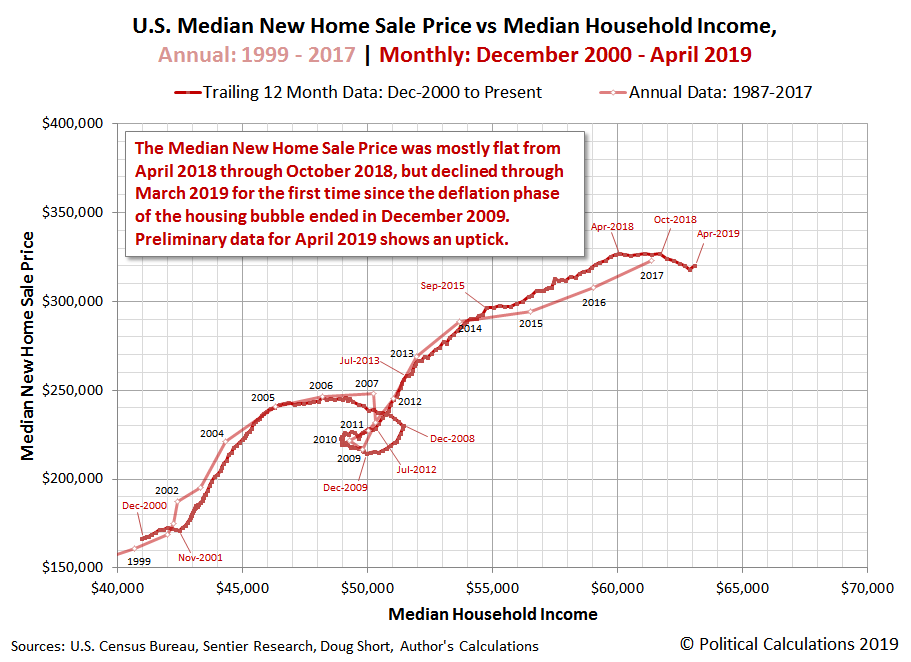 What's driving the apparent rebound? If we were to pick one potential factor, it would be the rapid decline in U.S. mortgage rates that has taken place since they peaked in mid-November 2018, where they have now dropped nearly three quarters of a percent to just above 4.1% in April 2019. 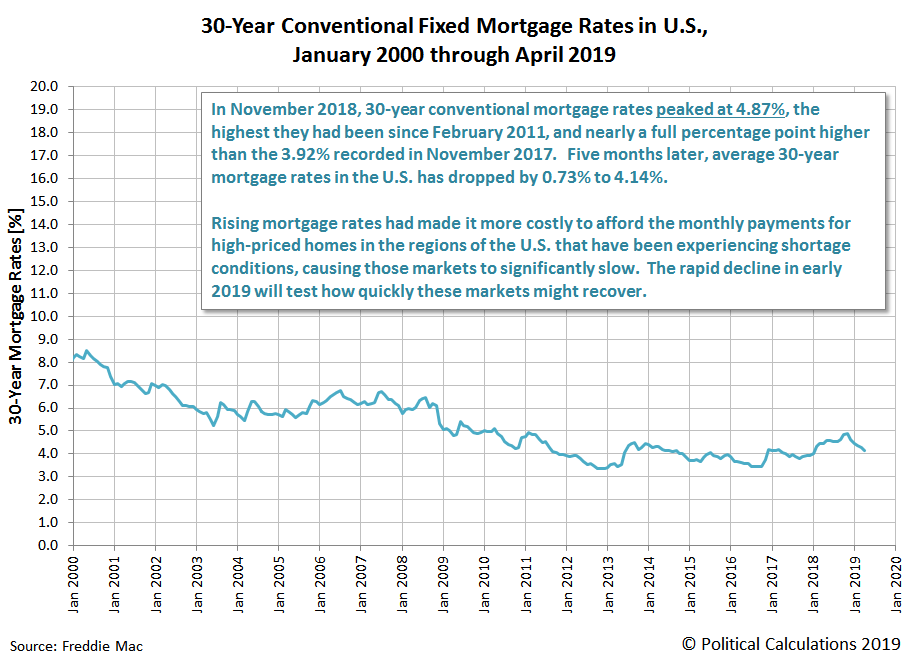 The question now is whether that rebound represents either a sign of life or a dead cat bounce for the new home sales market in the U.S.?