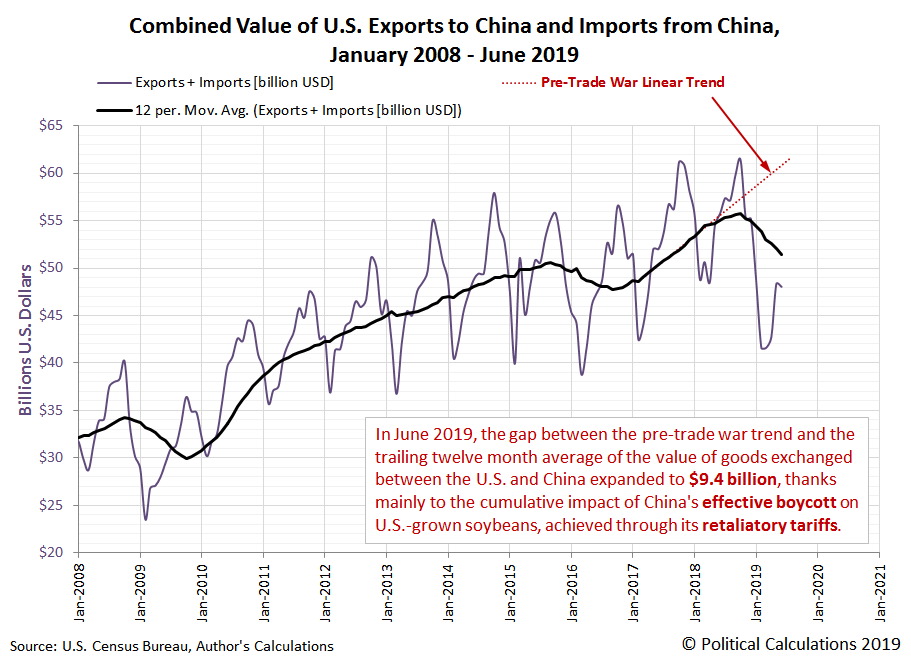 Most of this growing gap may be attributed to the cumulative impact of China's effective boycott on U.S.-produced agricultural goods, which to date, has primarily been achieved through retaliatory tariffs on U.S.-grown crops, such as soybeans. On Monday, 5 August 2019 however, China's leaders confirmed they will fully suspend all new purchases of U.S. agricultural products, tightening their boycott of these goods.

Since the U.S.-China trade war began in March 2018, the cumulative total loss of direct trade between the two nations has grown to $52.8 billion. This figure now exceeds the trailing year average level of U.S.-China trade, which totaled $51.4 billion in June 2019.