Nationally, the total valuation of aggregate existing home sales have continued to dip in June 2019 from April 2019's level. All but the U.S. Census Bureau's Northeast region has seen dips from recent peaks.

Preliminary and revised state level existing home sales data through June 2019 is now available from Zillow's databases, which now includes data from New Hampshire in the period July 2017 to the present. The following chart illustrates the trends we see for the 44 states for which Zillow provides seasonally-adjusted sale prices and volumes for existing homes in 44 states and the District of Columbia. 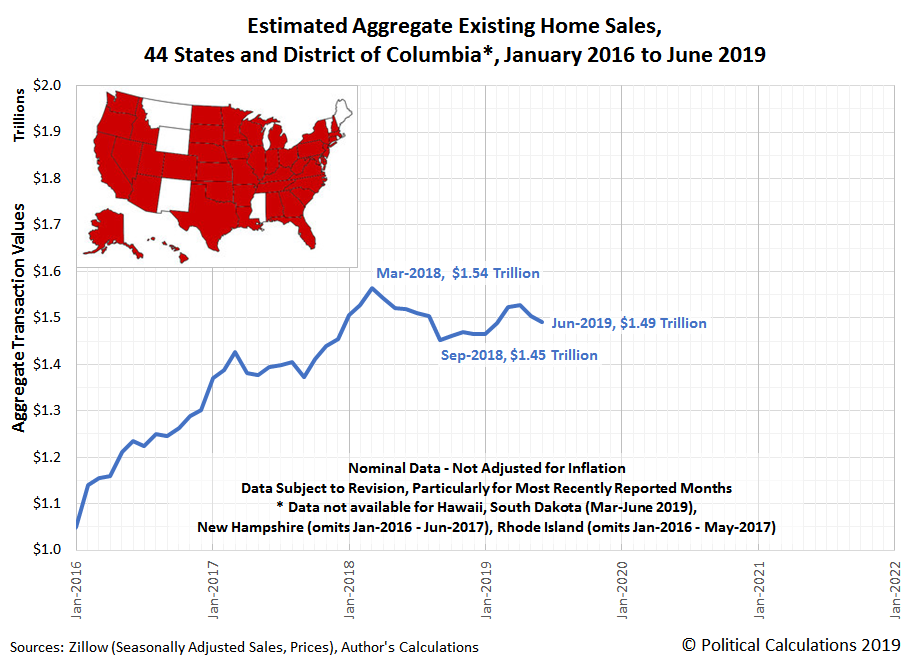 The following charts break the national aggregate existing home sales totals down by U.S. Census Bureau major region from January 2016 through June 2019. The first two charts below show the trends for the West and the Northeast, which have respectively been the weakest and strongest regions in the nation over the last several months. [Please click on the individual charts to see larger versions.] 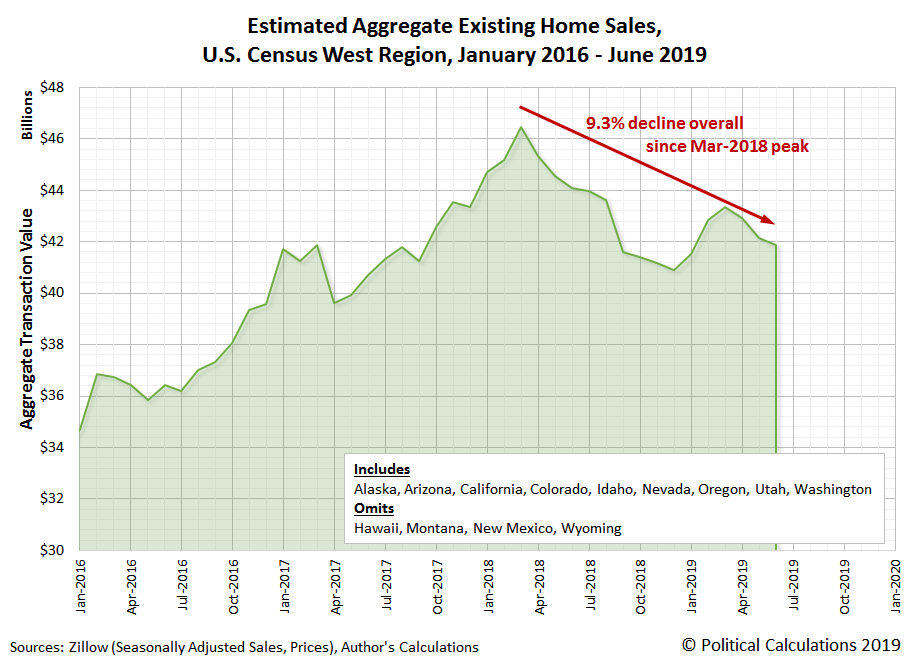 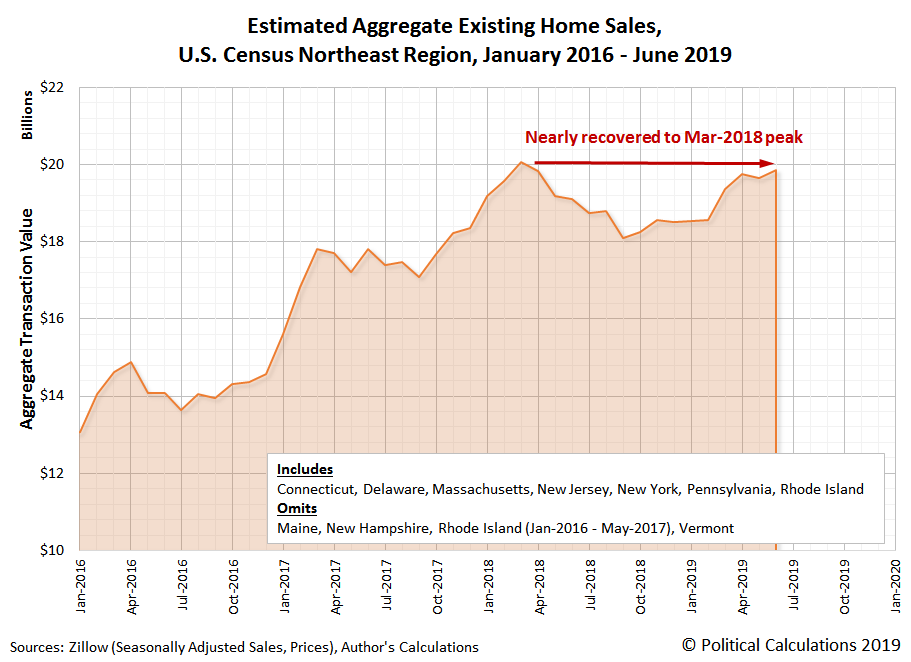 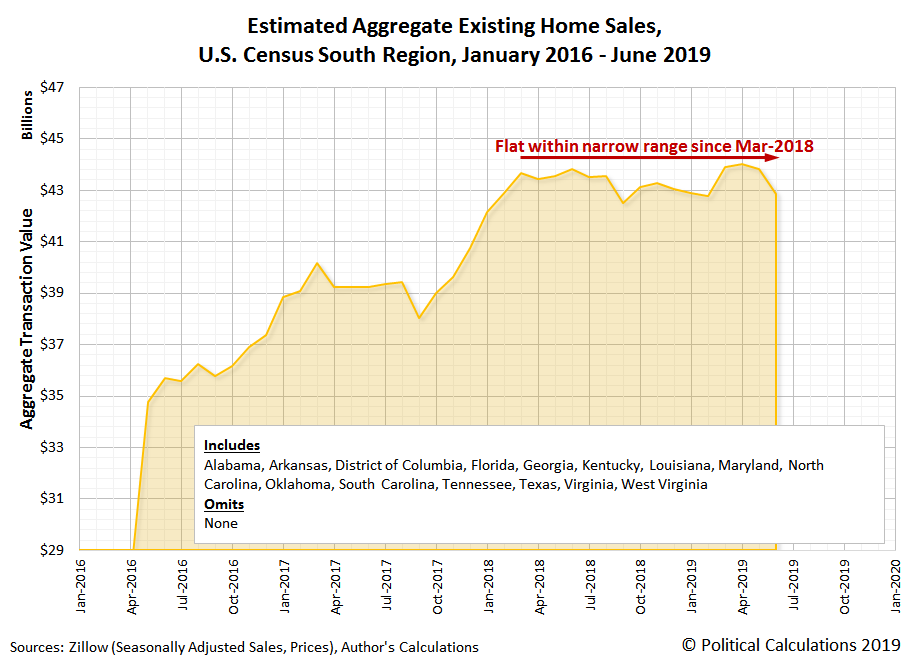 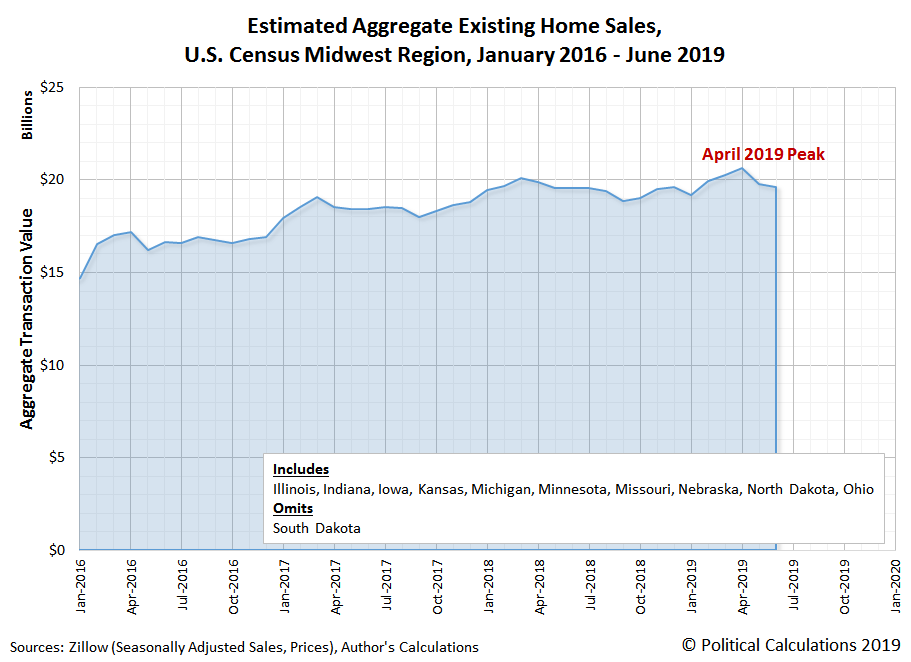 Of all these regions, the West has shown the most weakness, with California's market accounting for the lion's share of that weakness since March 2018. 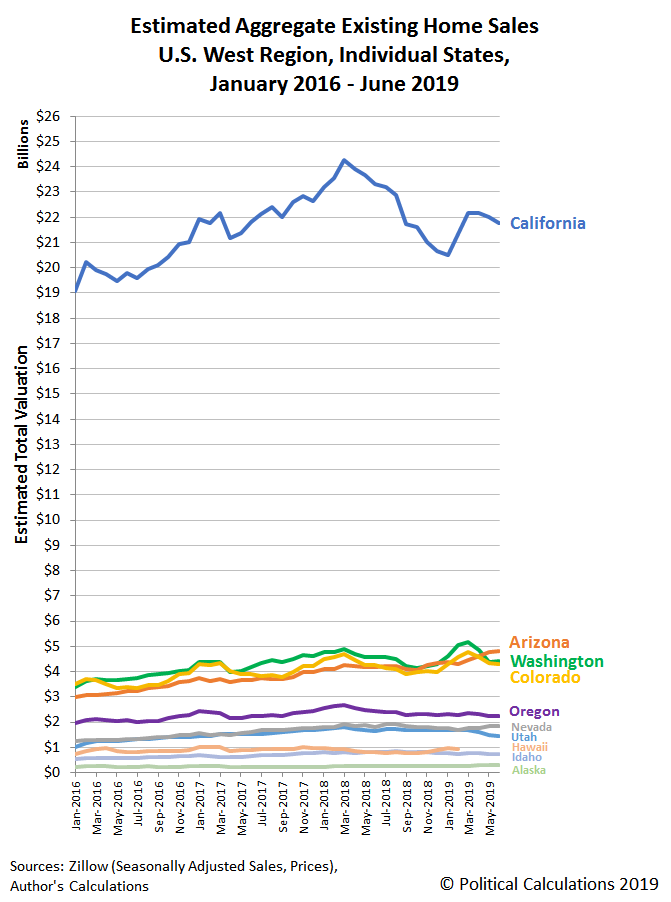 Aside from California, which is the 800-pound gorilla of state-level real estate markets, Washington, Colorado, Utah, and Oregon have also seen declines in recent months, with other states' markets appearing relatively flat. Only Arizona stands out with a rising volume of existing home sales in the last several months.