Although some market observers are claiming the S&P 500's rising trend is attributable only to rising valuations, with the index' Price/Earnings (P/E) ratio reaching up to its highest levels since 2001 without a proportionate increase in earnings, that's missing the point that earnings aren't what drive stock prices. Expectations for future dividends are what do, and they've been rising throughout much of 2019-Q4, with stock prices coming along for the ride.

As of the close of trading on Friday, 6 December 2019, we find the level of the S&P 500 is right in the middle of the range of the redzone forecast provided by our dividend futures-based model would set the index, assuming that investors are focusing on the distant future quarter of 2020-Q3 as they go about setting current day stock prices. 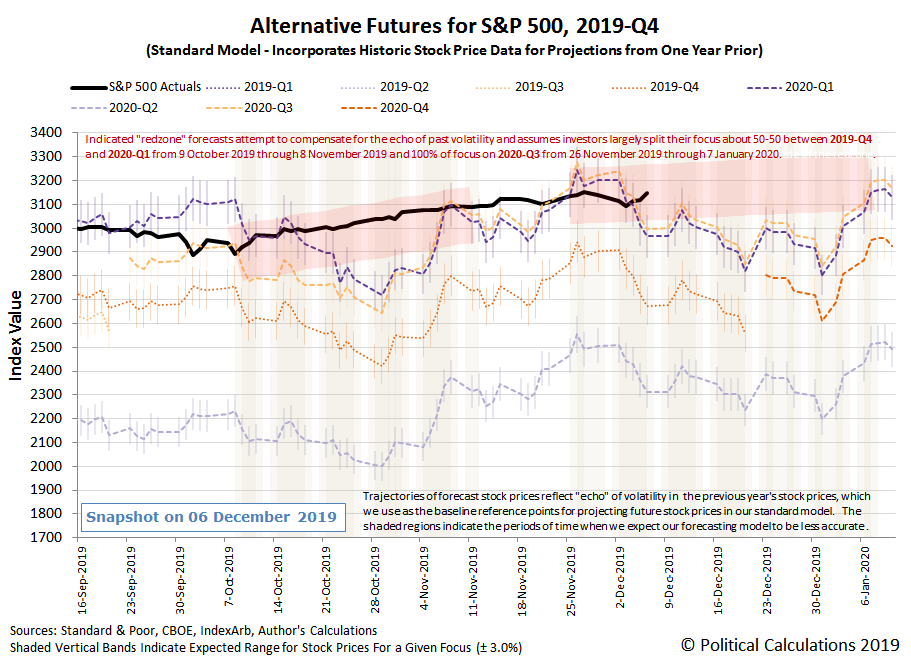 2019-Q3 has become a focal point for investors because that's when investors are anticipating the Federal Reserve's next action on interest rates, with the CME Group's FedWatch Tool currently projecting at least a quarter point rate cut taking place in September 2020: 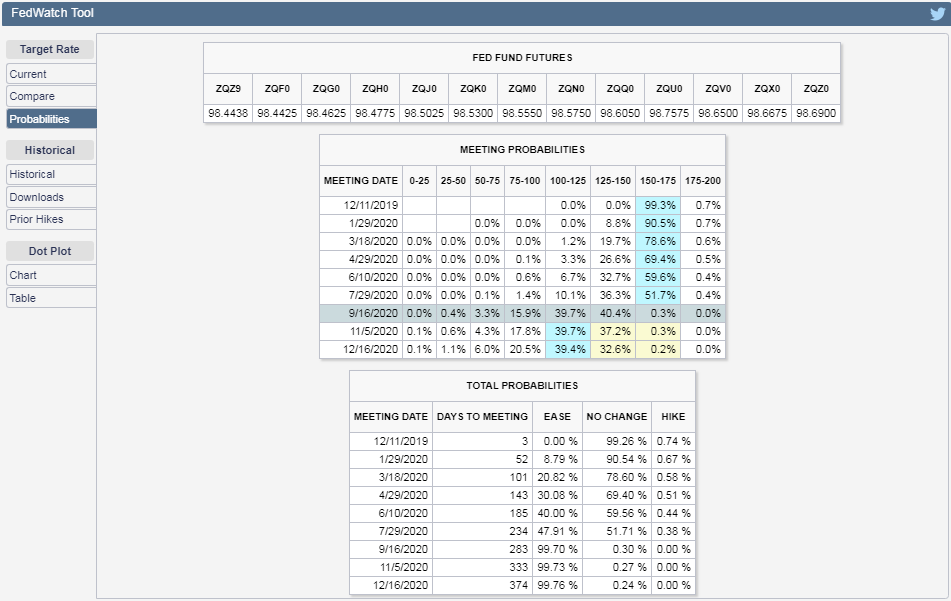 That's not to say that investors will maintain their focus on that distant future quarter over all the time between now and its end. They could shift their attention toward another quarter in the future, such as 2020-Q2, which would address the market analysts concerns about high P/E ratios for the S&P 500, since that change in how far into the future investors are looking would be accompanied by a fall in stock prices.

Such a change would be driven by the onset of new information. Speaking of which, here are the major headlines we noted for their market moving potential during the week that was.

Euro zone factory activity shrank in November but worst may be over: PMI

Over at The Big Picture, Barry Ritholtz succinctly summarizes the positives and negatives he found in the week's economics and market-related news.