Two years ago, we announced the end of a relative period of order in the U.S. stock market. Two years later, there are signs that the chaotic period that followed may now be coming to an end. The following chart showing the daily value of the S&P 500 versus the index' trailing year dividends per share points to that possibility: 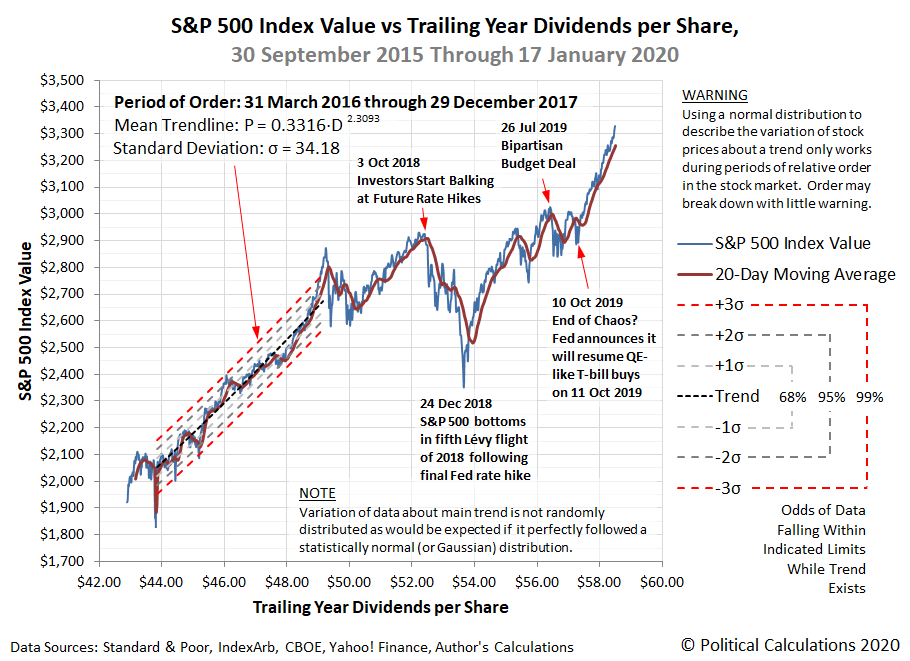 We're a bit reluctant to start drafting the statistical equilibrium thresholds that apply during relative periods of order in the U.S. stock market, mainly because the new order now taking form has arisen only because the U.S. Federal Reserve began buying large quantities of short-term debt securities issued by the U.S. Treasury in its return to a quantitative easing-like policy in October 2019, which is something it really doesn't want to do, but has to because it badly misjudged the markets' needs for liquidity.

How long that might last remains to be seen. For our part, we'd like to see a more typical level of 'orderly' volatility in stock prices before we overlay any statistical thresholds based on the developing period of relative order in the market.