Housing sales are something of a slow motion economic indicator, where March 2020's recently released data is only beginning to show the effects on new home sales, which for the month, were primarily affected in the U.S. Census Bureau's West region.

That makes sense when you consider that the states of Washington and California were among the first to report confirmed coronavirus cases within the U.S. At the national level however, the impact within these states is comparatively small with respect to how we anticipate it will be affected in upcoming data releases, which will show the impact of the statewide lockdowns that were implemented in the latter weeks of March 2020.

For now, we can provide a picture of what the U.S. market for new home sales looked like before the response to the coronavirus pandemic shut down large sectors of the nation's economy. The following chart shows the trailing twelve month average market cap for the U.S. new home market, from January 1976 through March 2020, which spans all the available monthly data for it: 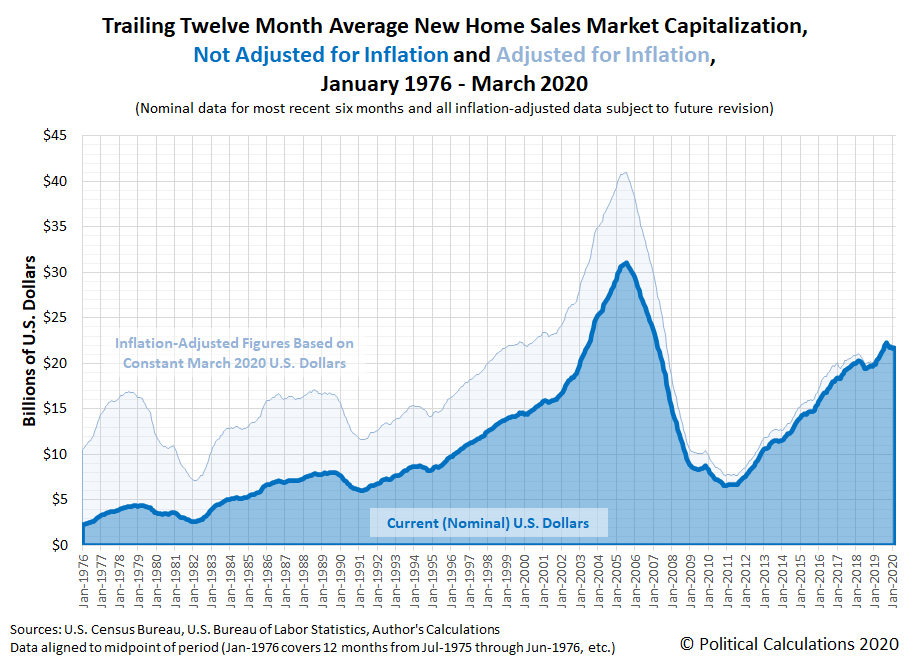 Going into the coronavirus recession, the U.S. new home market was already experiencing a dip in its market capitalization, having recently reached its last peak in September 2019.

The new home market cap is the product of the number of sales and the average sale price of new homes sold in the U.S., where both component factors have fallen in recent months. The following chart shows median and average new home sale prices from January 2000 through March 2020: 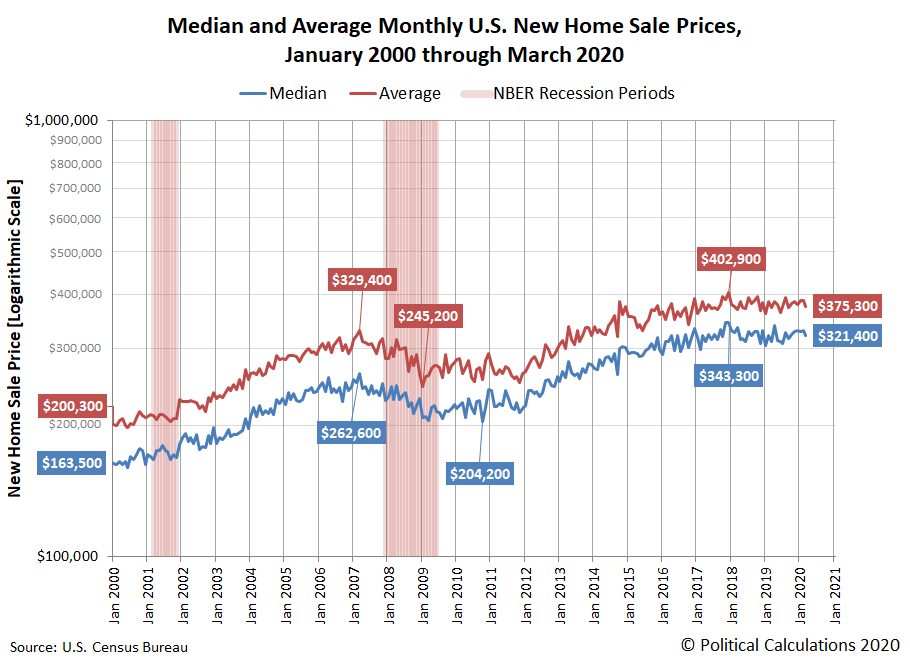 At this time, we can expect the volume of housing sales will fall when the data for April 2020 becomes available next month. What's less clear is what will happen with median and average new home sale prices, where we can see two possible likely scenarios:

That latter scenario reflects the disruption from the coronavirus-related job layoffs, which have disproportionately impacted Americans in lower income earning occupations. Americans at the higher end of the income spectrum have been less affected by employment disruptions, where new home sales that are completed will reflect the higher relative proportion of these sales within the nation than would have occurred if not for the coronavirus lockdowns.

Which of these options do you see as being more likely? Or is there another option that better describes what we can expect to see when the sales data for April is released late next month?

And what scenario explains Florida Man Tom Brady's recent housing escapade? We don't even know where to begin with that one!...