How much of the U.S. stock market is owned by foreigners?

According to the U.S. Treasury department, foreigners owned $9.17 trillion worth of U.S. equities through the end of the second quarter of 2020, which is the equivalent of 35.7% of the total market capitalization of the S&P 500 (Index: SPX) at that time. That represents a slight increase over last year's figures. The following chart presents the raw numbers: 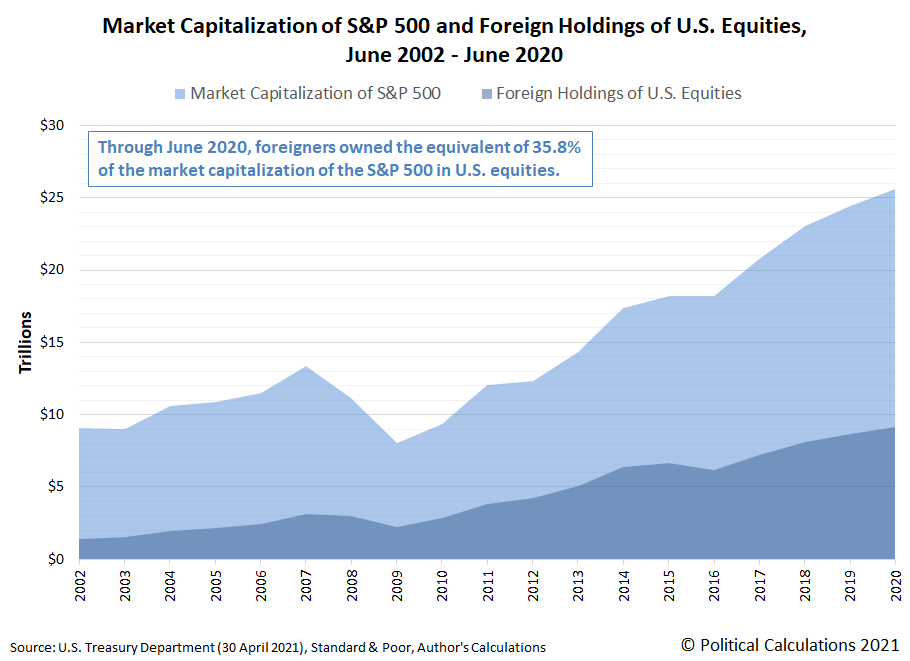 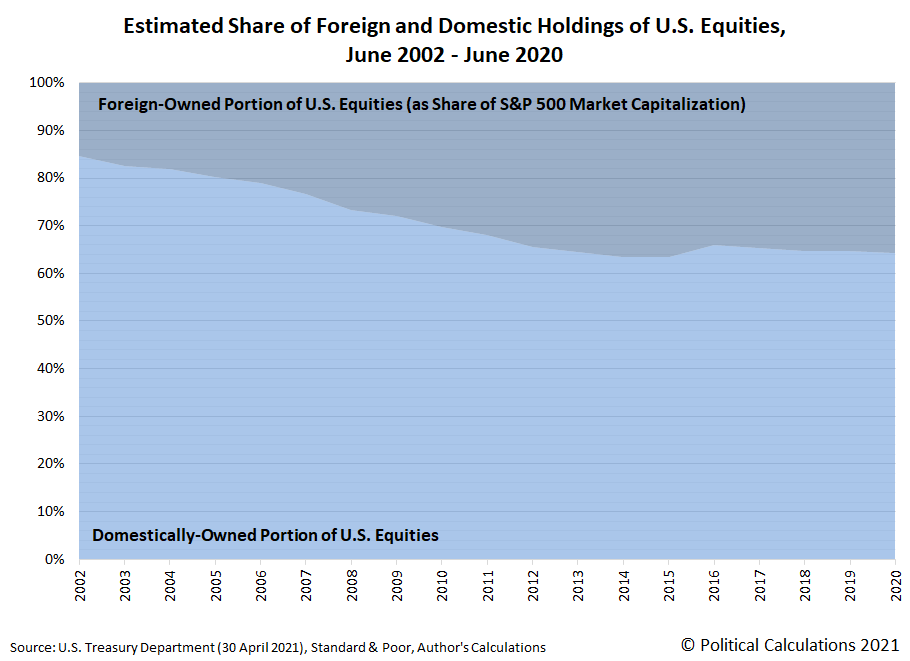