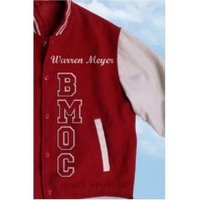 We're fans of the Coyote here at Political Calculations, so the news that Warren Meyer's new book BMOC

is doing well on Amazon.com

We were in luck - someone had! Unfortunately, while they included a nice graph of sales rank vs. book sales, they didn't provide any curve-fitting formulas that we could simply plug into one of our tools. So, using a sophisticated technique called "eyeballing," where we look closely at a graph to figure out what points the curve passes through, we reverse-engineered a set of formulas that form the basis for our latest tool: the Amazon.com Sales Rank to Number of Books Sold Converter!

Okay, the title of the tool needs a little bit of work, but at least you know what it does: approximate the number of books sold represented by Amazon's sales rank. We observe that these values are only approximations, since we would expect book sales to vary by seasonal factors as well as more mundane matters (like marketing campaigns). We'll also note that the number of sales for top-ranked books likely varies wildly (for instance, a new Harry Potter

book might dwarf the sales of the #2 through #100 titles.) But, if for no other reason than bragging rights, we can put a somewhat realistic number of books sold with Amazon's sales ranks for the more typical rankings:

We've entered the Amazon sales rank for BMOC from this morning as our default data in the tool above. Warren indicates that the rank fluctuates up and down, so you may need to check its rank several times to get a good sense of how many books per day that readers are buying.

In any case, our source for the graph provides the following insight for authors with books listed on Amazon: