Just for fun, we thought we'd revisit the issue of U.S.-China trade and compare the relative performance of Bill Clinton and George W. Bush over the course of their presidencies. First up, here's a chart showing the history of U.S. exports to China and U.S. imports from China from January 1993 through January 2001, corresponding with President Clinton's terms in office (all data taken from the U.S. Census): 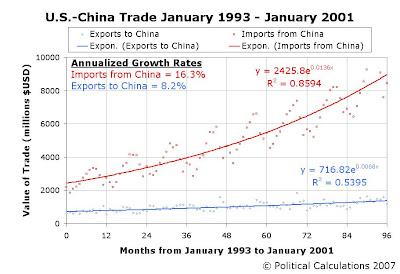 Now, let's look at the relative trade performance of the Bush administration, going from January 2001 through the most recent data available as of January 2007: 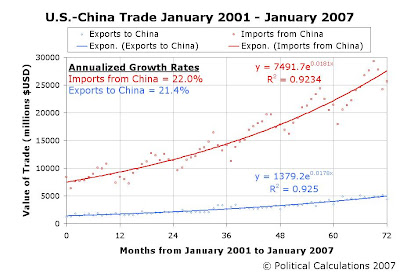 Just out of curiosity - which President's administration would you say is better at managing the United States' international trade?