We're going to begin this post by having some fun at 2008 Democratic Party presidential nominee Barack Obama's expense. Just imagine, if you would, that Senator Obama has walked into a neighborhood McDonald's with plans to buy a Big Mac(TM).

He looks around and sees that his fellow diners are all enjoying their own Big Macs, but before he orders, he looks up and sees that McDonald's has a new menu item: the Big Mac with Arugula. 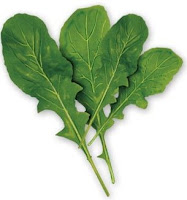 Being a fan of arugula, the leafy salad green with a bit of a peppery flavor, which is being offered along with the two all-beef patties, special sauce, lettuce, cheese, pickles, and onions on a sesame seed bun that most Big Mac connoisseurs would find familiar, the Senator decides that he will order one, figuring that it would only cost just a bit more than a regular Big Mac.

That seems pretty reasonable. After all, it's just a regular Big Mac with just a little bit of arugula added to it, which should add some, but not a lot, to the cost that a reasonable consumer ought to be willing to pay.

The Economist indicates that in mid-2008, the price of a regular Big Mac at any neighborhood McDonald's in the United States is $3.57 (USD). For the sake of our story, let's say that $3.57 is indeed the price of a regular Big Mac, but that the listed price of the Big Mac with Arugula is $5.38, which turns out to be quite a bit outside of the Senator's affordable price range for this kind of item.

Here's where the Senator makes his first mistake: instead of either walking away and going somewhere else for his meal, or selecting a regular Big Mac or some other menu item that he could afford at that neighborhood McDonald's, he decides that he *must* have the Big Mac with Arugula!

So he tries negotiating with the cashier. He first offers a price that seems pretty reasonable for what's pretty much just a regular Big Mac with just a little bit of arugula added to it: $3.60.

No sale. Not discouraged, Senator Obama ups his offer to $4.14. Surely that handsome amount will bring the mouth-watering goodness that is the Big Mac with Arugula into his possession!

But the cashier kindly declines. Talking with them, Senator Obama finds out that they might be willing to come down from the menu price for the Big Mac with Arugula from $5.38 to $4.55, but only if he agrees to also purchase an order of Large French Fries at their regular menu price of $1.79. 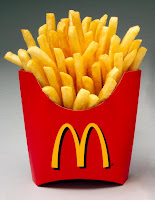 Unfortunately, this is where Barack Obama repeats his first mistake and makes his next mistake. Unable to resist the siren's call of the idea of feasting upon what must surely be the most supreme Happy Meal(TM) of all time and realizing that he would not be able to come up with enough money on his own to buy both the Big Mac with Arugula and Large French Fries, which are well outside his pay grade, he gets on his cell phone and asks his friend and political associate Tony Rezko to come to the neighborhood McDonald's.

Arriving with his wife, Tony Rezko quickly discovers how anxious Senator Obama is to buy the Big Mac with Arugula, as he now believes that this is the only menu item that could ever satisfy his hunger. In the spirit of the friendliness that characterizes the countless unnamed favors done for past and future considerations in Chicago, Tony Rezko's wife spontaneously agrees to buy the Large French Fries, so Senator Obama can buy his Big Mac with Arugula for $4.55!

Later on, Senator Obama realizes that he would like some french fries too and scrounges up some change to buy 1/6 of Mrs. Rezko's french fries. Mrs. Rezko eventually sells the remaining french fries to another customer at the neighborhood McDonald's while Tony Rezko ends up being convicted and serving time for unrelated considerations.

Which brings us to Senator Obama's newest problem with this transaction. It seems that all people can talk about is how much he was able to save by having Mrs. Rezko buy the Large French Fries as part of the deal. But has anybody else noticed that $4.55 was way too much to pay for a regular Big Mac with just a bit of arugula added to it in the first place? Especially in Chicago? Well before the big bubble in the arugula market?

We'll confirm that for you tomorrow. In the meantime, if you're considering entering into a similar transaction, we believe you're better off opting for the regular Big Mac!

Our follow up to this post, in which we show that at a minimum, 2008 Democratic Party presidential nominee and current Senator Barack Obama (D-IL) paid $360,738 more than his house in Chicago was worth in 2005. At a maximum, he overpaid by as much as $468,502 for the property where his family now resides.