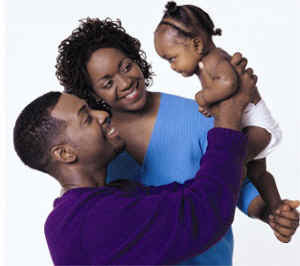 Why don't more mothers exclusively breastfeed their children for the full 12 months recommended by the American Association of Pediatricians?

It's true! The Centers for Disease Control confirms that nationally, just 31.5% of 3-month old babies are exclusively breastfed, which drops to 11.5% for 6-month olds.

Meanwhile, if we look at the percentage that are ever breastfed, we find that while 74.2% of all babies are breastfed through part of their lives, at six months of age, just 43.1% are still receiving some of their sustenance through breastfeeding, which drops to 21.4% of one-year olds.

But more than that, those declines exist over time even as there's an amazing amount of social pressure put upon mothers to breastfeed in the U.S., including increasing levels of government-backed pressure to impose and enforce the practice on mothers.

But are they justified? Does the data back up these activists and public officials? Or are they just being a bunch of breastfeeding nazis?

It turns out that the data doesn't back them up as much as they think it does. Hanna Rosin reports (HT: Marginal Revolution) that a lot of the science upon which the claims of studies suggesting the advantages of breastfeeding over formula-feeding is not as well-founded as advocates argue, as the data upon which they're based has not been controlled well enough to support their conclusions. These studies, in other words, have too many loose ends.

For our part though, we're going to take a closer look at the cost aspect of breastfeeding vs formula to see how well those claims are supported.

Update 4 June 2009: One of our readers, a new parent, points to a 1970 paper which finds that women who are lactating need an additional 600 calories per day, which means that mothers who breastfeed frequently eat more than mothers who bottle feed, further decreasing any real cost savings for breastfeeding! In their words:

Assuming a 2000 cal diet, that's a 30% increase in caloric intake that probably maps pretty straight to the grocery bill. Anecdotally, this matches up with what I've seen from friends and family.

For our bottom line, we find that while there are advantages and disadvantages to both breastfeeding and formula where giving sustenance to infants is involved, but at this point, none of those things justify government mandates dictating which method parents might choose to feed their children.