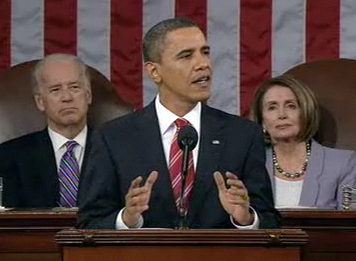 Having already established that the "stimulus bill," as President Barack Obama described the American Relief and Recovery Act of 2009 in his first State of the Union address, actually failed to stimulate the economy as the administration's finest economic minds anticipated it would, we thought we'd turn our attention today to why the stimulus bill failed to work as planned.

Let's begin by outlining three scenarios for why the stimulus failed to deliver on its backers' best thinking, based upon the potential effectiveness of the stimulus bill's ability to stimulate the economy:

Before we go any further, let's make something very clear. Regardless of which of these possible scenarios might actually apply, the stimulus failed because of a lack of effective leadership by President Obama.

Here's how we know. Each of these scenarios has one thing in common - the economy performed worse than expected. The hard evidence of that fact, perhaps most easily measured by the government's tax collections, but to a lesser degree by the nation's employment situation, piled up month after month after month.

And yet, there was absolutely no follow through on the part of the President or his administration to adapt to the worse-than-expected situation. Other than to blame the worse-than-expected economy, which much surely have been the fault of the previous administration, or to proclaim the success of jobs having been "created or saved" through the stimulus, a measure so open to interpretation to its meaning to actually have none.

You see the problem. No follow through. And without the follow through to make sure that things are going as they should be, and the response to set things back on track if things are not, the failure of the stimulus bill to work as intended was ensured. 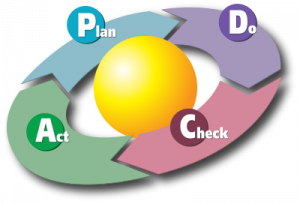 Applied to the President's stimulus bill, we see problems beginning almost immediately in the planning phase, in that "jobs saved or created" was clearly not an effective measure. However, that's not a show-stopper, since there were other, more effective measures that clearly communicated things weren't going as planned.

Instead, we observe that at no time in the past year did the President or his economic team act to adjust to an economic situation that was worse than they expected, as the situation was developing. It was only in last night's State of the Union address that the President finally began to adapt to a situation that he and his advisers sat by and watched grow worse than they expected for each of the last ten months with his call for a new "jobs" (aka "stimulus") bill.

Only now, the President will have a much more difficult task in gaining approval for the new measure, given his demonstrated inability to deliver promised results. It's a lot harder to get a hit when you take your eye off the ball.