How does the United States and Canada compare with one another where each nation's number of suicides each year is concerned? Sure, the nations share a 3,145 mile-long border (that's 5,061 kilometres for our Canadian readers), but as either Americans or Canadians can tell you, what happens on one side of the border can be very different from what happens on the other.

We'll first consider the total number of cases each year for each nation where the cause of death was determined to be the result of self-inflicted injuries. 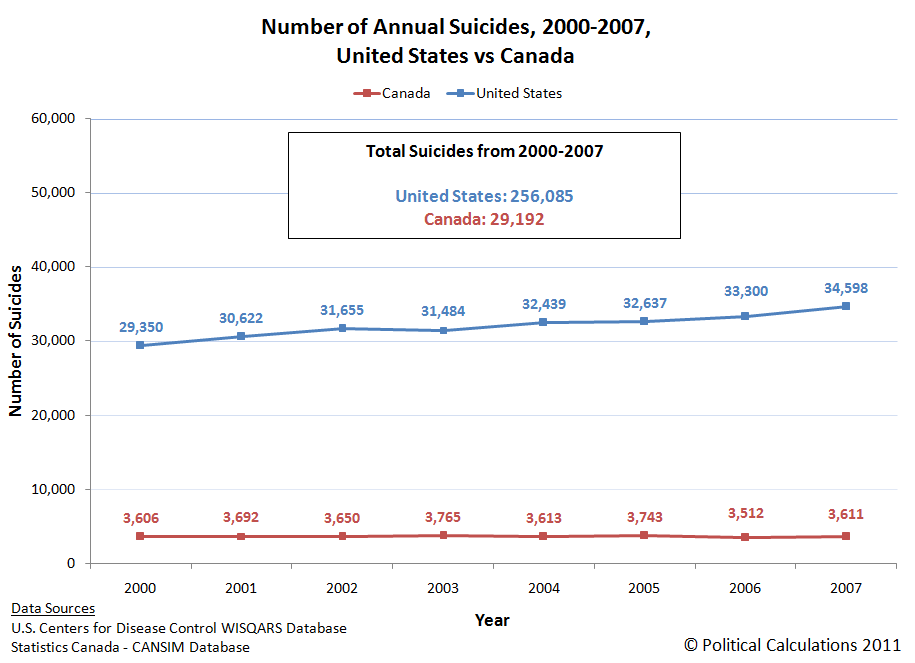 In looking at this first chart, we see that since 2000, the U.S. appears to have a rising number of suicides, while the trend in Canada appears to be relatively flat in comparison.

That comparison doesn't take the differences in the size of the population of either country into account, much less how the population for each might be changing over time, so we'll next consider the so-called "suicide rate" for each country - the number of suicides per each 100,000 individuals of population, which will directly address this issue. 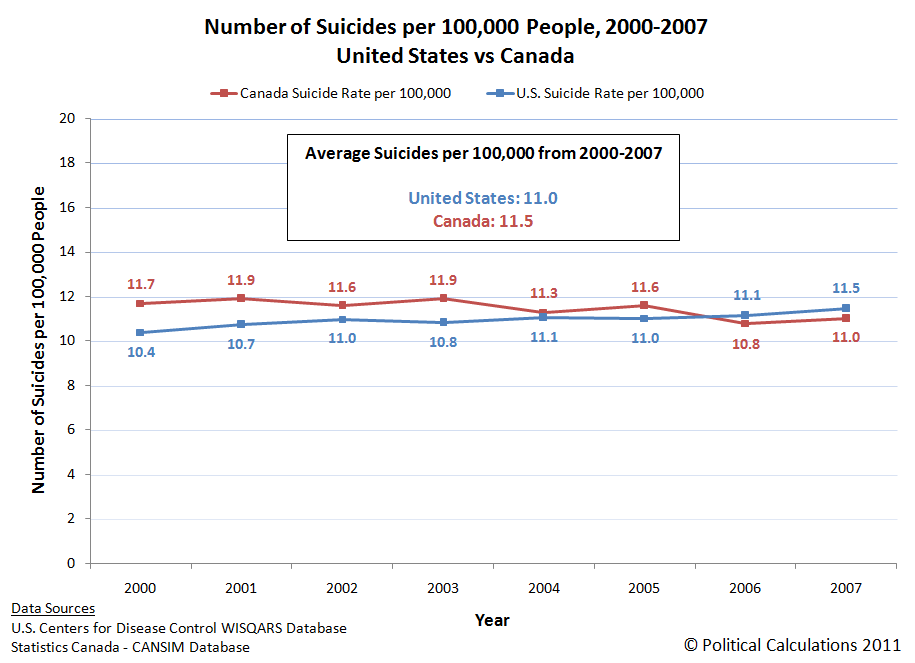 So on the whole then, the U.S. and Canada would appear to be very similar to one another where deaths caused by self-inflicted injuries are concerned. If Canada's population were identical to the United States, it would likely see the same number of suicides each year, or actually a bit more than that, given its slightly higher suicide rate.

Things change dramatically however when we consider the methods by which people in the U.S. and Canada have committed suicide in the years from 2000 through 2007. 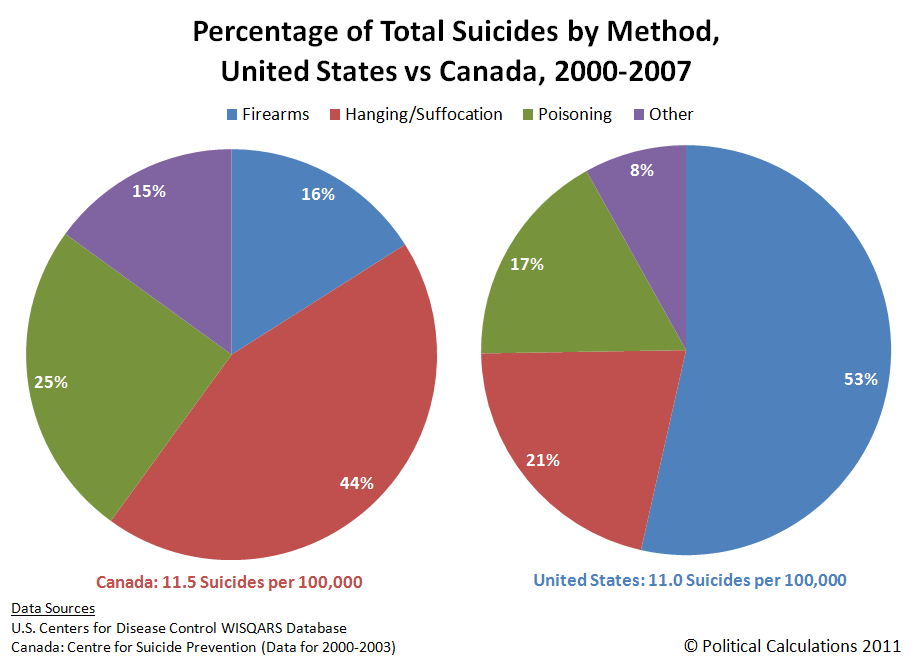 Here we find that Canada's much more restrictive gun laws significantly changes the preferred methods by which Canadians commit suicide compared to the U.S., where firearm-related self-inflicted injuries represent the majority of suicides. We observe that compared to Americans, Canadians appear to substitute the methods of hanging and suffocation, poisoning and other types of self-inflicted fatal injuries for the use of firearms.

But note that they only exchange the method of suicide - the suicide rate data between the two nations clearly demonstrates that Canada's more restrictive gun laws do little or nothing to affect the number of Canadians who successfully act to end their lives in any given year.

Consequently, we find that the restrictions that a nation might place on gun ownership by its citizens very likely do little or nothing to affect the number of suicides that take place within the nation.

With that being the case, we find that gun control advocates using such figures may be considered to be deeply dishonest. And that's the best case interpretation of this situation. In the worst case interpretation, they could quite legitimately be considered to be monsters, as they would appear to be very much in favor of seeing thousands more people hang or poison themselves when committing suicide, which would be the nearly inevitable outcome of the restrictions they seek to impose upon others.

If perhaps they had chosen to stick with using homicide data, which we'll look at soon, they would have more credibility. But then, they've apparently made other choices.

Actually caring about people just doesn't seem to be among those choices.