Political Calculations
Unexpectedly Intriguing!
27 May 2011
When You're 84... 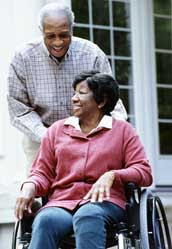 Assuming you'll live to what the federal government considers to be "full retirement age", you have reasonably good odds of living to Age 84.

The only problem though is that for many of these Americans, the trust funds that support the government benefits upon which they will rely during their retirement years will run out of money during their lifetimes. When that happens, the amount of cash paid out to support these benefit programs will be slashed, as promised by current law.

So who will be the Americans most likely to be negatively affected by these trust funds being depleted during their lifetimes?

To find out, we started with the years that Social Security's Trustees estimate that each of these trust funds will no longer have enough money to pay out to Social Security and Medicare beneficiaries, and worked backwards to identify the birth years for people who will be between the ages of 67 and 84 when that happens, which we identified on our chart below: 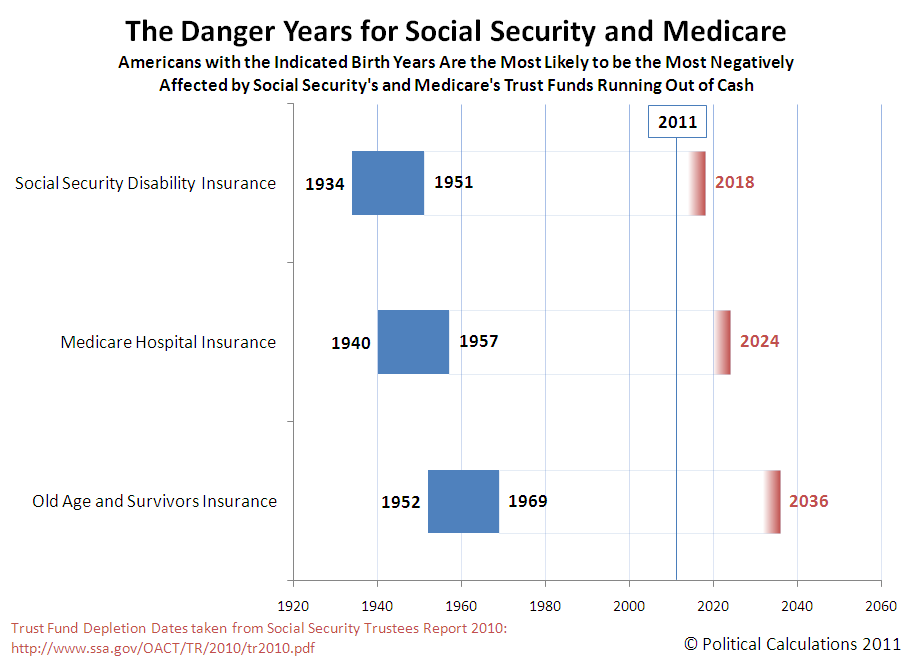 Here, a majority of people born before the birth year indicated on the left of the blue bar for each trust fund can live to Age 84 without seeing their Social Security or Medicare benefits decreased during their lifetimes.

Meanwhile, people born after the birth year indicated on the right of the blue bar won't necessarily have to worry as much about their Social Security and Medicare benefits being cut, because they'll never receive the generous amount of benefits that individuals born in earlier years received during their lifetimes.

But the blue bar itself indicates the real danger years for Social Security and Medicare beneficiaries. People born between these years will very likely start receiving the really generous benefits supported by the Social Security and Medicare trust funds, but will see those benefits dramatically decline during the part of their lives during which they will rely upon them most.

Just as today's politicians have promised!