A quick story in three charts. First, here are the primary trends we've observed in the seasonally-adjusted initial unemployment insurance claims figures produced by the BLS since January 2006, through the most recently reported data: 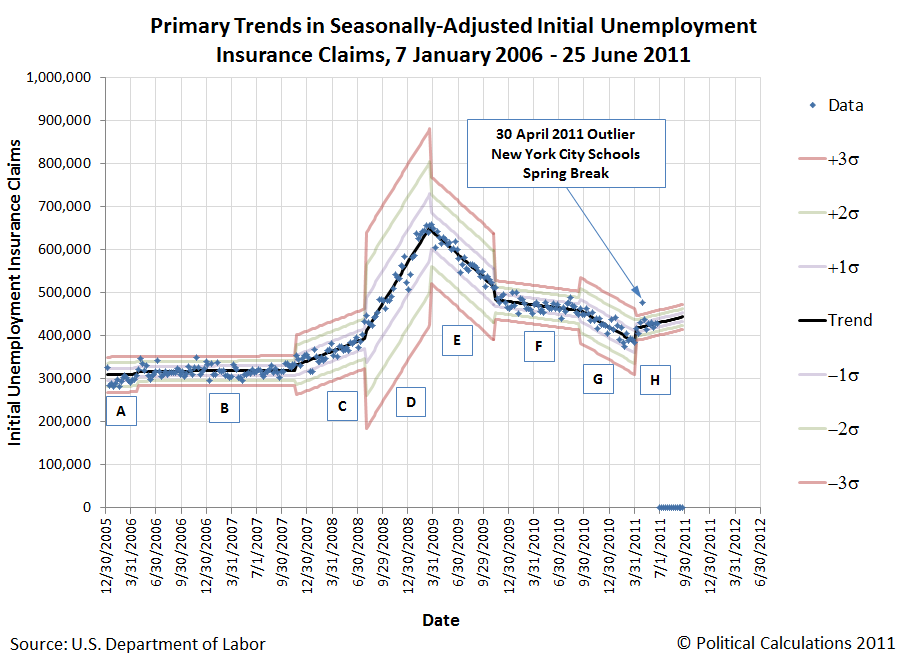 Next, here is the residual distribution of the same data, which accounts for the changing level of the new jobless claims data due to the trends we've observed: 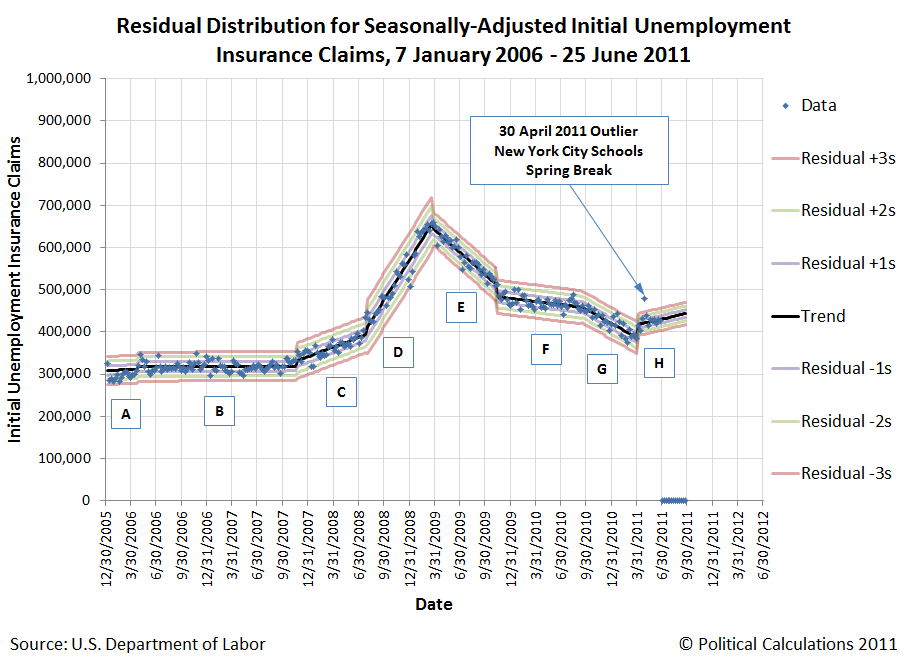 Finally, here is a closeup view of the residual distribution for the current trend in new filings for unemployment benefits, which we've projected forward through the end of July 2011, so you can get a sense of what figures to expect the U.S. federal government to report through the end of the next month. We expect these values to hold while the current trend remains in effect: 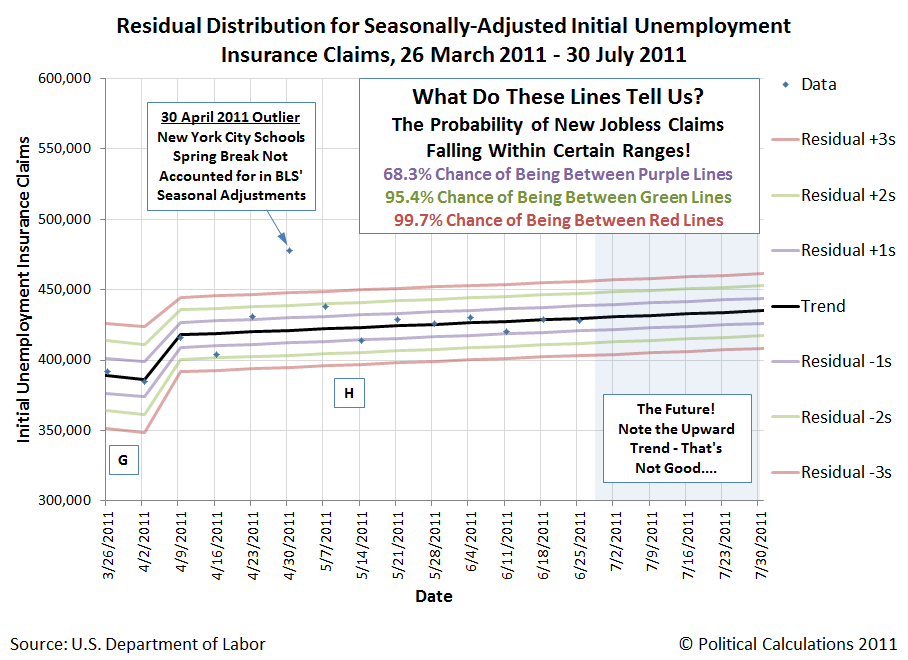 More information about the major trends in new U.S. layoffs is available here.