Two weeks ago, we revealed that the earnings future data for the S&P 500 was suggesting that 2012 would a year of little to no earnings growth for the private sector of the U.S. economy.

Over the past week, the future outlook for investors in 2012 took a turn for the worse as the expected future dividends data for the S&P 500 began to deteriorate. 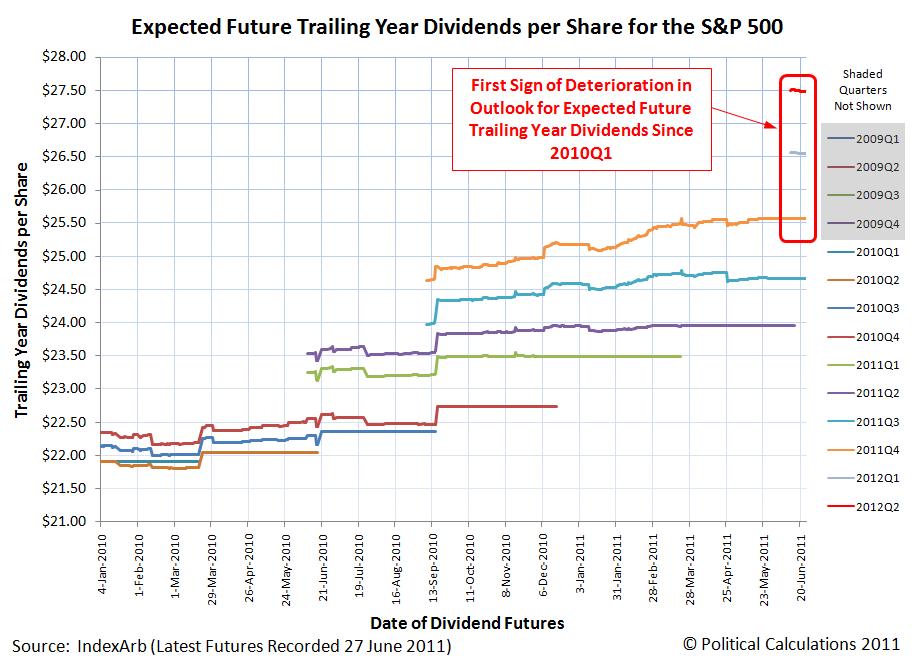 The change marks the first time since early 2010 that we've seen anything resembling a sustained downward trend in this particular data stream. The negative change comes after the S&P 500's expected future dividends per share essentially went flat after 22 May 2011. It is especially significant in that changes in the growth rate of dividends per share provides the fundamental signal for driving changes in the growth rate of stock prices.

The bottom line is that if the stock market's dividend futures have gone negative, so has the real outlook for the U.S. economy in 2012.