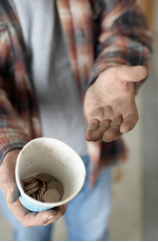 If you are in poverty today, or fall into it tomorrow, will you be doomed to be in poverty for the rest of your life?

If you're one of those people who are so brain dead that you get your ideas from the editorial sections in today's newspapers, you might think so. And if you do, remember that you should use that newspaper for insulation in the winter.

But if you're a typical American, the truth is that poverty, for you, will be a short-lived experience. But you don't have to take our word for it. The U.S. Census, whose job it is to count all Americans regardless of their economic situation, says so!

In Dynamics of Economic Well-Being: Poverty, 2004-2006, Robin J. Anderson finds that for the people who were counted as being in poverty at different times during this three year period, some 77% lifted themselves out of poverty.

Remarkably, for all those who were in poverty for two or more consecutive months in the time from 2004 to 2006, the typical duration of being in poverty was 4.5 months, with 47.7% getting out of poverty in four months or less, but with 12.4% lasting more than 24 months.

But what about the people who were chronically in poverty? What percentage of all the people in the entire United States were counted as being continually in poverty in the three years from 2004 through 2006?

The following figure from the report illustrates the depth of chronic poverty in the U.S. during these years: 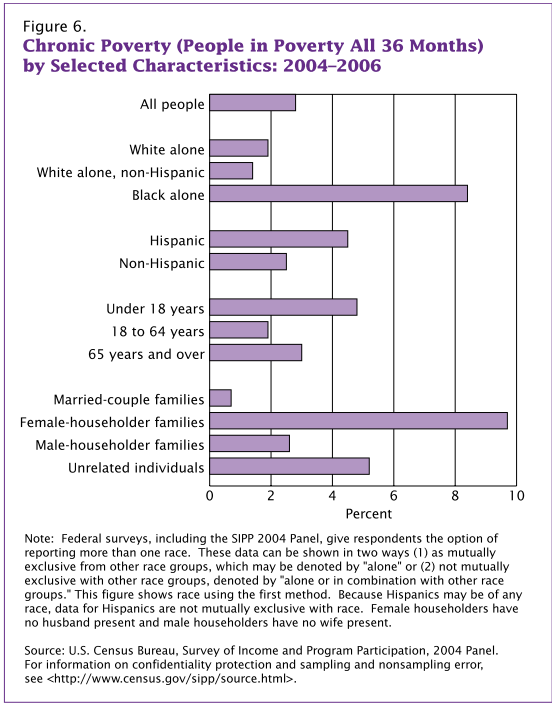 As you can see, these values are far smaller than the monthly and annual poverty rates recorded and widely reported over the same period: 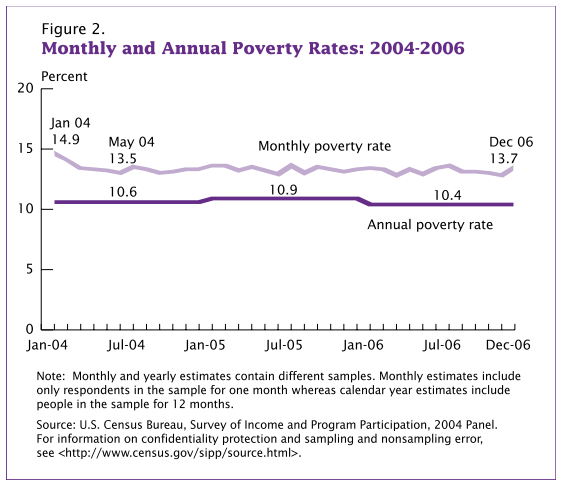 That's not to say that poverty isn't a problem. For the vast majority of Americans, it is however best described as a very temporary condition. The only way it could become permanent is if the government acts to put well-intentioned barriers in the way of those seeking to leave poverty behind.

And how do we know that isn't what kept those chronic 2.8% of the U.S. population in their impoverished conditions during those three years?